From afar, the screen may look convincingly real. All of the colors, layout and styling matches what you might expect from a Bank of America ATM.

But look closer, and the gag is revealed. Instead of “Bank of America,” the sticker covering the screen of the ATM reads “Bankrupting America.”

It’s not the first time we’ve seen (mostly) benign defacing of Bank of America ATMs. This latest campaign was directed and coordinated by activists from the Rainforest Action Network, who posted Friday to take responsibility for their clever, non-permanent on every single one of the mega-bank’s 85 ATMs in San Francisco. 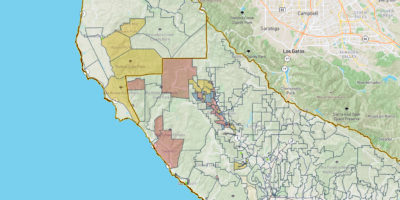 This, incidentally, is what every card-carrying 49ers fan should look like starting right... about... NOW.