The U.S. Food and Drug Administration Friday issued an emergency use authorization of Pfizer’s Covid-19 vaccine in children ages 5 to 11, though there are still some hurdles to overcome before the pediatric doses can be administered.

Each vaccine iteration must be approved for use by the FDA, Centers for Disease Control and Prevention and, in California, the California Department of Public Health prior to use.

The state health agency and local health officials rely on the Western States Scientific Safety Review Workgroup to “independently review the safety and efficacy of any Covid-19 vaccine that receives FDA approval for distribution.”

Recent developments regarding vaccine approval for children and boosters, as well as mandate policies, have been coming in rapid fire. There’s a good deal of confusion as to what is approved and by which agencies, what is in the pipeline for regulatory approval and what it all means in terms of daily life.

It’s worth noting that CDC Director Rochelle Walensky warns that the definition of ‘fully vaccinated’ may change as booster shots become widely available for the general population.

Here, we’ll attempt to untangle the web and offer some clarity on where things stand as of now.

Unless otherwise noted, authorizations listed below denote clearance through the FDA, CDC and CDPH.

Eleven states led by Republican governors filed a lawsuit Friday against the White House administration in an effort to block the mandate for federal contractors, alleging the order violates federal procurement law and is unconstitutional.

California required all teachers and other school staff serving children, on both private and public campuses, to be fully vaccinated by Oct. 15.

All workers in health care settings — hospitals, skilled nursing facilities and all other medical-related facilities — must have received either their first Johnson & Johnson dose or second Moderna or Pfizer dose by Saturday. Exemptions will be considered for religious beliefs or medical reasons, and those who qualify for an exemption are subject to weekly testing and must wear at least a surgical mask inside facilities at all times.

The state will require all K-12 students, at both private and public schools, to be vaccinated by the semester start after the FDA fully approves a Covid-19 vaccine for ages 12 and older, and for ages 5 to 11. The Pfizer vaccine is currently the only vaccine with emergency use authorization for people under the age of 18.

Gov. Gavin Newsom announced that “personal belief” exemptions would be considered, though some lawmakers have indicated they will attempt to close the exemption loophole for fear it will be overused and leave school populations unprotected.

Editor’s note: This story will be updated as new information becomes available. A comprehensive guide to Bay Area county and city vaccine mandates, and current vaccination rates, will be published in a separate story. 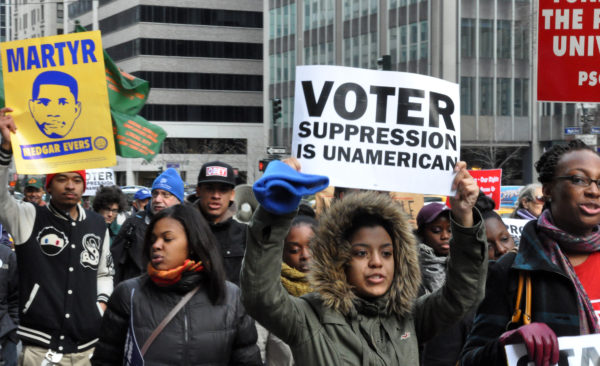