A pair of homers from Joey Gallo and a two-run shot from Nick Solak in the ninth off Domingo Acevedo gave the Rangers just enough after Oakland (47-34) fell just short in a ninth inning rally to lose 5-4 to last-place Texas (31-48) Tuesday night.

CORRECTION Due to an editor’s error, the original headline for this story incorrectly described the A’s as being in first place.
Embed from Getty Images

Solo homers in the ninth from Jed Lowrie and Mitch Moreland off Ian Kennedy closed the gap to a single run, but Kennedy was able to coax popups from Sean Murphy and Chad Pinder to strand Elvis Andrus and hand Oakland their first loss of the season after an off day, against nine wins.

Tony Kemp had a double in the third but was left stranded. He spoke about how it was just a bad night and the team had plenty of chances to score:

“You can’t look so much into the ninth. I mean obviously that was a good little comeback that we had there. We fell short but we had eight other innings to get some hits, get some walks and get some runs and tonight just wasn’t our night.”

Matt Chapman got the A’s on the board when he swung at the first pitch he saw from Mike Foltynewicz (W, 2-7, 5.17 ERA) in the opening frame, devouring the ball 420 feet into the left field bleachers to put the A’s up 1-0. His solo blast extended his hit streak to 16 games, a new career high.

Melvin said Chapman is getting more comfortable with his hip, and his mechanics are now allowing him to hit the ball farther. Melvin said he even notices a difference in batting practice:

“He has got some hits here in the last couple weeks or so and is starting to drive the ball so I think it starts with his lower half.”

On a 3-1 count, Gallo smashed a ball to right-center to make it 1-1 in the fourth. The A’s bounced back in the bottom of the inning after a Lowrie single was followed by a Ramon Laureano line drive to left that Eli White dove for and missed. The ball rolled to the left field wall and Lowrie sprinted for his life and was safe on the slide home to give back the A’s their lead at 2-1.

Gallo stepped hit another homer (18) in the sixth to put the Rangers up 3-2. Kaprielian allowed three runs on five hits in his six innings. He didn’t walk a batter and struck out five of his first six batters to finish the night with six total. He threw a career high of 105 pitches and kept his team in the game.

Melvin was pleased with his outing and said they are incrementally getting his pitch count up:

“Got five of the first six guys, we’ve seen them get a lot of swings and misses. We’ve seen him get some strikeouts. They made him work, made him throw a lot of pitches. I’m kind of surprised he had the pitches to get through six but just a couple pitches to Gallo really ended his day… it was good he was able to give us six. Gallo hits the ball the opposite field, not too many left handers are going to go out there on a cool night but he did. Other than that, gave up six hits and didn’t walk anybody? He pitched another good game.”

Sergio Romo threw a 1-2-3 inning seventh inning on nine pitches before J.B Wendelken made his first appearance back from the IL, allowing a hit and intentionally walking Gallo to escape the eighth inning scoreless.

Lou Trivino and Acevedo were warming up in the bullpen and Acevedo took the mound in the ninth. His MLB debut was last Monday — he threw a clean inning against the Rangers — but couldn’t do the same Tuesday night. He walked Heim before Solak hit a bomb to make it 5-2.

Kemp explained the positives in the ninth and the team’s mindset headed into Tuesday:

“Obviously that gives us some confidence that we know we can get to one of their better arms. We didn’t get to him [Kennedy] when we were in Texas but to get some good swings off of him like that in the ninth especially with that is what this team is, just resilient. To put some at bats together, that was huge. Those were some big homers, some big hits right there and it will carry over. We will come back strong tomorrow.”

Tuesday night was the first A’s home game with no restrictions on attendance due to Covid-19. The posted attendance was 4,739. 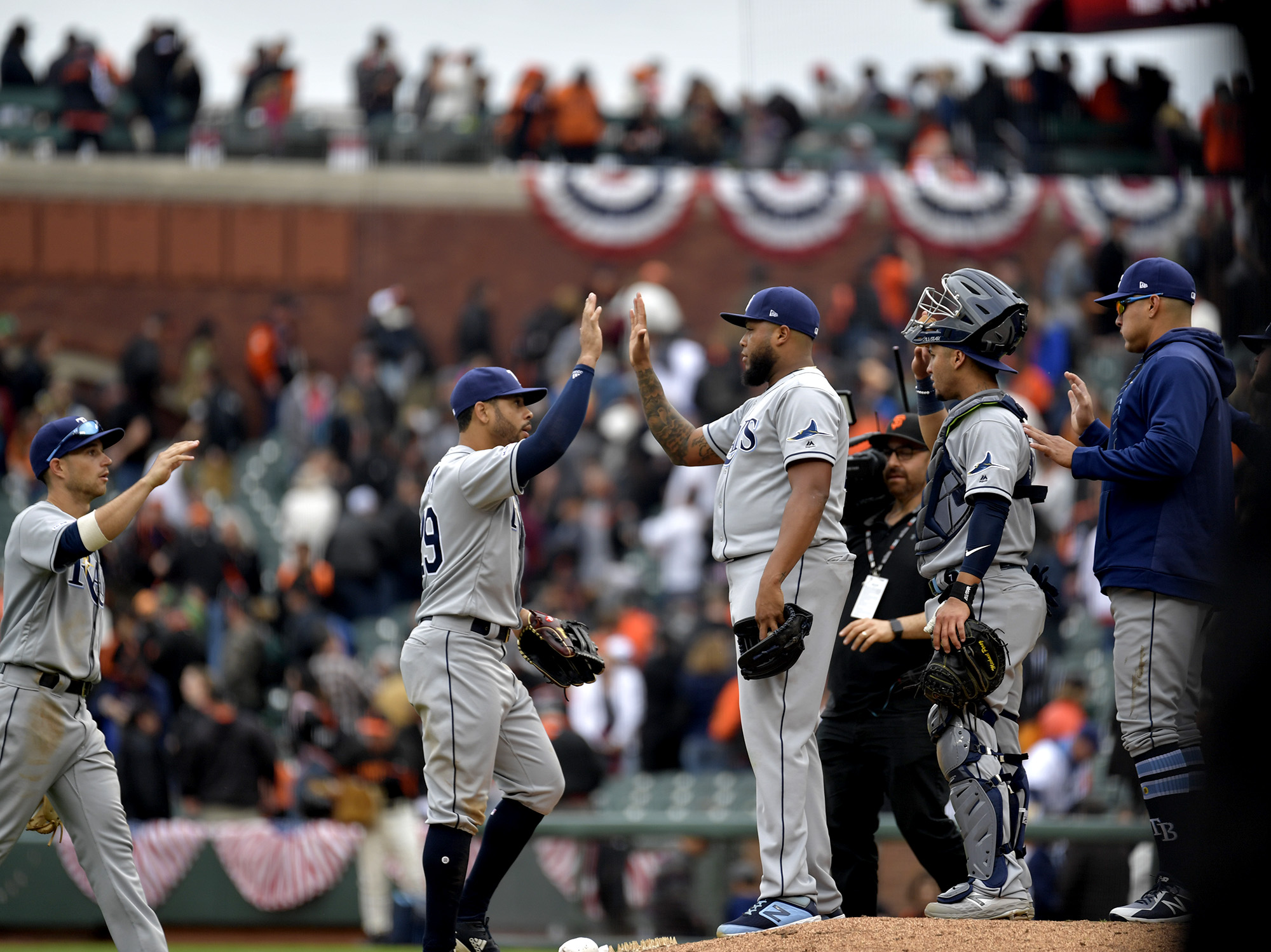