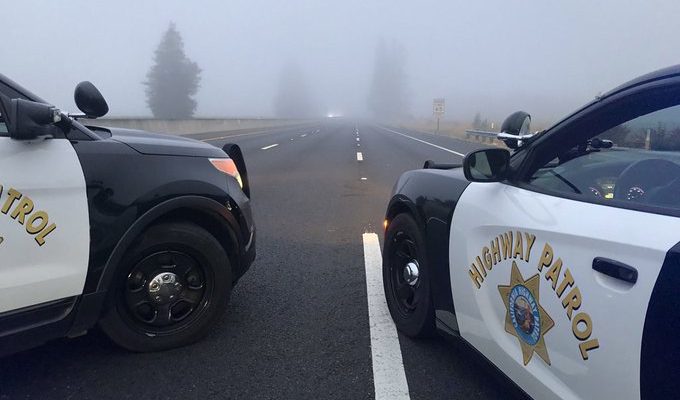 A police pursuit began early Sunday, September 15, 2019 when it is alleged Eric Van Gelder of Geyserville, Calif. failed to stop, drove past a closed road break, nearly hit a California Highway Patrol officer and led them on a chase exceeding 100 mph. A long standoff took place after a spike strip disabled Van Gelder's vehicle. A SWAT team later removed him from the car using "non-lethal methods."

Northbound U.S. Highway 101 in Sonoma County has reopened to both southbound and northbound traffic following a California Highway Patrol standoff with chase suspects between River Road and Airport Boulevard that closed the roadway Sunday morning.

The closure began around 7:30 a.m. when a vehicle was stopped following a CHP pursuit but the occupants refused to get out. One suspect had been taken into custody by 9:36 a.m., according to CHP. The incident occurred in an area south of the Sonoma County Airport.

The Walnut Creek City Council is scheduled to discuss on Tuesday whether to support the Contra Costa Transportation Authority's 2020...