By the time New Year’s Day has rolled around, the Oakland A’s usually have made a number of roster moves.

This year, though, they’ve made exactly one that will likely show up on opening day. A rarity, at least, which begs a few real questions: what in the world are the A’s doing? Are trades coming? What about free agent signings?

The one free agent signing that should be on the opening day roster is outfielder Matt Joyce.

They signed Cuban pitcher Norge Ruiz, a right-handed starter who has been considered one of the best in the international prospect pool. It’s an area where the A’s have been investing more than usual in, as Oakland signed Cuban outfielder Lazaro Armenteros last June and continued scouting outside the U.S. appears to be in the cards.

Inside America’s borders, though, the A’s have done little this winter.

They were in on Edwin Encarnacion, who will be position-less until opening day but works his lumber with the best in baseball. They reportedly offered more than any other club on an annual basis, but the contract length was a year shorter than the pact signed in Cleveland.

The biggest surprise of Oakland’s offseason, though, is the pure lack of trades, and even the utter lack of being connected to any trades.

The A’s shipped infielder Brett Lawrie away during last year’s winter meetings, and made headlines the year before as they dumped Josh Donaldson, Brandon Moss, Derek Norris, and others.

They have not moved pitcher Sonny Gray or catcher Stephen Vogt, like many anticipated, and though their needs are many, they seem content to stand pat unless they are approached with an offer too good to pass up.

It’s easy to point to the fact that Lew Wolff is no longer majority owner, and perhaps the A’s will get with the major league program as it relates to spending and fielding a competitive roster while making efforts to sustain it.

It’s just as easy to believe new team president Dave Kaval and vice president of baseball operations Billy Beane, who made the claim that a big part of getting a new stadium is having a team that is exciting and competitive.

It’s hard to believe for anyone that has covered the team over the years, though, that the A’s are turning a corner and beginning down a new path.

If a team offers the type of package the Dodgers gave for Josh Reddick and Rich Hill — which included three very solid starting pitching prospects — Sonny Gray will likely be packing his bags and renting furniture in another major American city.

Are the A’s simply planning to eschew from moving more fan favorites in order to earn the trust of fans while hoping for increases in ticket sales? A change is needed in that department, no doubt, as the Oakland Coliseum was less populated than the most scorching parts of Ethiopia during summer of 2016.

But more changes are needed.

This was made clear by the records over the last two seasons, stinking of sewage, rodents and jockity body odor, and anything else with an awful stench.

Altering course so severely, though, seems crazy, if only because the A’s front office has been so predictable in their quest to shed player salaries and simultaneously bring more prospects into the fold.

There are plenty of free agents left on the market, a few with major upside. Given the details of the A’s pursuit of Encarnacion, I expect Beane and Co. to target a few of them, looking for two-year deals.

One of them is Greg Holland, who missed 2016 following a massive workload between 2014 and ’15, blowing his elbow out and undergoing Tommy John surgery.

Holland probably won’t ever return to his old self, though getting back 80-90% would still represent an above average major league reliever. Another is Jose Bautista, who still possesses a huge bat, though he’s not the same player he once was at 36-years-old.

Another oldhead with experience and skills, relief pitcher Brad Ziegler, 37, could be a steal on a one year deal. And for him specifically, a midsummer trade would likely be easy to negotiate given his track record.

Perhaps my favorite high upside guy is Colby Rasmus, who is currently injured and likely to sign a one-year deal. He’s blossomed into a productive outfielder with decent pop and a maturing approach. He’s still a work in progress, but some of his traits are reminiscent of Josh Donaldson when the slugger came to Oakland.

There are still more offensive players who could be very productive for the A’s. First baseman Adam Lind is well, and versatile infielder Mark Reynolds is another.

There are also trades that could be worked out, especially one the free agent market gets hot and cold again, and the A’s have all the capital they need to negotiate for a potential star. They’d better stick to what worked for them in their scouting prior to 2014, though, since that’s when things fell apart.

Whatever the A’s do, whenever they decide to do it, it’s becoming quite clear that some of their methods are changing. They can’t believe in their current roster, even with a major youth movement on the horizon, because they’ve been among the worst teams in baseball since making a brief run for a title in 2014.

We’ll know more soon enough, especially after they finally sign a player or two, and perhaps end their offseason with something as seemingly simple as standing pat.

It’s an irregularity, a complexity only because we’re discussing the A’s and not the Giants or Pirates or Cardinals, but also a sign that there maybe be some relative sanity in Oakland, finally.

And that’s exactly why the question must be asked: What in the Sam hell is happening with the Oakland A’s? 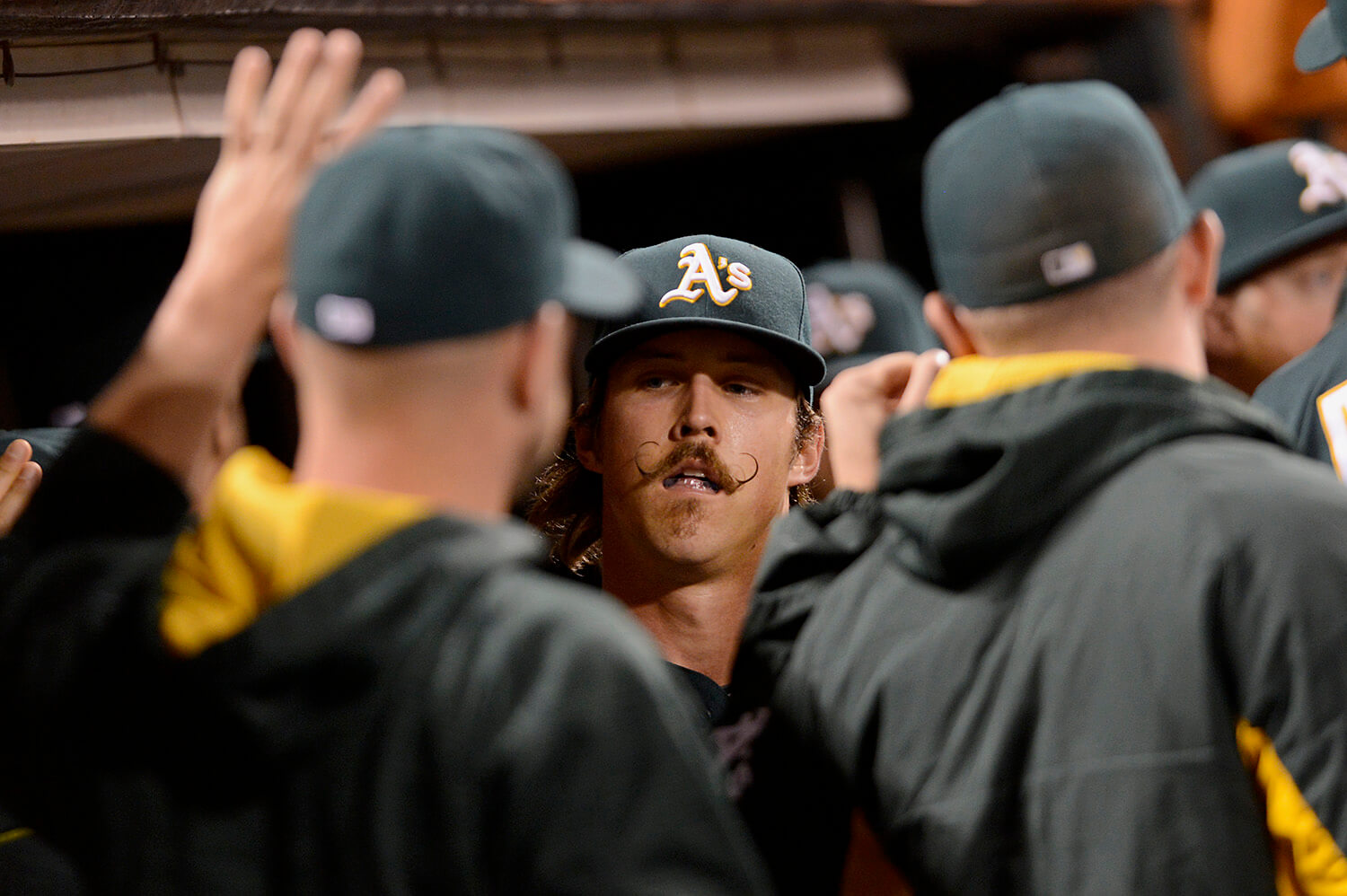 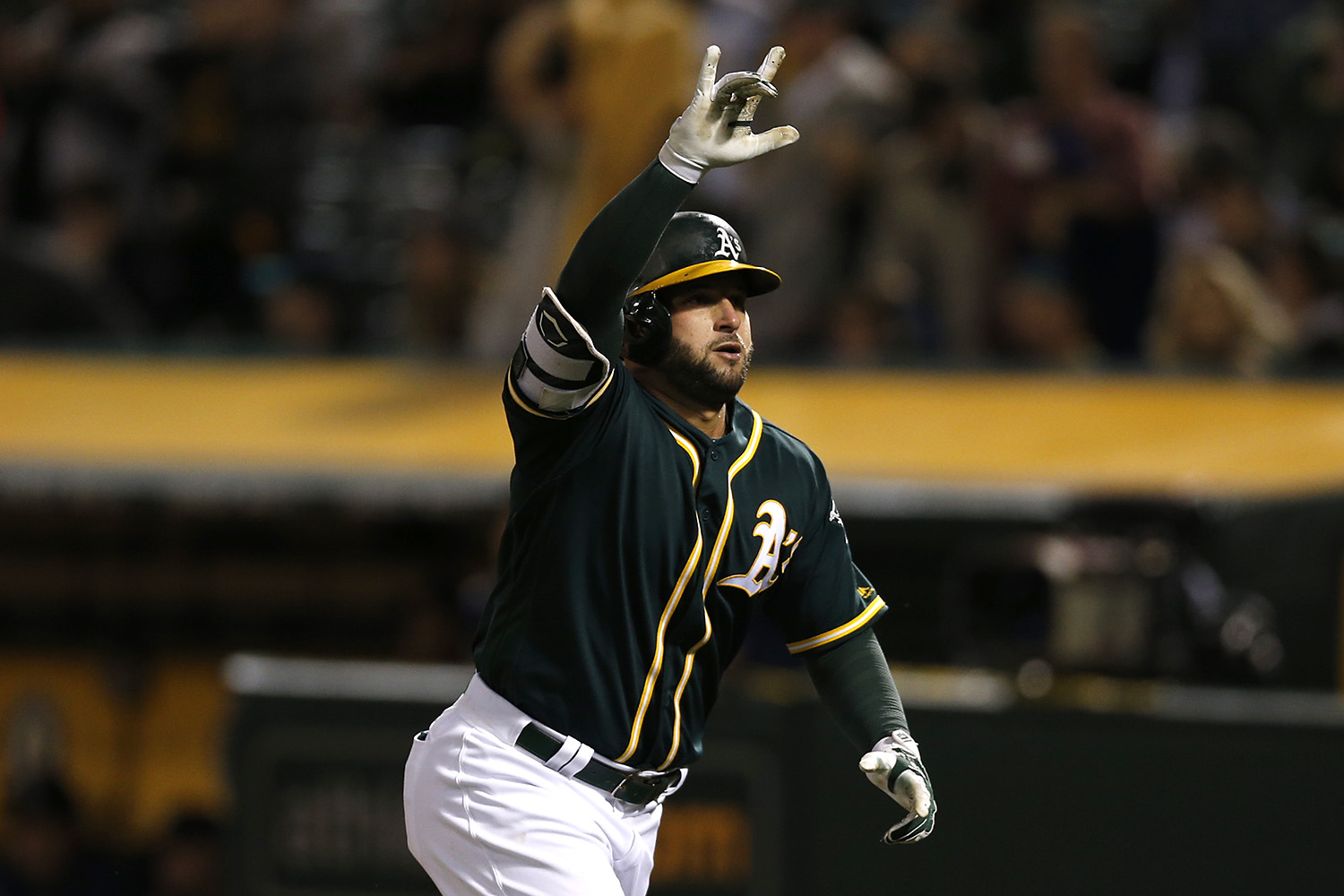