Be careful what you wish for. The drought-ridden Bay Area was in desperate need of rain, but maybe not quite all at once. The storm that swept across the region through the weekend and intensified into an atmospheric river Sunday brought more rain than was forecast, and definitely more than we were prepared to handle in such a short period.

Precipitation totals shattered records in several places. In San Francisco, Sunday’s 4.02 inches of rainfall marked the wettest October day on record and the fourth wettest day in the city’s history going back to the 1850s. Some areas on the peninsula saw about 13 inches in one day.

We reported Sunday as creeks quickly crested over banks, streets flooded like rivers, homes were inundated with water, trees toppled into roadways, power lines and poles fell like matchsticks and, at one point, more than 140,000 Bay Area PG&E customers were left without power as the deluge continued into the night. Shortly before 1 p.m. Monday, power outages were still impacting more than 48,000 PG&E customers around the Bay Area. The number of affected customers was reduced to 45,604 about two hours later.

Here’s a brief update on power outages and major hazards across the region. We will update this story as new information comes in.

One spot in Oakland took in more than 9 inches of rain over the 48-hour period ending early morning — 10.15 inches dumped in one Danville area in that same time.

Parts of Interstate 880 in Fremont were still shut down early Monday morning due to excessive flooding that left seven drivers stalled out and stranded in up to 3 feet of water at some points. The California Highway Patrol said lanes were reopened around 9 a.m.

“The atmospheric river left its mark on your Library. We hope you are holding up much better!”

The highest rainfall recorded in San Francisco over the 48-hour period came in at 7.95 inches, with 4.02 inches falling and breaking records Sunday.

More than 700 whole trees or limbs came down in San Francisco during the course of the weekend storm. The Department of Public Works is still in the process of clearing the debris from sidewalks and roadways.

The Great American Highway was reopened around 7:30 a.m. after flooding receded.

Power outage update: Outages had a significant impact on San Mateo County, with PG&E struggling to reconnect 15,526 as of 3:13 p.m. Monday.

The Spring Valley Ridge area topped the total 48-hour precipitation list for the county with 8.62 inches, according to the National Weather Service.

San Mateo County residents who live near the CZU Lightning Complex fires scar areas were allowed to return home around 11 a.m. Monday. An evacuation order for portions of San Mateo and Santa Cruz counties was issued Sunday at 8 a.m. due to debris flow, flash flood and high wind concerns.

Across the two counties in just 24 hours, Cal Fire CZU crews received reports for 124 incidents of localized flooding, downed power lines, toppled trees and traffic issues. On any normal day, the fire agency said it averages anywhere between 25 to 30 such incident reports.

Linda Mar Beach is closed due to flooding that overwhelmed the sewage system, causing the Linda Mar Pump Station to release sewage into the Pacific Ocean, Pacifica officials said in a press release issued Monday. The beach will remain closed for at least three days as the county health department assesses the water condition.

Power outages update: PG&E is trying to reconnect power to more than 10,000 North Bay customers as of 3:13 p.m. Monday. In Marin County, 3,249 customers are powerless, with the most impact in the Tamalpais-Homestead Valley area where 979 customers are affected. Another 369 customers are still affected in Napa County, 6,643 in Sonoma County — 3,609 in Sebastopol alone — and another 160 in Solano County.

The highest 48-hour rainfall totals across the three North Bay counties monitored by the San Francisco weather service division were: Mt. Tamalpais in Marin County at 16.55 inches, the city of Napa in Napa County at 9.78 inches and Venado in Sonoma County at 14.26 inches.

Solano County is monitored by the NWS Sacramento division, which provided totals for the 72-hour period ending late Monday morning. The county’s highest precipitation total was seen in one Vacaville area that recorded 10.29 inches in the three days.

A mudslide reported by California Highway Patrol at 4 a.m. Monday is blocking State Route 128 near the Monticello Dam at Lake Berryessa. The route between Markley cove and the Yolo County line is currently impassable with a 4-foot pile of rocks and mud on the shoulder side that slopes down to 1 foot across the roadway.

Flooding still has left and center lanes closed on southbound Highway 101 between Interstate 580 and Tamalpais Drive in San Rafael, according to 511.org.

The Marin County Fire Department said Monday they responded to three water rescues, 163 downed trees and 185 public assists for flooding issues in the 24 hours between Sunday and Monday morning. Sausalito declared a state of emergency Sunday afternoon due to extensive storm damage — residents at the Marinship Park encampment were displaced.

The Santa Rosa Fire Department and other local agencies worked tirelessly Sunday to mitigate floods that at one point forced evacuation of residents from 95 homes and an apartment building in the Bennett Valley area. Residents were allowed to return around 7 p.m.

Debris and flooding are still disrupting several roads across the Bay Area Monday afternoon. This story will be updated as new information comes in. 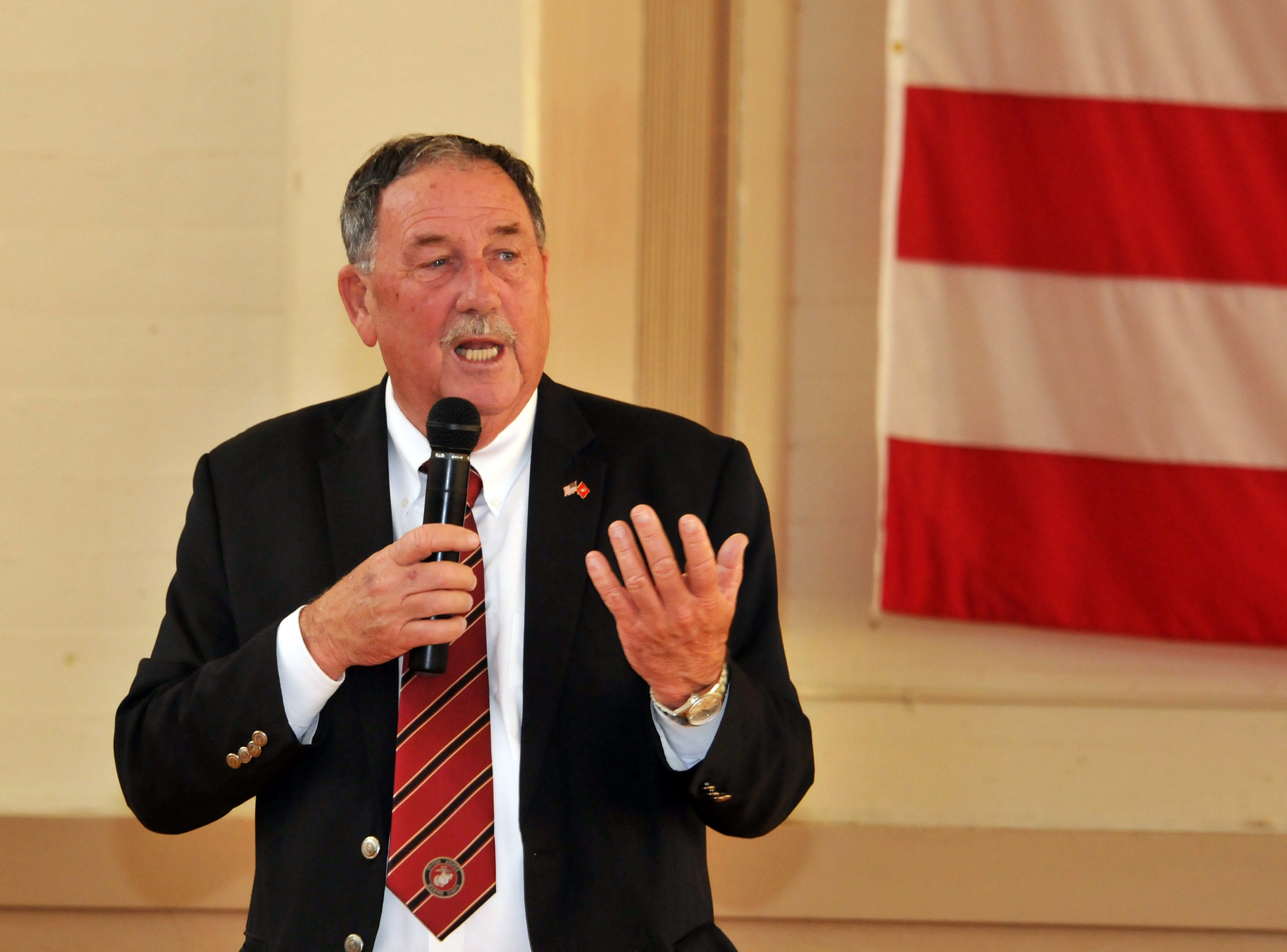 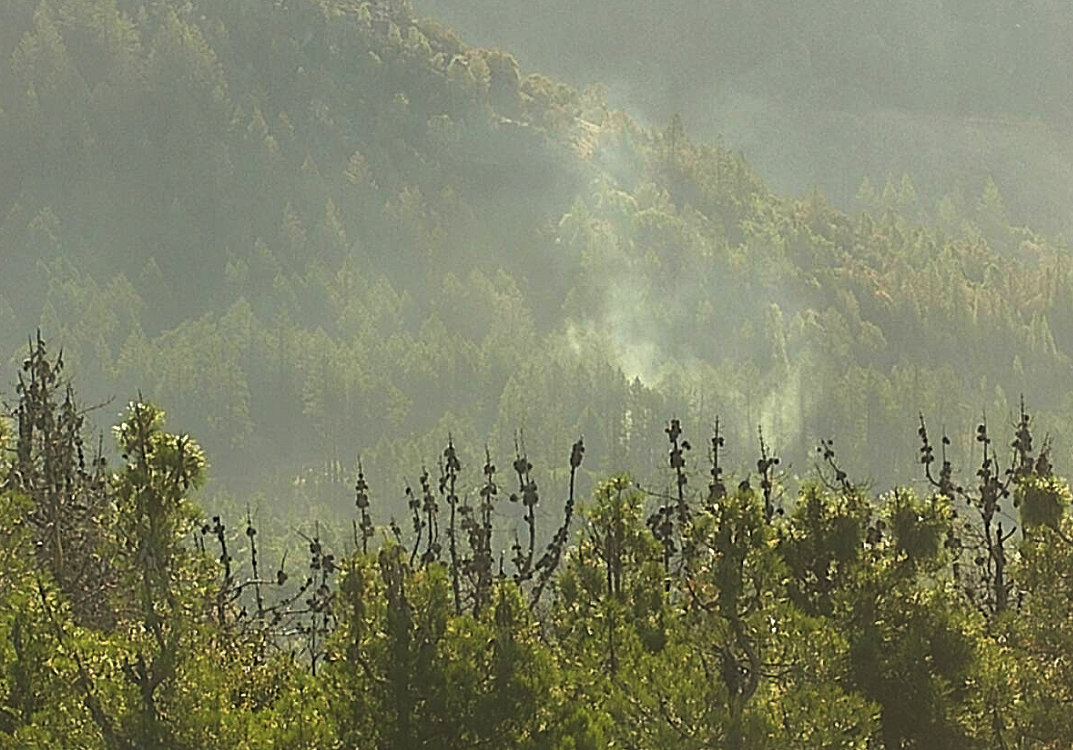