With each loss meaning the world as the Wild Card race ticks down, the A’s dropped two straight this weekend to the last-place Texas Rangers, closing the disappointing weekend with a 4-3 loss Sunday afternoon.

The A’s (77-66) trailed early and the Oakland bullpen kept the Rangers (53-89) scoreless, but a pair of A’s long balls wasn’t enough. Joe Barlow picked up his sixth save of the season and left little hope for an A’s walk-off victory.

Bob Melvin explained the frustration of losing the series and how important winning a series is in September:

“It doesn’t matter who you’re playing at this point. You have to win the series and we are going to have to run off some series in a row or games in a row, there is still time left to get on to a little bit of a run. It felt like we were, yesterday was a speed bump for us so we are going to have to go to Kansas City and look to play a little better baseball than we did, especially in the last couple innings and today.”

The Rangers did damage on James Kaprielian (L,7-5, 4.02 ERA) in the third when Yohel Pozo doubled to start a three-run rally. The Rangers had two on with no outs when Isiah Kiner-Falefa cleared the bases with a bloop single. The A’s challenged Yonny Hernandez’s slide home but Yan Gomes missed the tag and the call stood. A single and walk loaded the bases before Jonah Heim sacrificed the third run. The Rangers led 3-0 and could only add on one more run Sunday.

Kaprielian lost both starts in the seven-game homestand, never getting to four innings. He said he is not satisfied with his performance:

“We are close. Close to getting hot and we have done a good job of battling and grinding and I am extremely frustrated. I haven’t been able to put up a good start against that team at all… I just want to be able to finish strong and help this team win and I haven’t been doing that.”

Jason Martin singled to lead off the top of the fourth, stole second, then landed on third after a Gomes throwing error. Kaprielian had two outs and a 2-2 count to Leody Taveras, when the ninth pitch in the at-bat – clearly a strike – was called a ball by home plate umpire Bill Miller, bringing it a full-count.

The A’s rookie starter was visibly upset, and rightfully so. On next pitch, Taveras roped a triple to right that Pinder just missed to put the Rangers up 4-0. Had the pitch been correctly called a third strike, the winning run would not have scored and Oakland could have found themselves tied 3-3 at the end of the game.

Kaprielian said he can’t blame one bad call, and was hard on himself for even putting himself in that position:

“That’s baseball. A college coach used to always put in my mind that no matter what happens in the game of baseball, excuse my language but you are not that shitty that you need every pitch.”

” … I thought it was a strike. Whatever TrackMan says, TrackMan says, but he called it a ball. If he calls it a ball, that is what it is. I can’t blame one call on a game. … I probably gave him too good of a pitch in that 3-2 count and probably need to do a better job of finishing him in a 1-2 or 2-2 count anyway.”

The A’s had back-to-back singles in the first two at-bats of the game but a weird, one-out blooper by Mark Canha forced a 3-5-6 double play to end the inning. First baseman Nathan Lowe looked like he was going to catch the ball so the runners froze, but he let it drop and quickly turned a double play on a ball not high enough to be ruled an infield fly.

The A’s bats were silent and Taylor Hearn (W, 6-4, 3.99 ERA) retired eleven straight after Starling Marte‘s single in the first. Hearn didn’t allow a hit until Yan Gomes led off the fourth with a solo blast to left to make it 4-1. Hearn retired the next three batters after Gomes’ homer and it wasn’t until a two-out rally in the sixth that the A’s picked up more runs.

Marte singled with two outs in the sixth then stole second while the ball was still in Hearn’s hand. Hearn stepped off the mound and threw into center field to put Marte on third on a 1-1 count to Matt Olson. Putting himself in scoring position was appreciated but unnecessary, as Olson launched the very next pitch 412 feet into right field, almost landing in the second level bleachers. The two-run homer made it 4-3, and the A’s two-out rally was back in the final game of the series.

Daulton Jefferies threw a scoreless 3-1/3 innings to keep the Oakland in the game. The starter turned long reliever has been fantastic in the bullpen. Jake Diekman pitched the eighth trailing one run and struck out three to end the inning.

Lou Trivino pitched the ninth and struck out Kiner-Falefa for the final out of the inning but a passed ball allowed the inning to continue. Kiner-Falefa eventually stole second and Adolis Garcia battled in through 13-pitch at-bat before finally popping out to end the inning.

Friday: A’s 10, Rangers 5 – Oakland played fantastic as a whole on Friday for the first game of the series. Paul Blackburn lasted just 2-2/3 innings, but the Oakland bullpen – who had been struggling – put up zeroes for 5-1/3 innings. Deolis Guerra, Lou Trivino, Yusmeiro Petit and Jake Diekman were well rested after A’s starters threw seven full innings in the previous two games. Burch Smith allowed a run in the ninth but the A’s offense was so hot, it didn’t matter. Every single A’s player reached base Friday night. Mark Canha and Matt Chapman were the only players to not get a hit but Canha was hit for the 23rd time and Chapman drew a full-count walk. Matt Olson was 4-for-5 and he drove in 3-runs on a double which gave him a season total of 94 RBI, a new career high.

Saturday: Rangers 8, A’s 6: Cole Irvin threw seven innings, exiting with a 6-2 lead. But Sergio Romo allowed a one-out single before giving up a two-run homer to DJ Peters. Romo walked Lowe on four straight pitches before getting the second out. Andrew Chafin (L, 1-3, 1.78 ERA) relieved Romo but gave up a homer to former Athletic Jonah Heim to put the Rangers up 7-6. Yusmeiro Petit pitched the ninth and the first pitch he threw was a homer to increase the Rangers lead to 8-6. The bullpen only needed six outs on Saturday but instead allowed six runs in a brutal 8-6 loss.

Khris Davis walked out to Eminem’s “Guess Who’s Back” against the team that optioned him earlier this season. Davis went 2-for-8 in the series. …Seth Brown was reinstated from IL after testing positive for Covid-19 on Aug. 27. … The A’s now stand three games back in the Wild Card race with plenty of baseball left. Five teams, including Oakland and Seattle in the AL West, are within three games of the AL Wild Card.…Matt Chapman hit a home run in the final game of the White Sox series in his first at bat of the game but has been hitless ever since. Chapman is 0-for-9 with seven strikeouts since the homer and did not play Sunday and left after striking out twice on Saturday but Bob Melvin said he exited the game because he is banged up after fouling a lot of balls off his leg and he doesn’t wear shin protectors.

The A’s have an off day on Monday and Frankie Montas, Sean Manaea and Paul Blackburn will start in the three-game series against the Kansas City Royals.&amp;nbsp; 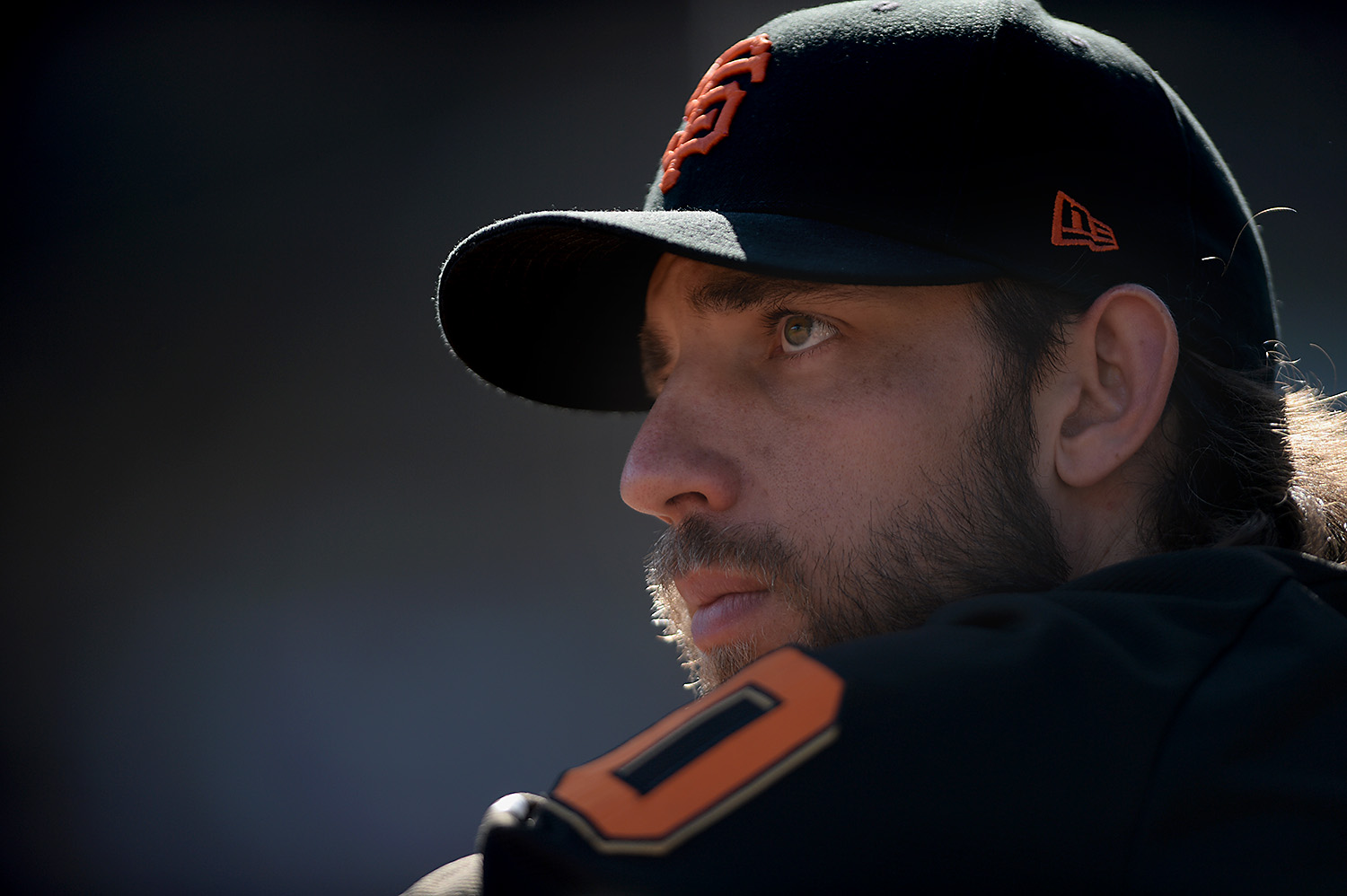