Shooting for a series sweep on Mother’s Day, the A’s came up short, falling to the Rays 4-3 after a Mike Brosseau solo shot in the sixth gave Tampa Bay (19-17) just enough to end Oakland’s longest homestand of the season at .500 (5-5).

The A’s (21-15) finally got a run on the board in the fourth inning and of course it came with two outs. Matt Chapman hit a line drive to left field, then Seth Brown drew a walk before a Stephen Piscotty flare to shallow center scored Chapman from second.

Mitch Moreland stepped up to the plate with runners on the corners, and a wild pitch put Piscotty in scoring position before Moreland hit a grounder to center that escaped Tampa Bay shortstop Willy Adames to clear the bases. Moreland’s two-run, RBI single made it 3-0 before Shane McClanahan — already at 77 pitches — got the final out.

McClanahan entered the fourth with 48 pitches having allowed just one hit from Matt Olson in the first inning. Meanwhile Cole Irvin was solid until the fifth, when Brosseau, his second baserunner of the game came, hit a pop up high above home plate but the ball dropped just fair and rolled foul. Ruled an error by catcher Sean Murphy, Chapman and Olson had run toward to home. Irvin and Jed Lowrie didn’t cover first base, so Brosseau was safe at first.

Irvin said that play was tough despite the team being used to playing day games on their field. It is never easy and Irvin was not upset at all about that play. He backed up his catcher:

“I couldn’t see it without a doubt, could not see it. It was directly in the sun majority of the way, maybe I make a heads up play and try to go over to first but I was definitely not expecting that ball to fall at all and then it fell in fair territory and I think it startled everybody, even the hitter so it is just one of those freak deals. We play a lot of sun games here and we are used to it but sometimes that just happens. That is baseball and there is nothing to get mad over about that. I thought Murph called a great game and I thought he did a really good job of handling what I had today.”

Joey Wendle followed with a hard grounder that went right under Olson’s glove and rolled into the right field corner to put runners on second and third with no outs. Adames then sent a home run to right field to clear the bases and tie the game 3-3.

Irvin broke down his outing and said has a lot higher expectations on himself:

“I don’t know if he in his career has sat on a change-up and took it the other way so I thought that was a pretty good pitch to throw him and he beat me and all I can do is tip my hat… I could have thrown anything but a slider to Brosseau so it was just one of those things where I didn’t get that back foot slider enough, it was a good pitch down and in for a strike, but it wasn’t going to be enough to get him to swing over it so I probably should have gone with a different pitch there and we might be talking about a different ballgame but it is what it is.”

Irvin came back out for the sixth and, with two outs on a 1-2 count, gave up the solo homer to Brosseau to make it 4-3. Irvin finished the inning and neither team scored afterward. Bob Melvin thought Irvin pitched well and also gave credit to Adames:

“You got to give Adames some credit too. He is painting out there all day long, he went the other way, he hit a ball where the win way kind of blowing out a little bit and he hit a homer so he’s pitched really well. He only gave up four hits and basically was one ball that you really have to give a hitter some credit on.”

McClanahan lasted four innings and threw 80 pitches, allowing three runs off four hits. He struck out five and walked two batters before Jeffrey Springs (W, 3-1, 2.30 ERA) took the mound in the bottom of the fifth to face top of the order. Springs put up a zero in his fifth inning, and Tampa Bay relievers kept the A’s scoreless the rest of the way.

The A’s have been relying upon their three most consistent relievers, and it seemed as if Yusmeiro Petit, Lou Trivino or Jake Diekman don’t enter a game, the A’s lose. Sergio Romo threw a perfect seventh striking out three straight, even if it was the bottom of the order, Tampa Bay’s lineup is no joke from start to finish. Burch Smith threw a perfect eighth with two strikeouts to keep the game at 4-3 in his perfect ninth.

Melvin was very happy with his bullpen’s performance and touched on Smith’s two innings:

“He was terrific. We have seen him pitch really well for us. Elevating his velo was good, he’s got good spin at the top of the zone. At that point in time with how our bullpen kinda played out, this was the kind of opportunity we wanted to give him and a guy that can give us two innings, he pitched well and kept us in the game.”

The A’s trailed by one run and Brown was able to get another chance in the bottom of the ninth. But one walkoff a week is more than enough, and he couldn’t do it again on Mother’s Day, striking out looking. Stephen Piscotty lined out to right, then Mitch Moreland drew a walk and Tony Kemp pinch ran for him on first. Elvis Andrus stepped to the plate for the first time since his seventh inning triple got through Margot’s glove, but he grounded out to third to end the game.

Chapman had a three-hit game after not putting up a multiple-hit game since April 29. He spoke about what it meant to him after struggling early in the season, and reflected on the Rays pitching staff a whole. He also thanked his mom for a great day:

“Unfortunately those knocks didn’t lead to us winning the game which is obviously the most important but it is something you can build off of and I think getting that infield hit and also that ball that fell in there for me, sometimes having a little bit of luck works too. I think it’s a game you can build off of and the fact that I was getting more and more on time and able to put a good swing on the ball, I think I can build off that for sure. There is no easy pitcher on that staff, they have a lot of good pitchers. From starters to relievers, their entire team knows what they are doing on the mound and there is no easy at bats to be able to get three hits, got to enjoy that for sure. Thanks mom!”

The A’s won the series and have now won four of the seven games played in two weeks. The Rays are a playoff team and if the A’s can keep up with them, they should feel pretty confident about themselves. Melvin explained the series overall:

“Everyone went to the last at bat or the last strike. It wasn’t a surprise that it happened again today. We felt good at 3-0 but their team comes back. They are scrappy like we are and it’s going to come down to the end and it did. So one at bat for us or one less at bat for them decides the game again.”

The A’s finally get an off day Monday after 17 straight games. They fly to Boston Sunday night before a three-game series against the Red Sox starts Tuesday. Chris Bassitt (2-2, 3.70 ERA) and Nathan Eovaldi (4-2, 4.62) will take the mound for game one set for 4:10 p.m. PDT.

Matt Chapman had a three-hit game… Sergio Romo threw a perfect seventh with all strikeouts. … Burch Smith is topping 95 mph, which is good to see. 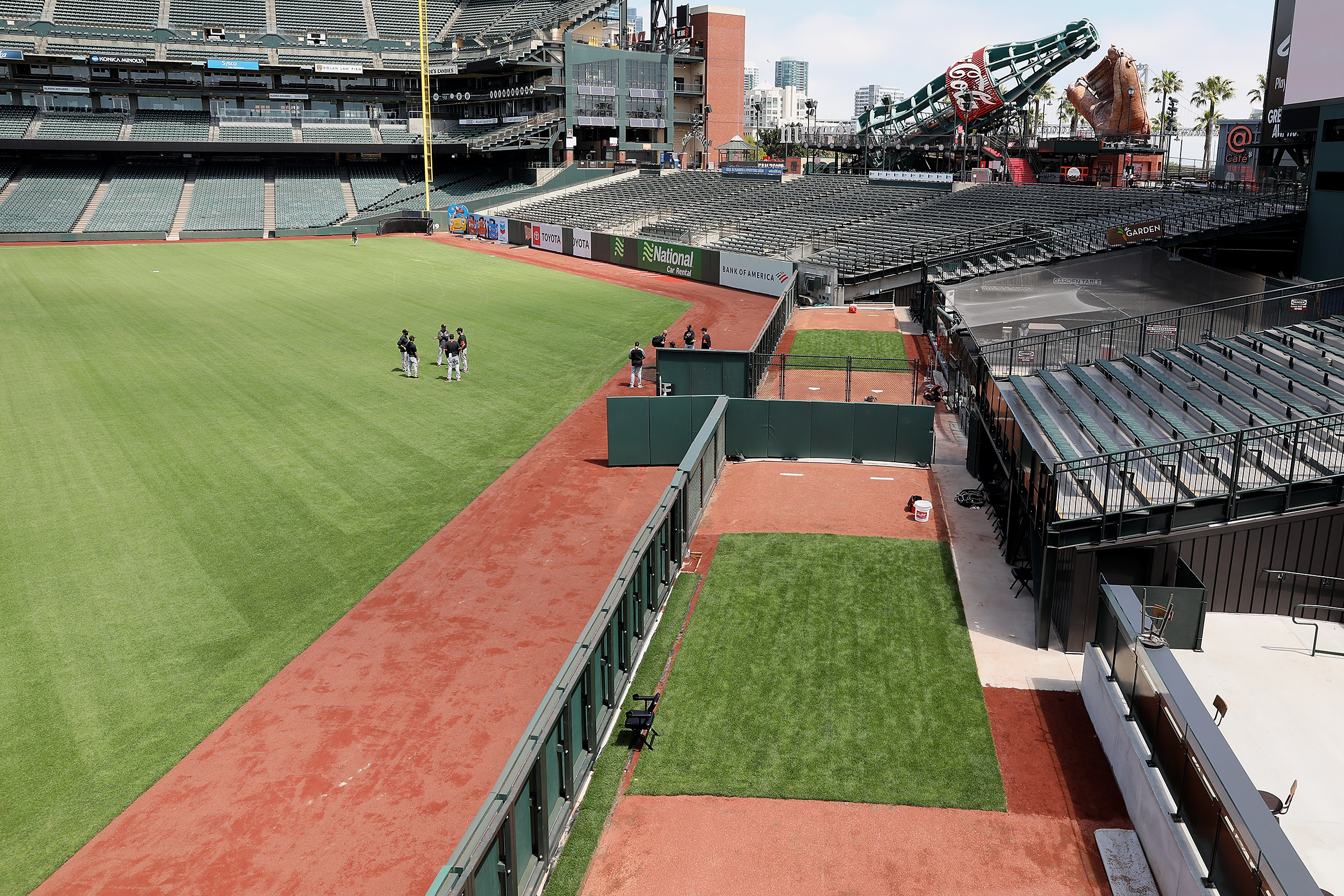