After 25 runs, 11 pitching changes and 10 innings spanning four hours and 16 minutes, the A’s won 13-12 in the tenth inning against the Twins when a throwing error by third baseman Luis Arraez scored Tony Kemp to hand Oakland their 11th straight win.

Home runs from Matt Olson — his second of the day — and Seth Brown off Kenta Maeda seemed enough to lock in eleven wins up 7-4 in just the third inning. But Minnesota roared back to take a 10-7 lead when Sergio Romo took the mound in the sixth before a Jed Lowrie double in the bottom of the inning closed the gap to 10-9.

A ninth-inning rally would plate Chapman again to tie the game at 10-10 before the roller coaster ride continued in extra innings. In his second inning of work, Lou Trivino served up a two-run home run to Byron Buxton to give Minnesota a 12-10 lead in the top of the 10th.

Down to their last out in the 10th, and with Chapman standing on second, the A’s got consecutive walks to Brown and Andrus to load the bases.

With “Let’s Go Oakland!” chants filling the Coliseum, Laureano fouled four balls off before making contact on a hard-hit ball to Arraez who completely overthrew first base. The ball ended up in the Twins dugout as the A’s (12-7) celebrated their 11th straight win.

The A’s never gave up, and Melvin touched on a possible new motto, “never say die”:

“We are doing some good things right now so there is a ‘Never Say Die’ attitude regardless but when you’re playing the way we are, and were pretty optimistic, whatever transpires over the course of the game you always feel pretty good about it. Elvis draws a walk, then a bobble over at second, it just never felt like we were out of the game, even though there were several times in the middle of it, it felt like we just couldn’t stop them offensively.”

Montas lasted just four innings and didn’t have his best start. He said he could only rely on his fastball, on which the Twins were able to capitalize. But he was happy his team came out on top:

Josh Donaldson swung at the first Montas pitch he saw in the first inning, a 97-mph sinker that landed 412 feet in the left-field stands. The Twins were on the board for the first time of the three-game series, up 1-0. The A’s hadn’t allowed a single run in 40 of their last 41 innings, but that streak snapped during the second batter Montas faced.

Olson led off the second inning and blasted a Kenta Maeda slider to right field to tie it 1-1. Olson was the first A’s batter to see more than three pitches in his at-bat and he made the eighth pitch his fifth homer of the season which marked the start of a second inning comeback.

Mitch Moreland took an 81-mph slider to the arm before Brown singled to put runners on the corners with two outs. Elvis Andrus followed with a line drive to center to give the A’s a 2-1 lead in the bottom of the second.

Mark Canha had his first hit since the Tigers series when he hit the ball back to Maeda for his second at bat in a row. The first time, second baseman Arraez was able to get the out. But the second time, the ball rolled to the shortstop area and Canha reached on what was ruled single to load the bases.

After three straight singles, Maeda threw a wild pitch to Laureano, making it 3-1. The A’s scored all three runs off four hits and one hit batter in the second inning, after Maeda only needed 7 pitches in his perfect first.

Melvin explained part of the mojo that has buoyed his team during their 11-game win streak:

“We have actually at times been really situational this year. Especially in close games. If you put it in play something good can happen and thats exactly what happened there. At the end, there was a lot of pressure on him when he gets that ball and has to make a good throw to the diamond based on how the game went, it just felt like the game is going to somehow unorthodox like the entire game was and it did.”

Arraez hit a full-count ground rule double over Laureano’s head which bounced on the warning track over the wall in straight center to lead off the third. Donaldson swatted a hard line drive to left, scoring Arreaz from second. The Twins trailed 3-2 with no outs in the third, with Donaldson responsible for both Twins earned runs.

Nelson Cruz hit his fifth homer of the season on a full-count and cleared the bases when he blasted the second homer of the game off Montas in the third, a two-run homer to give the Twins back their lead, this time 4-3. Cruz was booed as he took his time rounding the bases. The A’s still had no outs.

Montas was hittable the entire inning despite his high velocity. A double, single, homer, Chapman play, single, mound visit at 45 pitches, Olson foul ball catch, Willians Astudillo struck out swinging but a wild pitch on the called strike thrown to first was not in time. Montas struck out Rooker to escape the inning trailing by just one run.

Jed Lowrie led off the fourth with a double down the right-field line, becoming the tying runner before Olson hit a 2-run homer to straight center to give the A’s back their lead. Olson’s bomb made it 5-4 and gave him back-to-back homers, his sixth of the year where he now leads the American League. Seth Brown hit his third homer of the year after Murphy singled to make it 7-4 in the third.

Montas started the fifth inning but gave up a leadoff homer to Donaldson, which made him the second batter to have back-to-back homers off the opposing starter Wednesday. Byron Buxton singled, then Montas was relieved by J.B. Wendelken, who gave up a single to Polanco to put two on with no outs before a wild pitch and Lowrie error each brought in a run to tie it 7-7.

Montas didn’t have his best start but was happy the team put together at bats that kept the team in the game:

“It was exciting. I was getting my stuff done and then I was just watching the TV and the last inning was crazy that last inning was, oh my God. I was screaming in the clubhouse.”

Sergio Romo pitched the sixth with what felt like a new ballgame tied 7-7. Romo had to face the Twins top of the order and failed tremendously, giving up back-to-back singles before the Twins (6-11) scored on a Cruz groundout. With two outs, Polanco singled to left and Donaldson scored to make it 9-7. Astudillo had his first hit of the game off Romo to bring in the 10th Twins run.

Romo was relieved and booed off the mound and LHP Adam Kolarek escaped the sixth inning and kept the deficit to just three runs. Romo lasted 2/3 of an inning where he allowed three runs off four hits.

Hansel Robles pitched the sixth for the Twins up 10-7. Brown led off the sixth with a single to center, making him 3-for-3 for the day with a homer and pair of singles. Andrus hit into a fielder’s choice with Brown out at second with the top of the order coming up. Andrus stole second and Canha had what felt like the longest at-bat of the season. On a Canha grounder, Donaldson must have had too much on his mind because he missed the tag at Andrus on the scoop and couldn’t get the ball out of his glove.

Laureano — hitless all day — struck out before Robles was relieved by Taylor Rogers to try to get the final out in the sixth, but he couldn’t pull a Kolarek. Lowrie hit a double to bring in two runs to cut the deficit to 10-9. Olson almost drove Lowrie from second but Buxton made a beautiful dive to rob Olson from an RBI-single.

Yusmiero Petit got through the seventh in just 14 pitches thanks to a Chapman-Lowrie double play that neutralized a leadoff walk.

Chapman led off the seventh with a single that dropped a step in front of Buxton in center. Stephen Piscotty pinch-hit for Moreland and he hit into a double-play to kill the inning. Moreland had been hot the entire series and the A’s took his bat away when it mattered the most.

Petit came out for the eighth and gave up two singles but kept the game at 10-9 headed into bottom of the eighth. Rogers threw three straight strikeouts, two of them looking and it was clear the umpire was ready to go home.

Trivino took the mound in the ninth, his job to retire the final three Twins batters in the lineup. He allowed a two-out double to Ryan Jeffers down the third base line and Chapman just missed it on the dive. Arraez walked on a full count before Trivino forced a fly out from Donaldson, who had stepped to the plate 4-for-5 with two homers and two singles.

Laureano, Lowrie, Olson were due up and the Twins countered with Alex Colomé on the mound. The entire A’s dugout was standing on the edge of the field as they watched Laureano step into the box. He took a 93-mph fastball that clipped him on the jersey to put the tying runner on first with no outs. Lowrie lined out to left-center for the first out which kept Laureano on first.

Olson beat the shift to the right side when he hit a line drive to right to put runners on the corners. Chapman on a 1-2 count hit a ball high to deep right field line but it was just foul. Chapman hit a hard line drive to deep left to score Laureano on a sacrifice to tie the game at 10-10.

With the bases loaded in bottom of the 10th, Twins rookie second baseman Trevor Blankenhorn made a fielding error on a soft hit Canha grounder. Chapman scored and the A’s trailed 12-11 with the bases loaded and Laureano at the plate. The first pitch Colomé threw almost drilled Laureano in the head, a 93-mph fastball you don’t want to take to the face.

Laureano fouled off six pitches before finally making contact in the biggest at-bat of the game. On a hard-hit ball, Arraez launched the throw to first into the Twins dugout, and the A’s head into an off day and east coast road trip with the longest win streak in baseball at 11 games. 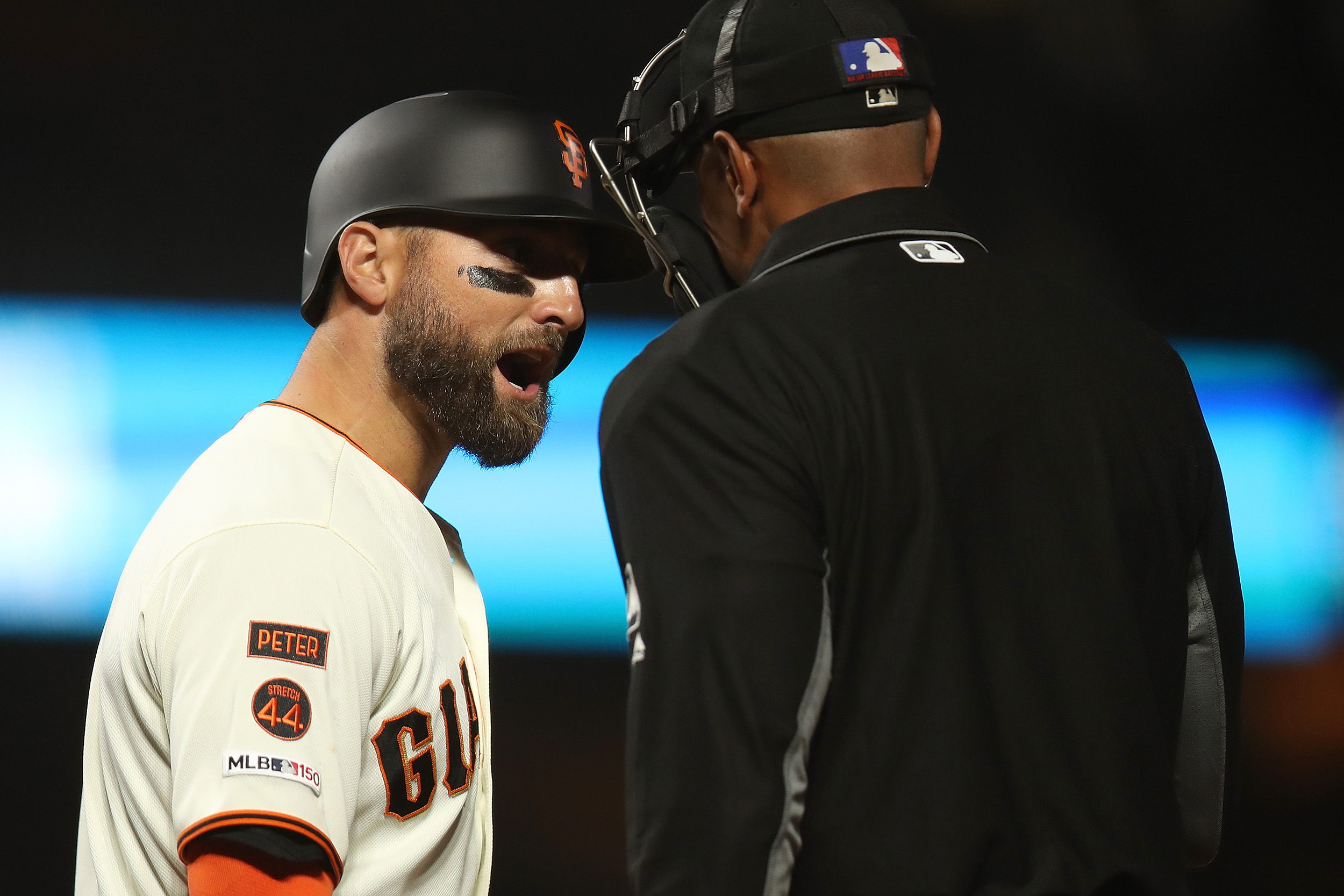 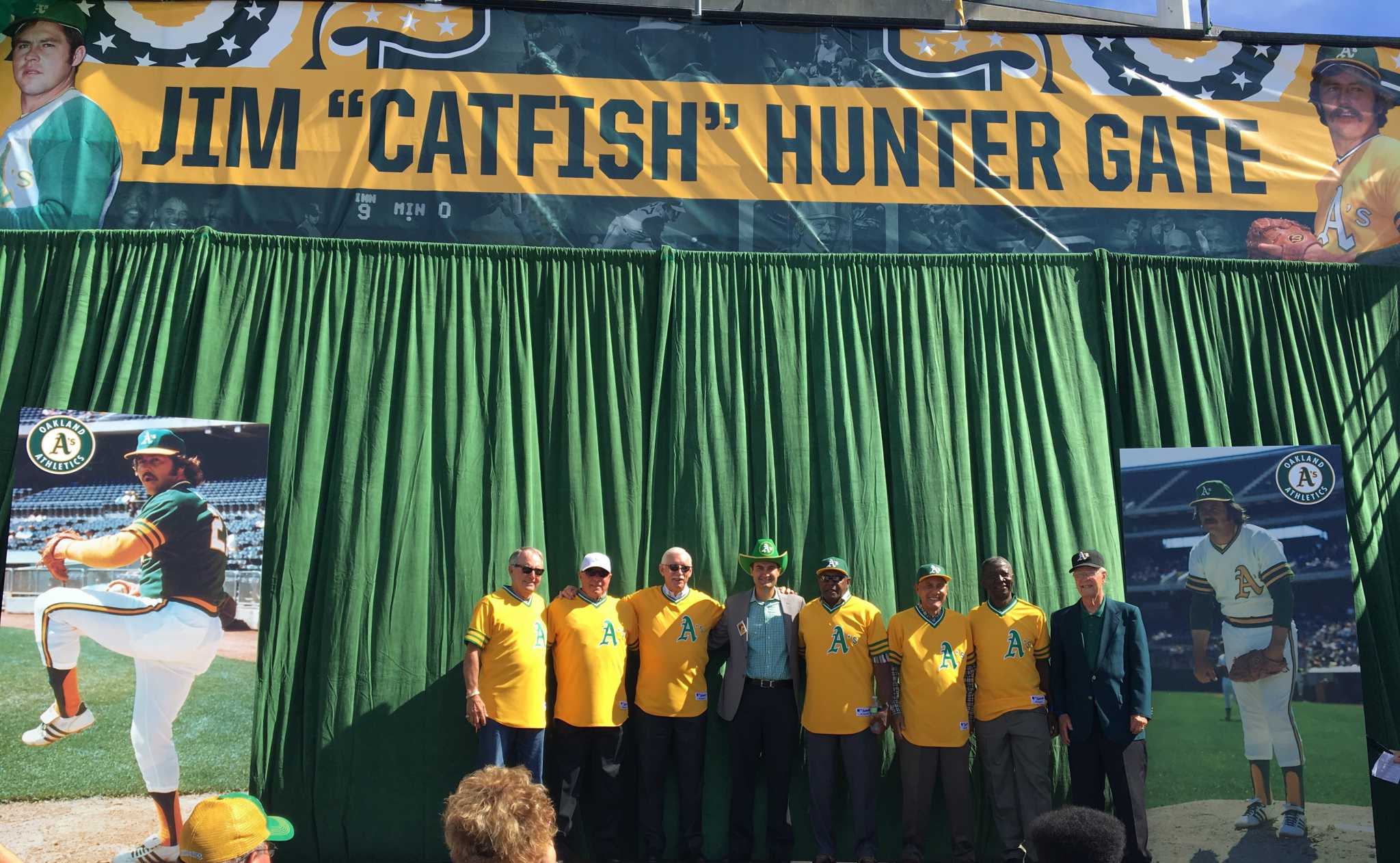