Matt Chapman smashed a pair of home runs and Matt Olson joined him in the four-bagger club Thursday to carry the Oakland A’s (18-8) to a 5-1 win and a split in the four-game series against the Arizona Diamondbacks (13-13).

Matt Chapman crushed an Alex Young (L, 1-1, 4.50 ERA) pitch 434 feet into the second level just fair of the left field pole in his&nbsp;first at bat, giving the A’s a 1-0 lead in the first. His second home run of night, a two-run shot to almost the exact same spot, came off Yoan Lopez in the eighth. Ramon Laureano was on first, in his first game and after his first hit since his suspension. Chapman’s second homer advanced the A’s lead to 5-1.

Chapman said before the game he had been focusing on getting in front of the ball a little earlier than he had been this season and, well, his adjustments worked:

“It’s funny how when you try to focus on the little adjustments good things happen… Ya it was awesome! It’s great to see Olly hit one as well. I kinda surprised myself there a little bit, I don’t know if I have hit a ball like that since I was in the minor leagues but it felt good to be able to drive a few balls today.”

Prior to the game on Thursday Melvin emphasized how the A’s organization looks for players who draw walks and hit home runs, and that is exactly what happened in the fourth inning. Mark Canha drew a walk on seven pitches and Matt Olson followed with his ninth home run, a shot to right center, to make it 3-0.

Melvin said both Matts are cornerstones for the team, both defensively amd offensively, and the team’s confidence exudes from them. Chapman explained the homer relationship between the two Matts:

The Diamondbacks notched their first run of the night in the fifth inning on a leadoff homer from Eduardo Escobar just fair of the right-field foul pole to make it 3-1. Manaea had given up three hits prior to Escobar’s home run, all off 88- to 89-mph fastballs, but Escobar tagged a 75-mph curveball for his homer.

Melvin admitted Manaea’s velocity probably wasn’t great tonight, but that good pitchers find a way to use what they have on a particular night to get outs:

“He used to throw really hard and then it was 92-93 or whatever and at times in your career you have to find ways to do it so if he does it differently and gets outs then not, it is not a concern.”

CORRECTION The original version of this story incorrectly described this game as Alex Young’s MLB debut. SFBay regrets the error.

Young made his debut against Oakland Thursday and it didn’t go so well. He lasted four innings and 87 pitches after two homers and a pair of hits from Khris Davis.

Melvin spoke about Davis prior to the game:

“Similar to anyone in that position he is in, we’ve seen big time hitters have tough times and a lot of times its a couple of good games, it’s a two homer game, getting three or four at bats in a row where you feel good and he gets his confidence back and that’s what we are looking for.”

Well, Melvin got it. Davis singled in his first at-bat and hit a standing double to center field in the fourth, but was left stranded both times. His third at-bat of the night was a solid fly ball to right center about five feet away from becoming a three-run homer. but it would end the sixth inning. He had his first strikeout of the night in the eighth against Matt Grace and finished the night 2-for-4.

Chapman on his teammate Davis:

“He did amazing. It’s great to see Khris get in the box and look confident and just take good swings. It seems like he was taking good aggressive swings and he was on time, and when you’re swinging at good pitches, seeing him drive the ball to right like that, hit two balls up the middle into he gap, it’s something Khris can build on.”

“He hit the ball good to right field too, I thought that was gonna at least get off the wall so good game for him, he will be back out there tomorrow. Gained some confidence from that and hopefully we are getting somewhere with him because as we have seen in the past, this guy can be about as impactful as anybody on our team.”

Manaea used 74 pitches to get through his 5-1/3 innings, giving up five hits and one run off the Eduardo homer. Manaea was replaced after Martel’s second hit of the night in the sixth by J.B Wendelken, who gave up a hit to David Perlata but kept the Diamondbacks scoreless with runners on the corner in 1-1/3 innings.

Peralta’s hit was a high blooper to left in the sixth inning that Canha and Chapman both sprinted to get under, but Chapman with his back to ball tried to make the catch but couldn’t. It took him a couple minutes to get up after the fall and Marte landed on third to put runners on the corners with two outs. Wendelken struck out Christian Walker to end the inning and keep Manaea’s ERA for the night at zero.

Chapman said he was fine after the play and explained what happened:

“I should have realized maybe I didn’t have a chance at that ball but sometimes when those balls go up like that I get excited and try to just go after it. I went to reach for it and my thumb kind of caught on the ground and it kinda rolled over a little bit. It was just a stinger, nothing too crazy.”

Yusmeiro Petit started the seventh inning and was able to force two fly balls to earn two outs. Kole Calhoun pinch hit for Cron in the seventh and walked after nine pitches before Petit was relieved by Jake Diekman, who only needed one pitch to end the inning. Diekman walked a batter and didn’t allow one run during his 1-1/3 innings. Liam Hendriks finished the job as usual, scoreless.

Sean Murphy snapped his seven-game hit-streak. … Khris Davis will start Friday. … Ramon Laureano had his first hit since he has returned. 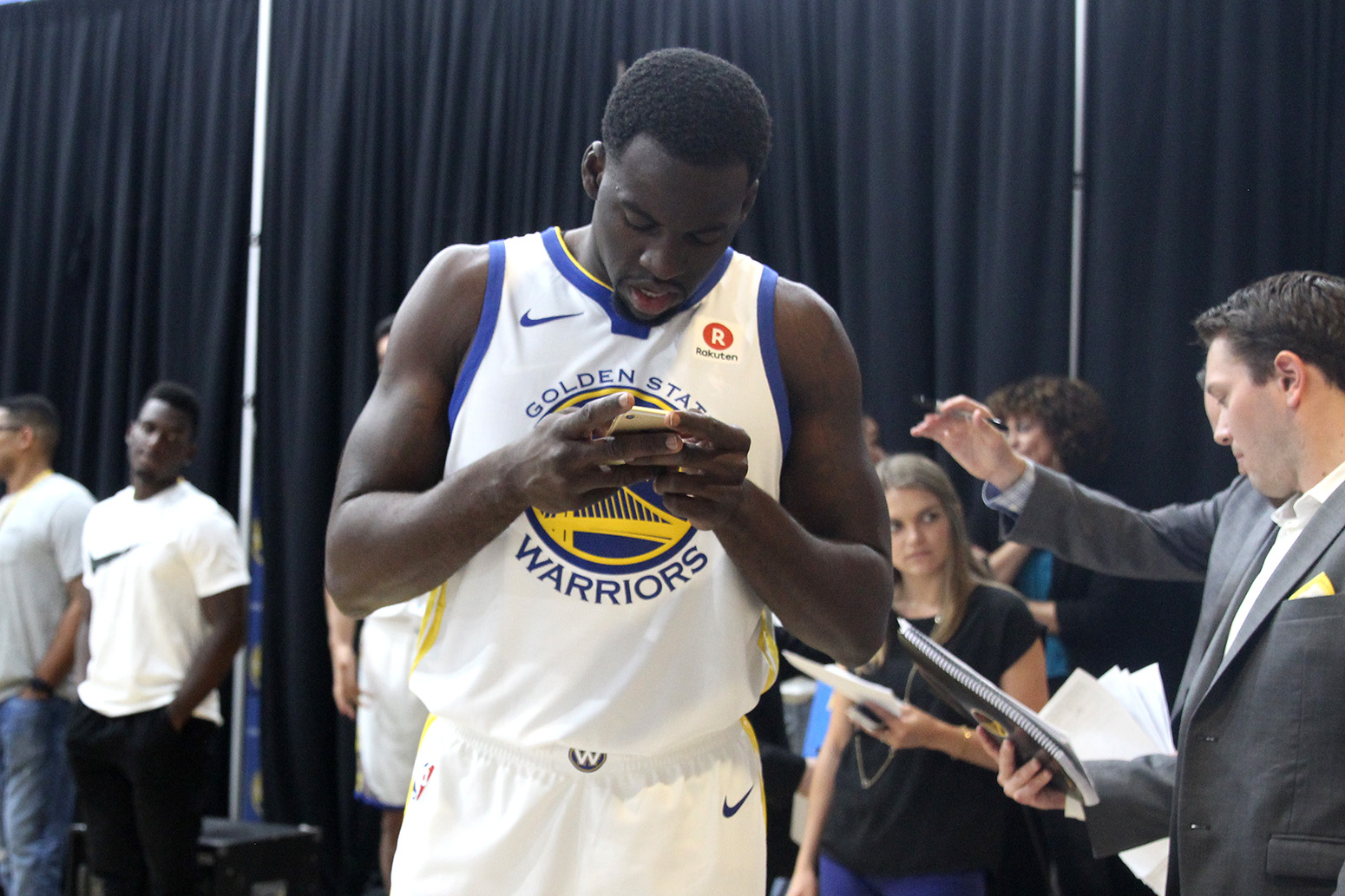 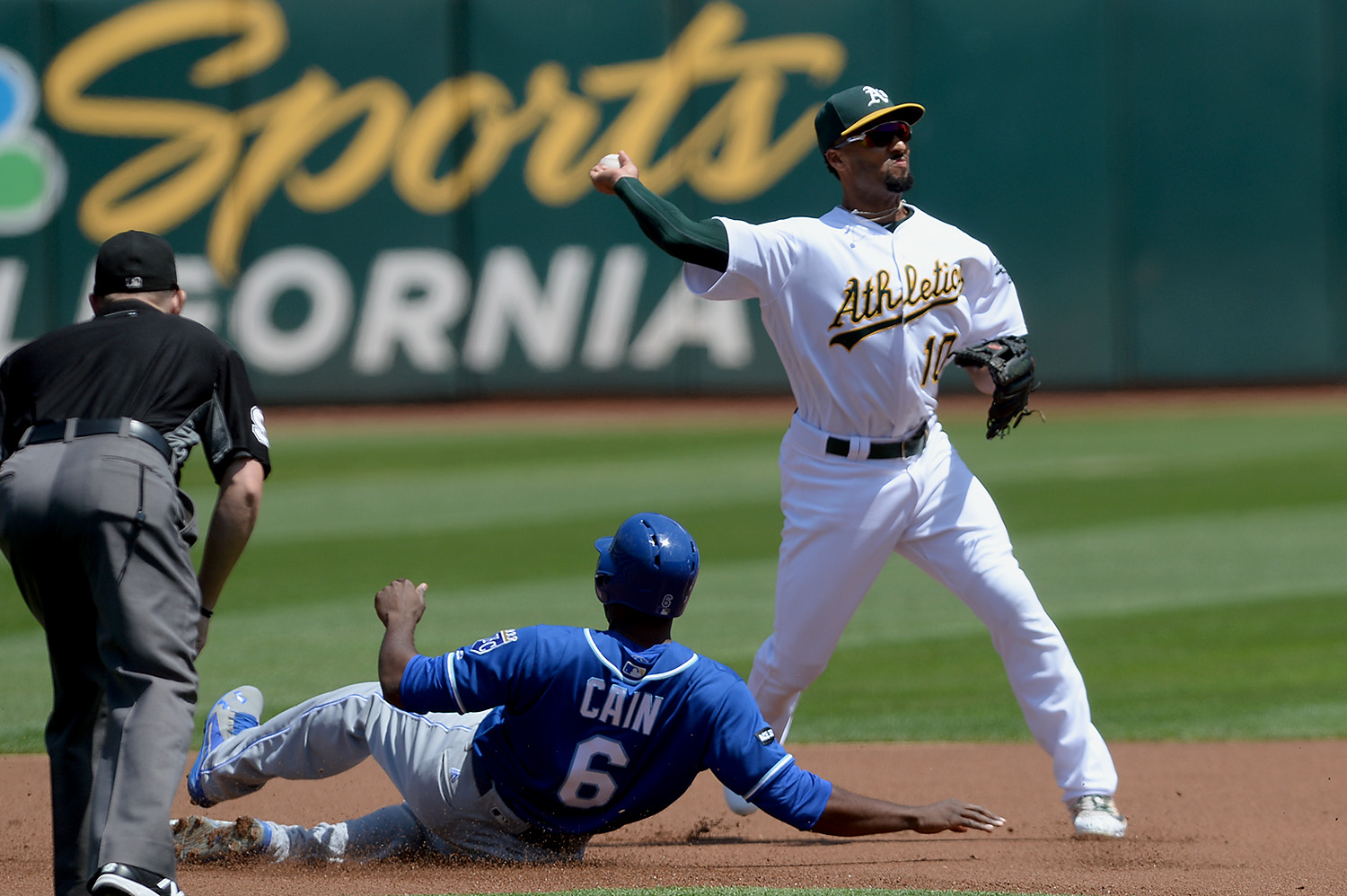 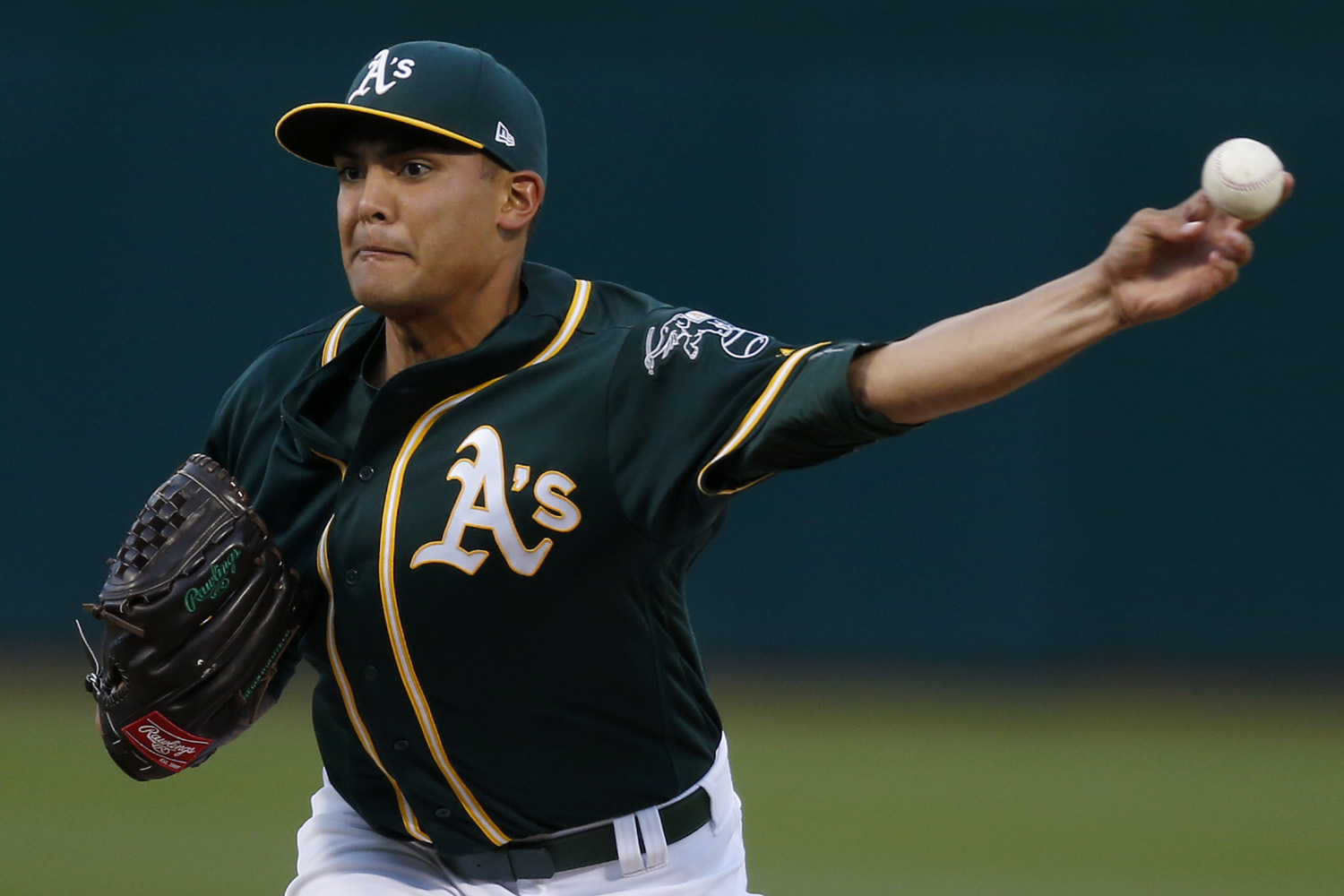 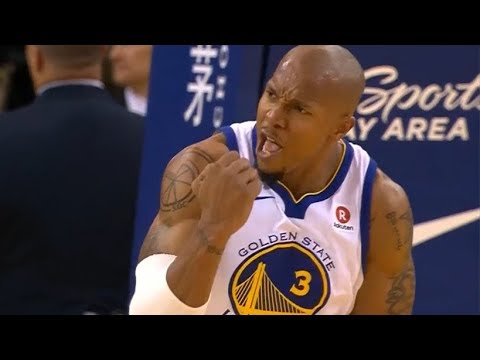