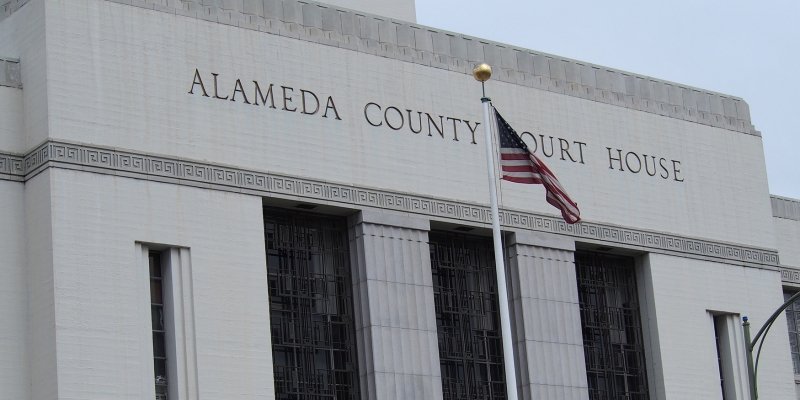 A judge ruled Tuesday that prosecutors produced sufficient evidence to have a woman ordered to stand trial on a murder charge for her role in the fatal shooting in East Oakland last December of a boyfriend who had stolen money from her.

At the end of a preliminary hearing for Frankie Jean Porcher, 31, that spanned parts of two days, Alameda County Superior Court Judge Thomas Reardon said it’s not even a close call that Porcher should stand trial for the death of 22-year-old Charleston Turner Jr., 22, of Oakland.

Turner was found shot inside his car after it crashed into a fire hydrant near the Valero gas station at 60th Avenue and MacArthur Boulevard at about 1:35 p.m. on Dec. 31 and was pronounced dead at a hospital four days later.

Alameda County prosecutor Charles Bisesto said Porcher had a motive to kill Turner because she was mad at him for stealing money from her, as Oakland police said Porcher confronted Turner and threatened to have him killed for stealing the money.

Bisesto also said Porcher told Turner’s mother before the shooting that she should take out an insurance policy on her son and that he might be buried in the ground.

Bisesto said the evidence at the hearing indicates that Porcher called Turner on Dec. 31 and told him to meet her in the 5900 block of MacArthur Boulevard.

Turner agreed to return the money and drove to that location, but when he arrived he was confronted by Porcher, a struggle ensued and an unidentified man who was with Porcher walked up to Turner and shot him, the prosecutor said.

Porcher’s attorney Joseph Penrod said Porcher had “a somewhat domestic relationship” with Turner and had “an obvious motive to be upset and angry at him” for stealing money but didn’t have a motive to kill him.

Penrod said there’s no evidence that Porcher wanted Turner to be “ambushed and killed” and argued that if she’d really wanted to have him killed, she wouldn’t have arranged to meet him in a public place in broad daylight.

Porcher’s threats to kill Turner were only “words in the vernacular of our current world” and didn’t constitute an intent to kill, Penrod said.

But Bisesto argued that Porcher aided and abetted in Turner’s death because she drove the man who shot Turner to and from the shooting scene.

Reardon said he believes Porcher’s threats to kill Turner were real because she made them only an hour before he was shot.

Reardon said it’s possible that Porcher had only arranged for the other man to help her get her money back from Turner and didn’t know the other man would shoot Turner, but he said that’s an issue the defense can raise at her trial.

The man who shot and killed Turner hasn’t been identified or found.

An Oakland police officer who is still investigating the shooting, which was captured on video surveillance footage shown at the hearing, said Tuesday that witnesses haven’t come forward to identify the shooter but he hopes more evidence will emerge now that Porcher has been ordered to stand trial.

Prosecutors allege that Porcher was convicted of second-degree robbery and second-degree burglary in Santa Clara County on March 25, 2016, and was still on probation when Turner was shot.

A 58-year-old man who was last seen Saturday in Sonoma County has been found, the county sheriff's office said Tuesday....