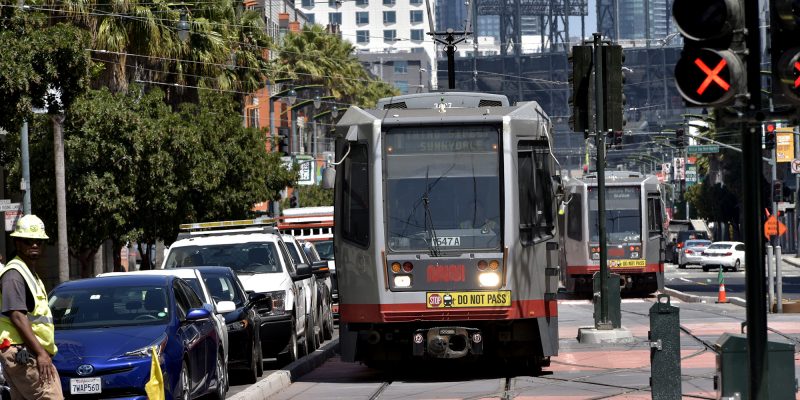 The delay was first reported at 5:26 a.m. due to flooding on the line between Church Street and Van Ness Avenue. BART is providing mutual aid transfers between the Balboa Park and Embarcadero stations. Bus shuttles are also being provided.

The flooding issue was resolved by 6:39 a.m. and normal operations resumed, but there is no estimated time of when the delay will be fully cleared.

Muni officials say two other lines are also experiencing issues Wednesday morning. A service gap and extended delay on the T Third line was reported at 7:48 a.m. and the F Market line is delayed near Pier 39, due to a disabled vehicle on the trackway — shuttle buses are being routed to support service between until the problems are resolved.

Thousands across Bay Area still in the dark after first storm

Travelers in the Bay Area can expect delays at San Francisco International Airport Tuesday night due to inclement weather, a...