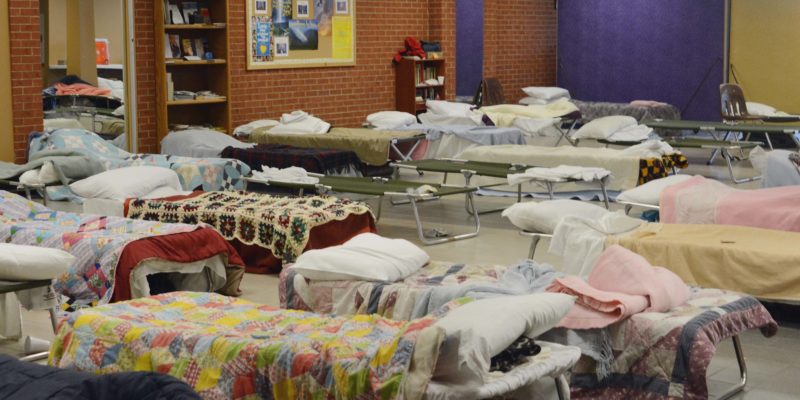 An additional 95 shelter beds will be made available as temperatures near freezing Tuesday, November 26, 2019 through Friday, November 29, 2019.

Santa Clara County is opening inclement weather shelters Tuesday due to near-freezing temperatures expected in the region through Friday.

According to Michelle Covert, spokeswoman for the county’s Office of Supportive Housing, the county is increasing its shelter bed supply by 95 during this week’s inclement weather — raising the bed count from its usual 2,007 to 2,102.

The National Weather service expects nighttime low temperatures through Saturday to reach close to freezing in the mid 30s, and daytime temperatures to not exceed the low 50s.

The San Jose City Council in October voted to operate two of the city’s shelters daily through the winter months, beginning Nov. 1 and ending as late as April 30 next year.

More than 9,700 individuals were unhoused during this year’s biennial census, which was an increase from the nearly 7,400 unhoused individuals counted in 2017. According to the census, about 82 percent of the county’s homeless people, or 7,922 people, are unsheltered.

A full list of the county’s available shelters and beds can be found online.

A judge ruled Tuesday that prosecutors produced sufficient evidence to have a woman ordered to stand trial on a murder...