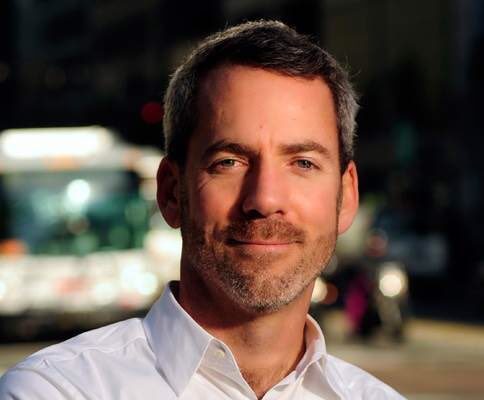 Mayor London Breed announced Wednesday, November 13, 2019 that Jeffrey Tumlin has been selected to take over as director of transportation at the San Francisco Municipal Transportation Agency.

Jeffrey Tumlin accepted the job of leading San Francisco’s transit agency with an awareness of the challenges ahead. As the next permanent director of transportation, he’ll be charged with tackling an unreliable Muni system, an ongoing shortage of Muni drivers, traffic fatalities and major capital projects that have blown completion dates.

Tumlin and his supporters believe he’s up for the task.

After a months-long, worldwide search to find a replacement for Ed Reiskin, who resigned amid intense scrutiny in April, Mayor London Breed announced Wednesday that Tumlin had been selected to take the lead at the San Francisco Municipal Transportation Agency. The SFMTA board is expected to formally approve the appointment at its Nov. 19 meeting. Tumlin is scheduled to begin in his new role Dec. 16.

Interim Director of Transportation Tom Maguire will serve until Tumlin assumes the job.

Breed said at a media briefing that the next director of transportation had to have strong vision and leadership qualities to improve The City’s transit and transportation system now and as the population continues to grow.

Tumlin brings 25 years of industry expertise gained in his roles as a principal for Nelson\Nygaard Consulting Associates and as the former interim director for Oakland’s Department of Transportation.

“Throughout his career, he has been known for bringing a visionary perspective on transportation in cities and helping to implement innovative ideas that are desperately needed.”

Having advised multiple cities and transit agencies throughout his career, Tumlin said now is the time to bring his decades of experience back home.

“I’ve worked all over the world and San Francisco remains the only city that I have ever felt was my home.”

In lieu of providing an immediate 100-day action plan, Tumlin will first focus on listening to SFMTA staff.

“My first task is to listen carefully to staff. We do have the most incredible assembly of talent of any city in of the country. I trust their professional expertise. It is my job first to listen.”

Tumlin believes The City can achieve a world-class transportation system.

“We have talent, resources and some clarity about what our values are here in San Francisco and yet, there remains a rather large gap between San Francisco’s potential and its current reality.”

He knows there is much work to do if the transit agency intends to regain the public’s trust. Missed schedules on capital projects, such as the Central Subway, have eroded that trust.

“We know that we have some trust to rebuild. That trust rebuild can only happen by demonstrating our trust worthiness.”

Malcolm Heinicke, SFMTA board chair, believes the SFMTA has met the mayor’s challenge to find a bold leader who can point The City’s transportation agency in the right direction.

“What has struck us about Jeff more than his expertise and his dedication and his experience, is his passion. He recognizes how transportation affects people’s lives. Making them better when it goes well and making them worse when it doesn’t.”

A grenade that appeared to be a live device was removed from the rear of a business on 600 block...