Burris said in a news release:

“These daily incidents by Vallejo police officers are part of a decades long pattern of excessive force, racial profiling, false arrest and general disrespect of the black community.”

“We will be seeking a determination that the Vallejo Police Department engages in a pattern of discriminatory law enforcement against its black and brown community. This requires an outside agency to monitor the department.”

One suit alleges that police targeted Delon Thurston, a 40-year-old African American woman, and stopped her car as she drove home from work. The officers accused her of stealing her own vehicle in October 2018, Burris said.

Thurston told the officers they made her feel unsafe and she was dragged from her car, thrown on the ground and arrested. A body search by a female police officer made Thurston feel “degraded and violated,” Burris said.

Another suit alleges that on Jan. 22 of this year, Vallejo police Officer David McLaughlin violently assaulted Adrian Burrell, a 28-year-old African American man who was video taping McLaughlin from his front porch. McLaughlin was holding Burrell’s cousin Michael Walton at gunpoint before Burrell was assaulted, and Burrell suffered a concussion, according to Burris.

A third lawsuit alleges Deyana Jenkins, a 19-year-old African American woman, was pulled over by officers at gunpoint while driving three other teenage girls this past April. When Jenkins was unable to provide her driver’s license, the officers dragged her from the vehicle, threw her on the ground and used a Taser stun gun on her before she was arrested, Burris said.

“These officers told Deyana and her friends that they mistook them for black men, seemingly admitting that black men in Vallejo have a target on their backs.”

“Not surprisingly, the Solano County District Attorney did not pursue charges against any of these innocent people.”

“Unfortunately we have a dozen disturbing active cases for violations ranging from racial profiling to death and no discipline or retraining has occurred in any of those cases.”

The Vallejo City Attorney’s Office did not return an email or phone call Thursday for comment on the lawsuits.

Vallejo City Manager Greg Nyhoff has selected Shawny Williams, a deputy chief in the San Jose Police Department and an African American, to be Vallejo’s next police chief. He will take over from Interim Chief Joe Allio in November if he passes a background check.

CORRECTION: A previous version of this article mistakenly named a Vallejo police officer as Officer Ryan McLaughlin. The text has been updated for accuracy. 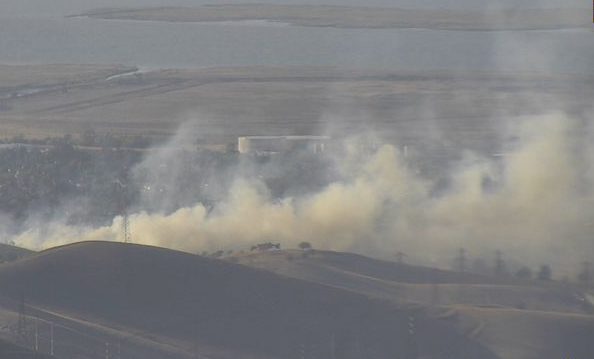