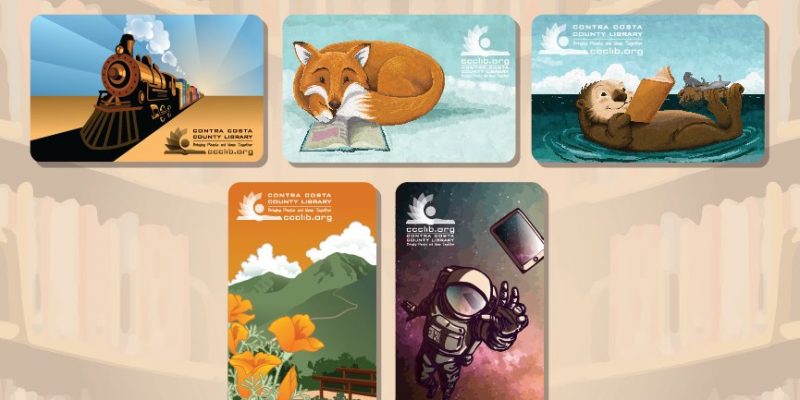 The five card designs depict Mount Diablo, an astronaut, a train, an otter and a fox. First-time cardholders can choose one of the new designs when they sign up, and those who already have cards can replace theirs at no cost, according to the library.

The public voted on the final five card designs among nine options earlier this year.

“The new cards will allow us to reach potential new library users as well as re-engage with those who have not used their card in a while.”

“The new designs are also beautiful and fun.”

Man in custody after found intoxicated, passed out in hot car with child

Police save vaccine batch after high-speed pursuit of robbery suspects

Man in custody after found intoxicated, passed out in hot car with child

A 39-year-old man was arrested on suspicion of child cruelty and public intoxication after San Mateo County sheriff's deputies found...