Search Search
Night Mode Night Mode
Day Mode Day Mode
A man jumped to his death from the parking garage of Graton Resort & Casino in Rohnert Park, Calif. Monday, September 9, 2019. The man was in custody of Sonoma County sheriff's deputies and in handcuffs on psychiatric hold at the time of his death.
Like 0 Facebook 0 Twitter 0 Email 0

A suicidal man was able to escape from the custody of Sonoma County sheriff’s deputies while in handcuffs and jumped to his death from the parking garage at Graton Resort & Casino early Monday morning, sheriff’s officials said.

Deputies had initially responded around 1:30 a.m. to the casino after receiving a call that a man wanted to jump off the top floor of the parking garage.

The deputies arrived without lights and sirens on to avoid startling the man, who was standing on a 4-foot wall at the top of the garage and talking with his wife, according to the sheriff’s office. Deputies began talking to the man, and the sheriff’s hostage negotiations team and other first responders were called to assist. Shortly after 2 a.m., deputies were able to grab the man off the wall while he briefly became distracted, sheriff’s officials said.

The man was handcuffed and placed on a psychiatric hold, but about 10 minutes later, as deputies were walking him to a patrol car, he broke free and ran toward the wall, then jumped up and over it, falling to his death, according to the sheriff’s office.

The sheriff’s violent crimes unit is investigating the case, and the Marin County coroner’s office is conducting the autopsy on the man, whose name isn’t being released. 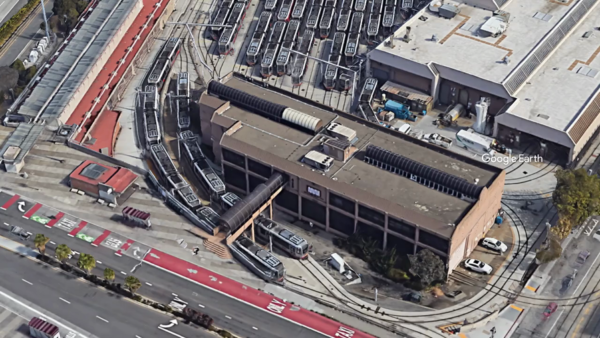