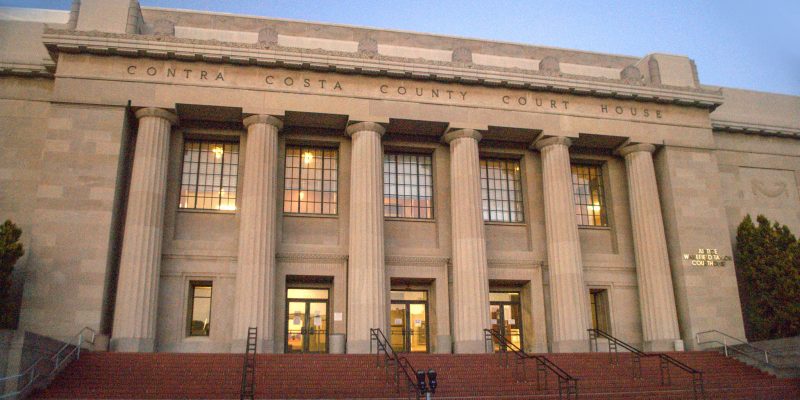 A probationer who allegedly fled from police by riding a bicycle into a hardware store in Martinez while armed with a sawed-off shotgun pleaded not guilty to all charges Wednesday morning in Contra Costa County Superior Court.

Martinez police were dispatched to the Home Depot on Arnold Drive around 12:45 p.m. Thursday after a motorist allegedly saw a suspect later identified as 33-year-old James Lee Dryden pointing his firearm at a woman in the parking lot.

While officers spoke with the victim, Dryden allegedly rode his bike through the front doors of the store with a duffel bag. The store was evacuated, and police say Dryden tried to ride back out but got tackled in the process. He was arrested inside, with the help of store staff and a customer. Shortly afterward, officers found the bag with a shotgun inside.

He’s been charged with two counts of assault with a firearm, both of which involve separate victims, as well as assault with a deadly weapon and possession of a short-barreled shotgun — all of which are felonies. Dryden appeared in custody Wednesday morning in a Martinez courtroom and is being represented by the Contra Costa County Office of the Public Defender, but a specific attorney has not yet been assigned to the case and no one was available to comment on his behalf. Bail has been set at $150,000.

He is scheduled to return to court for a preliminary hearing on Sept. 16.

Telephone scammers target San Franciscans by pretending to be police