The A’s held a lead twice Saturday night, but an eighth-inning nightmare using five different pitchers and giving up a total of eight runs served up the Giants a 10-5 win.

The Giants came into the eighth inning down 4-2 and it was 10-4 by the end of it. Stephen Vogt lined out to center field to lead off the eighth, but made up for it during his second at-bat in the inning when he hit a three-run homer. Every Giants batter reached except Mike Yastrzemski.

Bob Melvin was impressed with Jake Diekman‘s performance tonight and said they just couldn’t get an out:

“Obviously the wild pitch hurt us. Lou has been pitching really well. Give them credit, they went the other way, they didn’t try to do too much. Shot the ball the other way on a sinker and put some really good bats together. It felt like we didn’t get an out for an hour.”

Diekman got the first out in Vogt and was relieved by Yusmeiro Petit (L, 3-3, 3.15 ERA) who faced Buster Posey, Alex Dickerson, and Evan Longoria, who all had hits. AJ Puk relieved him, giving up a hit and allowing a run on a wild pitch. Lou Trivino relieved Puk, and Kevin Pillar hit a double off the wall to right field which brought in two runs. Solano and Crawford both followed with a single, Crawford had an RBI on his hit. Buchter relieved Puk, who gave up the three-run Vogt homer.

“Diekman was terrific for us today. To be able to pitch a full inning and get the final out for us and at that point in time it felt like we were in pretty good shape, it just got away from us. But Chris pitched well again today… the velocity game might have been the best we have seen all year.”

Buchter would finish the ninth and didn’t allow a run.

The A’s scored first, with runs in the second and third innings. The Giants came back to tie it after they scored runs in the fifth and sixth inning to make it 2-2. The A’s took the lead back in the seventh 4-2 then lost the lead again in the eighth.

Chris Bassitt and Madison Bumgarner pitched almost identically. They both gave up a home run, hit a batter, struck out five, allowed two runs and pitched 64 strikes. The only difference between the two starting pitchers was Bassitt lasted 2/3 innings longer and Bumgarner walked a batter.

Bassitt was more amped up than usual for the game because of the crowd which was and the rivalry and felt good overall tonight. He tips his hat to the Giants:

Both teams scored a run from solo home runs. Mark Canha led off the second swinging at the first pitch for his solo shot to left, and Brandon Crawford hit a solo homer in the fifth to give the Giants their first run.

The game ran ten minutes shy of four hours and had an attendance of 53,367 fans.

Bob Melvin isn’t too worried with tonights performance and said it came down to one bad inning:

“I think we just have to move on. It was pretty extreme. They had seven or eight hits in a row, maybe a walk mixed in there too. Which doesn’t happen often so have to give them some credit too but I think we just need to move on from this one. We played pretty well up until this point we just had basically a bad inning today.” 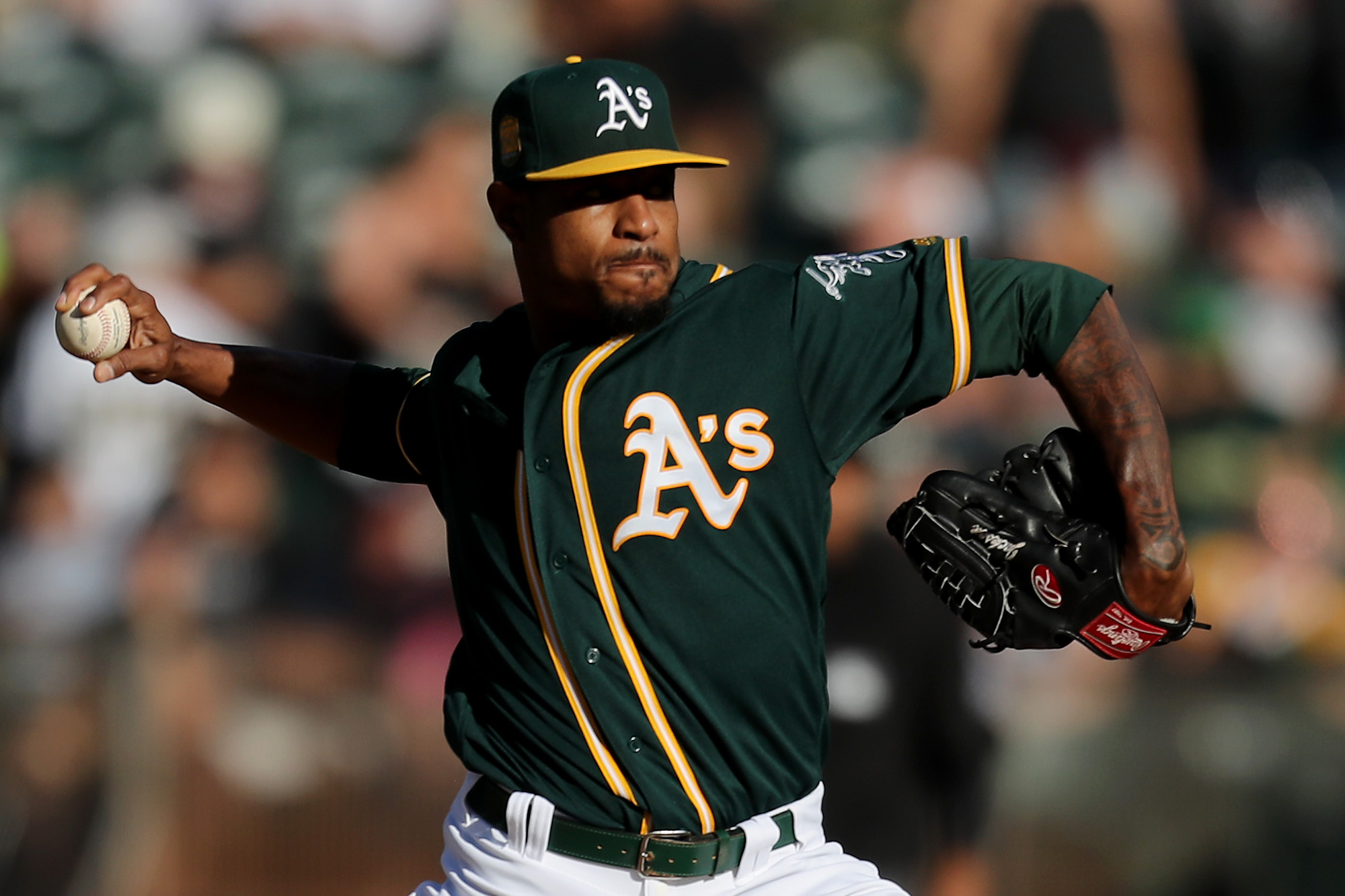