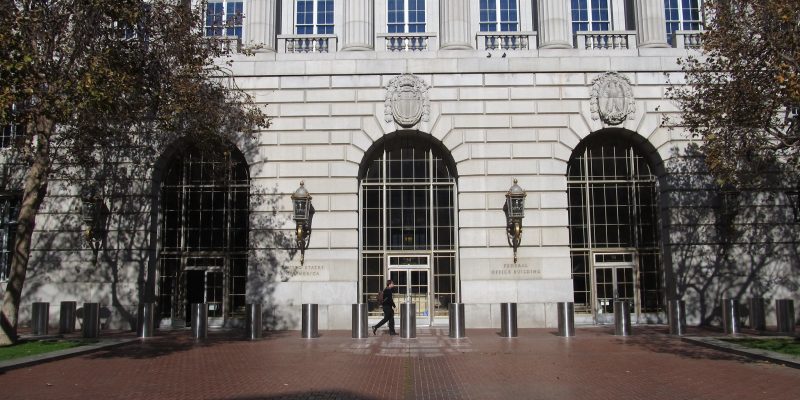 Santa Clara County and the city of San Francisco sued the administration of President Donald Trump in federal court Tuesday to challenge a new rule that makes it harder for low-income legal immigrants to remain in the U.S.

County Counsel James Williams and City Attorney Dennis Herrera claim the rule is illegal and was also enacted in violation of the requirements of a federal administrative procedure act. They filed the lawsuit in U.S. District Court in San Francisco.

“This illegal rule is yet another attempt to vilify immigrants.”

“It makes it easier to unfairly target hard-working, lawful immigrants while sowing fear and confusion in our communities.”

The administrative rule, which goes into effect on Oct. 15, requires immigration officials to consider whether legal immigrants seeking visa extensions or permanent residency have obtained or are likely to obtain government aid for food, housing or health care.

The rule would expand on a decades-long interpretation of a federal immigration law provision that requires officials to consider whether an immigrant would be a “public charge.”

Previously, the provision was interpreted to apply only to immigrants who received cash welfare payments or were cared for in government-funded institutions.

The measure would now extend to immigrants who use or might use food stamps, other nutrition assistance, subsidized housing or Medicaid. The lawsuit claims the rule contradicts “the plain meaning, longstanding administrative interpretation, legislative history, statutory context and case law” of the “public charge” term in the U.S. Immigration and Nationality Act.

It alleges the rule would force legal immigrants to forgo needed services for fear of jeopardizing their status and would end up requiring local governments to pay more for services such as emergency room care, while increasing the risk of contagious diseases.

Williams said in a statement:

“It will hurt all members of our communities by reducing access to critical health and safety-net services that create healthier communities for all of our residents.”

Acting U.S. Citizenship and Immigration Services Director Ken Cuccinelli, in announcing the rule on Monday, said it will promote American ideals of self-reliance and self-sufficiency.

“This lawsuit is about protecting our residents and standing up against a policy that will have devastating effects on the well-being of many San Franciscans.”

School board reconsiders fate of ‘Life of Washington’ mural

A road in San Bruno has been closed as fire crews fight a residential fire in the area Tuesday afternoon....