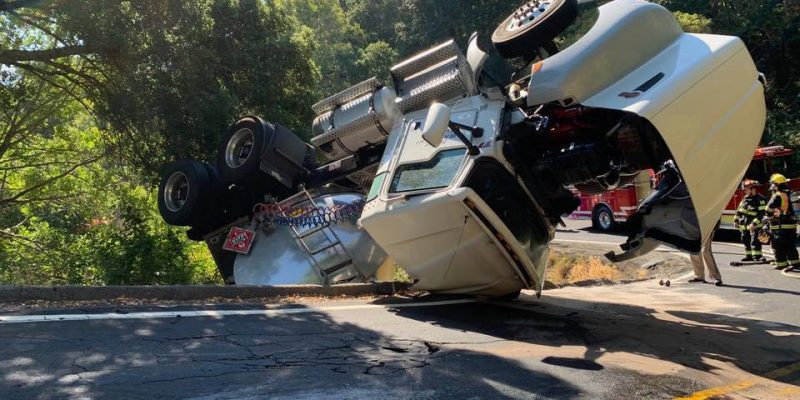 An overturned tanker crash on Lucas Valley Road in Marin, Calif. July 28, 2019 prompted closure of the road to all traffic.

Lucas Valley Road opened to one-way traffic Monday morning after it was closed when a 50-foot gasoline tanker truck overturned and slid down an embankment on a tight turn near Westgate Drive southwest of Novato Sunday morning.

The tanker truck initially contained 7,600 gallons of unleaded gasoline, according to the trucking company, and 6,700 gallons of gasoline remained in the tanker Sunday afternoon, the California Highway Patrol said. The tanker truck was towed from the hillside to the roadway around 5 a.m. Monday, and Lucas Valley Road opened to one-way traffic around 8:45 a.m., according to the CHP.

The gas tanker driver suffered a cut to the head, the CHP said.

Developer sued by SF to pay $1.2 million for unpermitted construction

Gilroy police said at a news briefing Monday that a 19-year-old man who allegedly killed three people and injured at...