After a hard-fought four-game set, the A’s and Rangers finished the weekend having given and taken nothing.

Oakland (60-47) rallied back from a late-surrendered lead, swiping a 6-5 walk-off victory to earn a series split Sunday at the Oakland Coliseum. And it was a scuffling Khris Davis who walked it off, taking a 3-2 fastball above the zone with the bases loaded in the bottom of the ninth, sending Texas (53-53) away sour.

The A’s ninth inning was similar to the Rangers eighth inning. It all started with a seemingly innocent opposite-field single from Chris Herrmann. Marcus Semien drew a walk on the 10th pitch of his at-bat.

Jose Leclerc had thrown 22 pitches, recording just one out, before Matt Olson answered the Rangers’ three-run eighth with a game-tying single up the middle.

Bob Melvin said that it was important for Davis, who, prior to this tough 2019 season, has had a knack for producing in late-game situations, to be patient and not push to be the hero:

“You have to kind of resist being that guy and maybe at 3-1 chase a pitch being a little too anxious. He saw it well enough to see it was a ball in that situation and that is as good as a hit — it is as good as a homer.”

Olson himself has been in and successful in those situations. He said:

“We play until the last out. I know it is cliche but we got a lot of guys who can hit some home runs and if we get a few runners on, some things can happen. I think we are all aware of that and for Herrmann to come out and shoot one the other way and Mark’s had good at-bats, things like that will lead to wins and good games.”

Starter Mike Fiers (ND, 9-3, 3.54) pitched well enough to earn his 10th win of the season, and departed after six innings with a 4-2 lead having given up just four hits. Two of them, though, were solo home runs his sixth and final frame.

For Fires, it was what the A’s have begun to expect. He kept the A’s in the game for six innings:

“I felt like I was in control the whole game. Throwing a bunch of strikes, a couple of hitters where I kind of didn’t have my best command but try to come back and make pitches after that and get a ground ball.”

Chad Pinder was 0-for his last-8 headed into Sunday’s game but he ended that drought with a huge two-run double in the sixth, answering the Rangers. Fiers sprinted out of the dugout in excitement responding to Pinder’s clutch at-bat.

“He has had some big situations for us in the last couple of days. In the double, with the tie looks like that is going to be the big hit for us. He is not getting a ton of at bats against righty’s. He has gotten two days in a row worth and then he comes up to bat with that hit so he is seeing the ball and hitting the other way. He was key in both these games.”

Yusmeiro Petit was the first man out of the bullpen, working a perfect seventh, but Joakim Soria and Liam Hendriks couldn’t match his effort in the eighth, combining to surrender three runs and the advantage.

The first out of the eighth, and only recorded by Soria, came on a huge assist from Oakland’s Gold Glove third baseman, who cut down Shin-Soo Choo at the plate turning a second-and-third, no-out situation into a first-and-second, one-out chance.

Melvin never doubted Matt Chapman’s ability to get the runner at home:

“He is playing so deep — the arm strength is why he plays so deep. He gets rid of it so quickly that you don’t see too many guys making that play. He cut that run off, that is a huge momentum builder in the inning. They don’t score right there, we have an out. It didn’t surprise me. He is very aware of what he can do and what he cant. He has great baseball instincts.”

Hendriks (BS, 3, 1.58 ERA) eventual put an end to the inning, but until after three runs crossed the plate, one to his record, on two hits and an intentional walk.

Blake Trienen (W, 4-3, 4.19 ERA) pitched the ninth inning and struck out two. He kept the Rangers from scoring and gave the A’s hope to get the win, which is exactly what they did.

Chris Bassitt (7-5, 4.09) will be the A’s starting pitcher on Tuesday when they host the Brewers.

Fiers has allowed three runs or fewer in his last 17 starts, pitching through a minimum of five innings. … Pinder snapped a 0-for-10 streak. … Davis recorded his 7th career walk-off RBI. 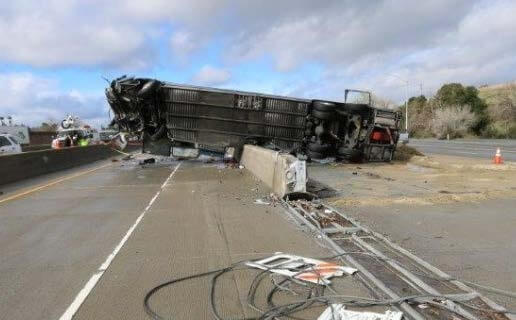