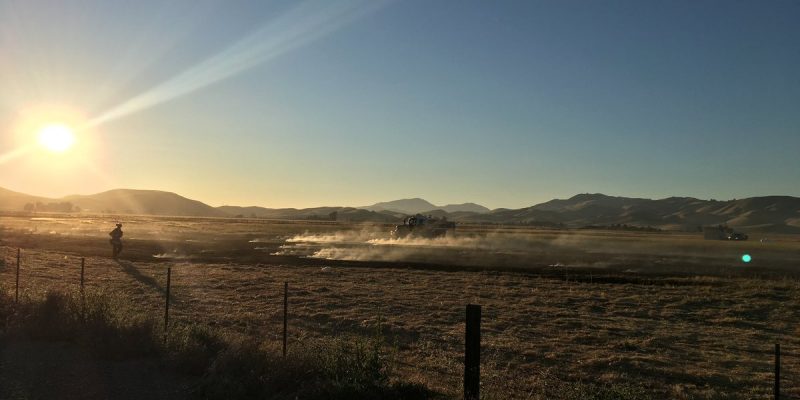 Firefighters from the Alameda County Fire Department and from Cal Fire were mopping up Sunday night after fire burned about four acres of grasslands north of Livermore.

By 8:30 p.m., the fire was virtually out. There were no injuries reported, and no structures were threatened. The cause of the fire was under investigation Sunday night.

One person dies in I-80 collision near El Portal Drive

Police are searching Sunday night for a dog that disappeared late Sunday afternoon from in front of a Japantown market,...