The San Francisco Public Utilities Commission released a report Monday identifying ways the city could decrease its dependence on PG&E while still providing clean, reliable energy options to its residents. Mayor London Breed requested the preliminary report earlier this year after PG&E announced it would file for bankruptcy as it faces lawsuits connected to several recent devastating California wildfires. The SFPUC owns and operates transmission and distribution assets in and around San Francisco but relies on PG&E to deliver energy to customers of CleanPowerSF, the city’s municipal power program, and Hetch Hetchy Power, which provides power to vital city services and some residential and commercial customers.

The report laid out three options for moving forward, including one possibility that involves acquiring PG&E assets for full independence.

Although the possible acquisition of PG&E property would be a long process, the deal could help the city meets its goal of being 100 percent carbon neutral by 2030, according to the SFPUC.

“This report shows that acquiring PG&E assets is feasible and could be a significant step in meeting our aggressive climate goals while also prioritizing safety, transparency, and affordability for our residents,” Mayor London Breed said in a news release.

“San Francisco has a proven track record of providing clean and reliable power through our Hetch Hetchy Power and CleanPowerSF programs, and we can and should build on that success.”

“As we continue to grow our services, we have a unique opportunity to seriously look at a rapid expansion of our public power programs that could provide major advantages for our customers and our community — from stabilizing costs and ensuring reliability to expanding the city’s reliance on renewable energy. There is more work to be done but our initial analysis shows us we should continue to pursue this opportunity.”

According to the SFPUC, the next step in the process is to examine the impact of acquiring PG&E distribution assets, as well as how the city’s potential departure from the larger PG&E system could affect ratepayers across the state.

More than 360,000 San Franciscans have already switched over from PG&E to the CleanPowerSF program, SFPUC officials said. 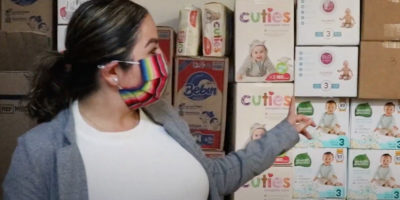