A sharp grounder headed toward the glove of Matt Chapman hit third base and sailed over his head in the ninth inning, sending home two Boston runners as the Red Sox broke open a tie for an eventual 6-3 win over the A’s Wednesday night.

A ball that should have started a double play in the sixth turned into the start of the Red Sox comeback. Mookie Betts walked and, after Marco Estrada (ND, 5-1/3 IP, 2.76 ERA) struck out Andrew Benintendi, his final K of the night.

Estrada felt better pitching tonight and said Nick Hundley did a great job calling pitches and keeping Boston off balance. Estrada tried to get the ball to his glove as much as possible:

Rafael Devers grounded to Jurickson Profar at second, who looked to Semien for a double play but sailed the throw over his head. Chapman ran to the ball, leaving third base open for Betts. With runners on the corners, Estrada walked Martinez and loaded the bases.

Profar believes if he hadn’t made that error, the A’s may not have lost. He wants to turn the page quick to get back on track:

“I think I had more time to grab the ball good and make a good throw and we turn a double-play, I think we would have had a good chance to win the game. … I just didn’t grab the ball well. I should have done a better job and turned that double play and give us a chance to win.”

Ryan Buchter came in for Estrada and faced only batter, Mitch Moreland, who hit a double that drove in two runs and tied the game 3-3.

In the ninth inning, the Red Sox found their rhythm. Nunez had a base hit but was caught stealing. Then Swihart and Bradley Jr. had base hits. A wild pitch from Rodney allowed the runners to advance to second and third.

The Red Sox top of the order did some damage again. Betts had a ground ball down the third base line but it hit the bag and bounced over Chapman’s head for a double that scored Blake Swihart and Jackie Bradley.

Melvin said Estrada pitched great and Rodney did his job to force a ground ball, but it was just unlucky:

“It’s a ground ball to third, Chappy is right there. He is going to get him, it just unfortunately hits the base and it ends up being two runs… Rodney really did make a good pitch. It was a change-up down, he made contact, it just ends up hitting the bag unfortunately. Thats the way it goes sometimes.”

Ramon Laureano had a two-run homer to straight-away center in the fourth inning, with Marcus Semien on first after his second walk of the night. The A’s first run came in the second after Kendrys Morales walked, Profar had a base hit, and Semien walked before Hundley brought in Morales with a base hit.

The A’s threatened in the eighth when Semien, after a base hit, stole second and Boston catcher Swihart uncorked a bad throw into center that Bradley bobbled leaving Semien safe at third. Laureano grounded to short and, hustling to first, is called safe and Semien scores before the play was overturned, calling Laureano out at first and erasing the run.

Benintendi hit a triple deep into right-center field off the wall. Laureano was unable to make the throw, and Betts scored.

After hitting Pinder iwth a pitch to open the ninth, Ryan Brasier (S, 1, 0.00 ERA) settled down and the A’s couldn’t come back.

Marco Estrada‘s 5-1/3 innings pitched snapped the six-game scoreless six inning streak from A’s starting pitchers. … 21 of the A’s 34 runs have been off home runs. … Nick Hundley had his first RBI as an Athletic in the second inning. … Marcus Semien had first stolen base of the season.

Giants swing for the fences, but can’t close out Dodgers 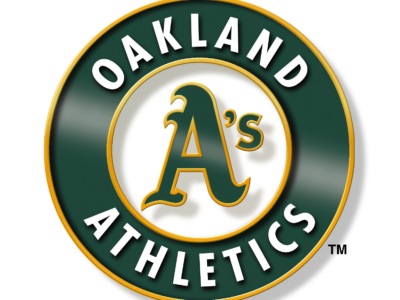 Giants swing for the fences, but can’t close out Dodgers

Reyes Moronta allowed a two-run double with two outs in the seventh inning to David Freese, the go-ahead hit in...