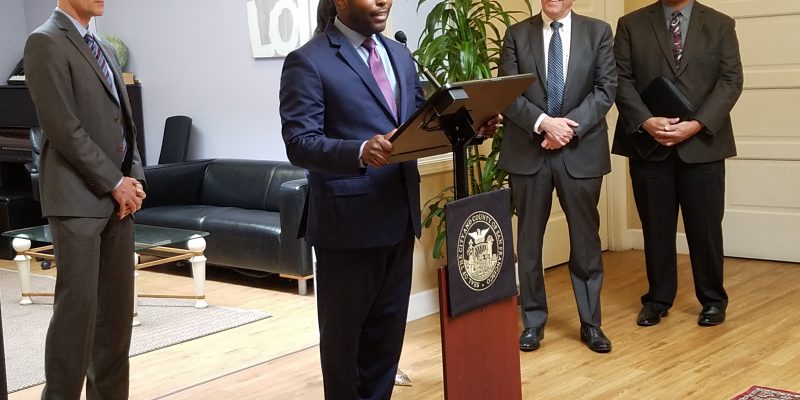 In a critical time where San Francisco is working on expanding its conservatorship laws with the passing of Senate Bill 1045, Mayor London Breed appointed Dr. Anton Nigusse Bland to serve as The City’s first-ever director of mental health reform.

Dr. Nigusse Bland is a board-certified psychiatrist and addiction psychiatrist and will step away from his role from Zuckerberg San Francisco General Hospital as medical director of Psychiatric Emergency Services.

Breed announced her appointment on Wednesday at Dore House where psychiatric patients from the hospital are sent for rehabilitation. She said:

“While there are great people doing great work both in our public agencies and nonprofit community like Dore House, we know that not everything is working.”

Breed said she has also made commitments to more mental health stabilization beds this year and to expand The City’s conservatorship laws:

“Each of these efforts, while important, is just one part of a whole behavioral system. That system needs greater coordination focus and accountability.”

Nigusse Bland’s job will be to improve The City’s efforts to mental health and substance abuse disorders and looking at current programs that are working and not working.

Additionally, he will identify gaps in The City’s mental health services, work with community organizations for better coordination, and track The City’s overall progress in helping the homeless who have mental health and substance abuse challenges.

“This won’t be easy, but I know that he’s up for the task and has my full support to achieve this goal.”

Nigusse Bland said he will be looking at patient experiences, assess current city programs, and build upon them:

“I am honored to be ask to serve at this critical time to address the problem of our homeless residents who need mental health and substance use care, but are not able to access it through our current needs.”

Niggusse Bland said he will bring with him his knowledge and his experience working at ZSFGH:

“At my time at Psychiatric Emergency Services, I have seen people in crisis who are disconnected from care and resources from the community.”

“I often challenge our staff to ask ‘what are their barriers? What can we do as a system to bend in their direction?’”

The Department of Public Director Grant Colfax said The City’s mental health care system can be perplexing for patients and their families:

“For many of are most vulnerable residents and for their families, the system can be confusing and hard to access. We must collaborate better with community providers, patient’s families, and other stakeholders to design a more client, centered model of care.”

Colfax also said Nigusse Bland was a good choice, as he has seen the issues The City is facing with mental health and substance abuse disorders first-hand.

Nigusse Bland will report directly to Colfax with his progress and efforts to reform The City’s mental health system.

federal jury in San Francisco on Wednesday awarded a Sonoma County man more than $80 million in compensation and punitive...