That was evident as the Golden State Warriors dropped their preseason home opener 114-103 to a regrouping Denver Nuggets squad Tuesday night.

The Warriors didn’t quite dominate during the first half, and their defense was absent for a solid portion of the evening.

This story has been updated with post-game quotes and additional material from the Warriors locker room.

A 14-point run by the Nuggets gave away the lead toward the end of the half, a four-point deficit that kept the Warriors out of the driver’s seat for much of the third quarter.

Perhaps nothing summed the Warriors quarter more than when Leandro Barbosa checked in to give a breather to Klay Thompson. Barbosa dribbled up the sideline and promptly lost control of the rock, which Denver took for an easy two points.

The Warriors trailed by double digits from the last four minutes of the third quarter to the final seconds of regulation.

The Warriors were outdone and unraveled by the fresher bodies of a team that hasn’t needed to play a game since mid-April.

Perhaps the nearly two-hour morning shoot-around had something to do with it, uncommonly long for a game-day shoot-around.

Players at the back-end of the bench needed to get their minutes, including Brandon Rush, who tore his ACL at Oracle in the first two minutes of the 2012 home opener.

Rush was a non-factor during the Warriors recent championship run, though he always looked to be a quality role player on a contender, if not more at times. In fifteen minutes, Rush shot 2-for-6 from the floor and didn’t look much like a lock to remain on the Golden State roster.

The veteran was outplayed by Ian Clark, who is fighting for a spot after playing only seven games for the Nuggets last season and 23 for the Jazz the year before that.

Clark, 24 years old, went 3-for-5 with six points, one rebound and a block in nine minutes of garbage time play.

In all, though, interim head coach Luke Walton says he isn’t judging guys on what they do in-game during the preseason for the last few roster spots:

“That race is more about what we see in practice. It’s not really fair to leave kids on the bench, in real-time, for a couple of hours and they’re sitting on the floor and then try to judge them on what they do when they get five minutes at the end of a ballgame.”

Beyond Clark and Rush, Jarell Eddie and Chris Babb are trying to give the Warriors’ front office a reason to keep them around. Golden State has no more than three spots available, and might not use them all.

There are also two veterans that are just barely on the wrong side of 30 who the team acquired this offseason.

Jason Thompson, who the team brought in after trading David Lee to  for Gerald Wallace to Boston, who was then traded to Philadelphia for Thompson. Babb also came over from Boston.

Wallace, a veteran with a fairly solid resume, was waived by Philadelphia shortly after the trade. It’s an example of what might be in store for Thompson if he’s not able to prove he belongs.

According to Basketball Reference, Thompson is the second highest paid bench player on the roster with a cap number of $6.4 million. That’s a lot for a guy who only played nine minutes during a preseason game that included a lot of garbage time.

The Warriors could save some of the luxury tax they’re set to pay by finding a way to move Thompson. The dubs are just shy of $30 million over the cap, and have only seven players under contract for the next season.

What might be even more important is the tax, Golden State is about $14 million over the luxury tax threshold of $84.4 million.

Why not retain someone cheaper and younger?

This opens the door for a guy like Clark. But it’s not a decision that head coach Steve Kerr will make, nor interim head coach Walton. It’s for the front office, says Walton:

The Warriors announced Harrison Barnes suffered a right knee sprain during the second quarter. At the 6:40 mark, Barnes got in position just outside of the lane while Rush hit a three 20 feet behind him. The forward flexed his leg back and grabbed at it, making it plausible that was the play where he hurt it.

Barnes is entering his final year under contract with Golden State, and is looking to follow the lead of Green — who was drafted nearly 30 picks after the wing-forward in 2012 — and cash in on a major contract.

After starting the entire season during Golden State’s championship run — Barnes didn’t miss a single game during the regular season — he posted 10.1 points per game with 5.5 boards and shot 48 percent from the floor.

An extended absence would open the door for Andre Iguodala and Shaun Livingston to log more minutes during the early going of the season. 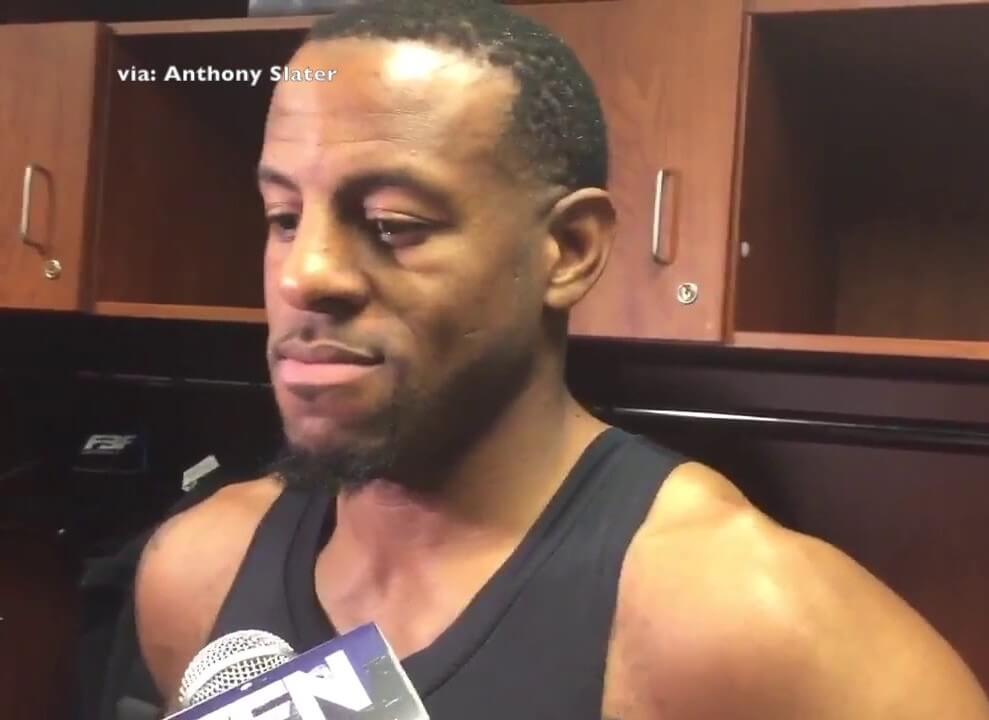 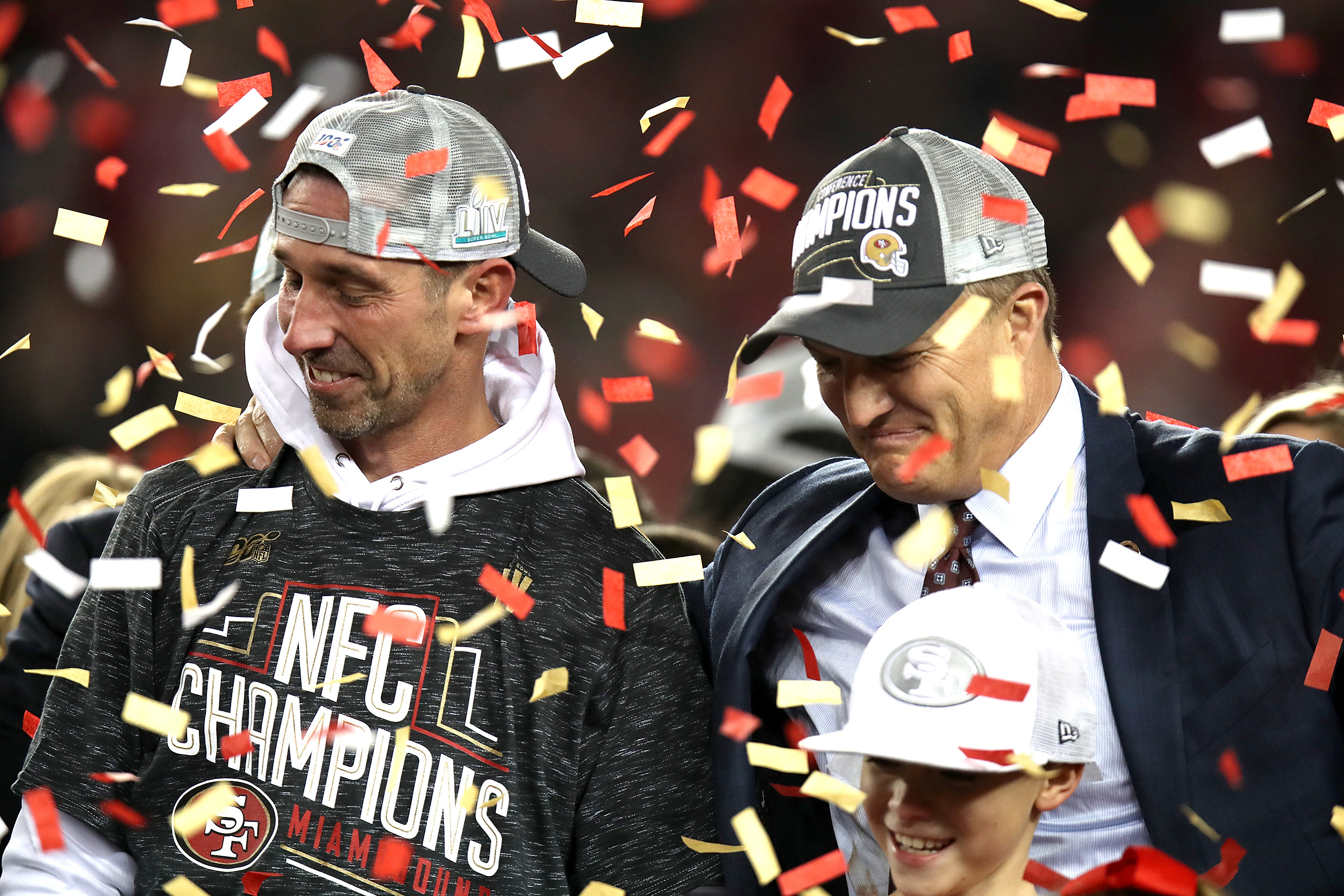 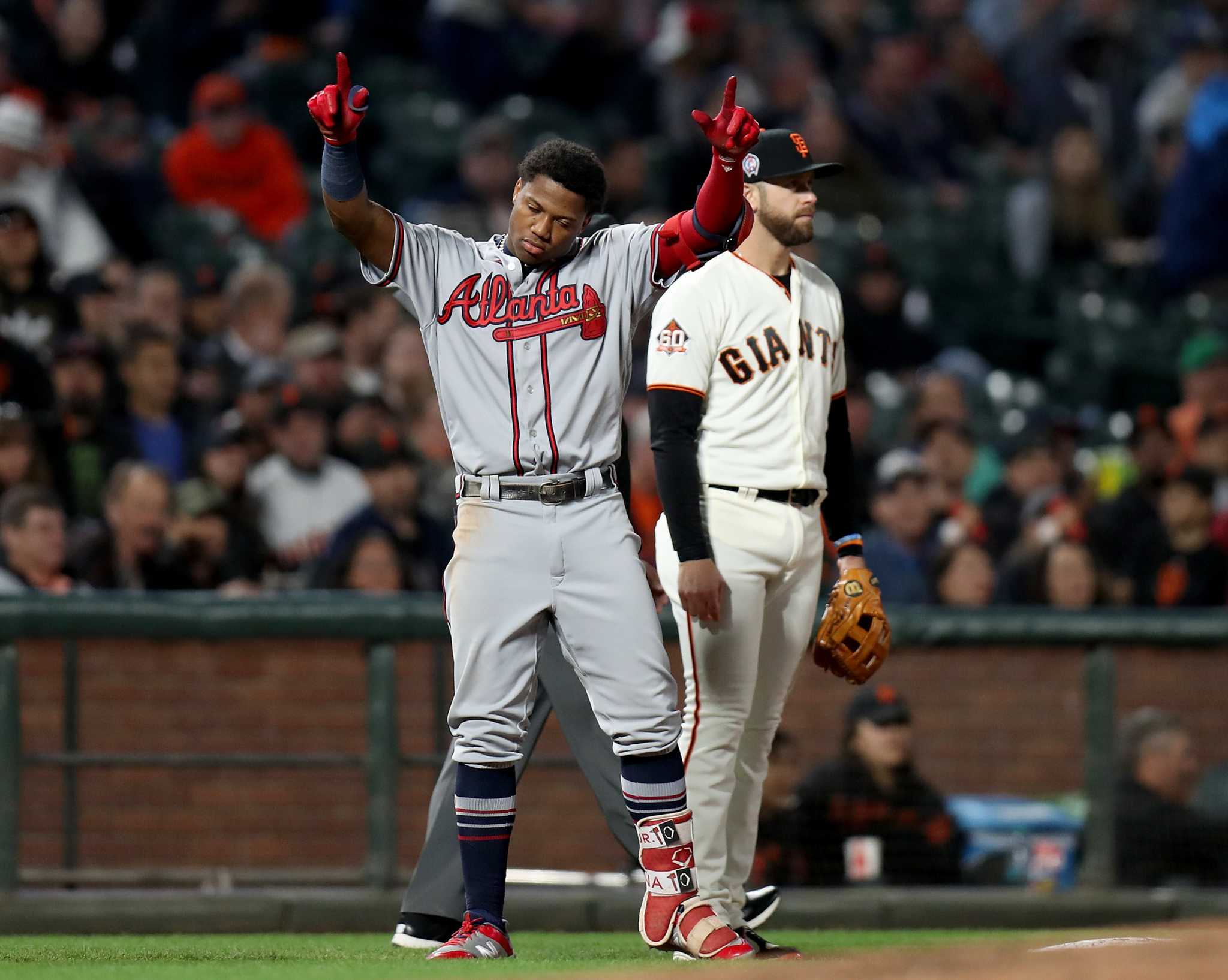