An expanded wage and benefit policy approved by the San Francisco International Airport Commission Tuesday will raise the wages of workers at airline catering companies and could help reduce turnover, according to airport and union officials.

However the vote does not eliminate the risk of labor action at one Burlingame company, where workers negotiating for better pay and benefits recently voted to authorize a strike, union officials said today.

The food companies produce on-board food for passengers off-site and deliver it to planes on the tarmac in trucks.

The QSP, which now covers around 12,500 contract employees in positions involving safety and security at SFO, establishes training, equipment, compensation and benefits standards for contractors, according to airport officials. The changes approved today will take effect on March 1, 2016.

“The goal is to increase safety and security by reducing turnover.”

In practice, it means that the lowest paid workers at the catering companies will see their pay increase from about $9.44 an hour to about $13.52 an hour, according to officials with United Here Local 2, the union representing those workers.

“This is a very positive step forward, and it will impact hundreds of working people down the Peninsula who make the food for the airlines.”

Workers at the Burlingame-based Flying Food Group voted in September to authorize a strike. Union officials today said that a strike remains possible because while the commission’s action will raise wages for the lowest-paid workers, it does not address how much the higher paid workers will receive or resolve issues with health and retirement benefits.

“In the end, we think that it’s not the catering companies themselves but the airlines that will need to address this. … They’re the ones that are ultimately profiting from these dead-end, low-wage jobs.”

A call to Flying Food Group officials was not returned. 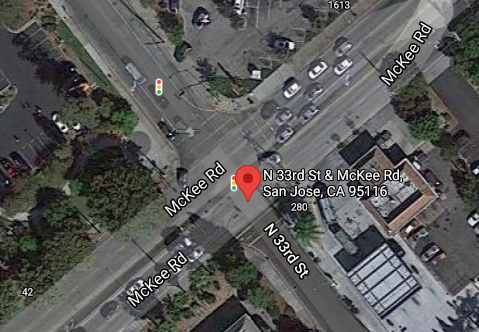