The Warriors pride themselves on their depth, but very little of it has been utilized in the postseason. Until Sunday.

Ten Warriors scored with the Golden State bench outpacing Memphis’ 30-21 in a 101-86 victory giving the Warriors a 1-0 lead in the Western Conference semifinals.

Warriors head coach Steve Kerr told SFBay its difficult to have everyone play great every night, so they are going to need their depth as the series wears on:

“That’s the luxury we have with our team.  We have a lot of depth, and in this series in particular, we’re probably going to have to use it because those guys draw a lot of fouls down there.”

Draymond Green led the way in the opening frame, hitting three 3-pointers en route to 11 first-quarter points as the Warriors took an early and lasting lead.

But foul trouble gave way to reduced time for Green, and late in the second quarter Bogut held his back, grimacing as he walked to the bench, allowing the Grizzlies backcourt of Zach Randolph and Marc Gasol to combine for 27 first-half points.

Though Bogut spent a stretch of the second quarter stretching near the Warriors baseline, after the game he said nothing was wrong and that he would be fine.

Despite the offensive efficiency of Memphis, the Warriors found a stride with their depth. Harrison Barnes played a beautiful game that was hardly reflected in the box score (11 points, 3 rebounds, 3 assists, 1 block).

Curry, quietly dishing out dimes, hit his first trey late in the second and followed it with another. He would finish with a game-high 22 points, but it was the bench that continued to stand out.

Marreese Speights who later shined in the final frame and led the bench with 10 points, said he felt that it was going to be a good game for the second team:

“We’ve been playing good against the first team all week in practice so we knew we had a bond going into this game. So if we got an opportunity to go out there as a unit we knew we could do some damage.”

With spacing and ball movement, the Warriors were able to keep a nine-point lead at halftime.

Foul trouble crept in again with Green and Bogut both picking up their fourth fouls early in the third stanza, but David Lee and Festus Ezeli were called upon and provided strong minutes, including an Ezeli block late in the third that brought the Warriors fans to their feet.

Kerr told SFBay Ezeli is a perfect match against a team like Memphis because it plays right to his strengths:

“He guards the rim, guards big guys. To be able to put a big, athletic center on to Zach and Marc gives them a little different look.  It’s a luxury.”

Golden State lacked defensive consistency through Sunday’s contest, but managed to hold Memphis to just 14 points in the third and took their largest lead of the game, 80-60, on a wild step-back trey from Curry.

The Warriors maintained their lead through the final quarter with standout moments from Speights, and claimed another double-digit victory, even with air balls in the final minutes from Curry and Klay Thompson.

Curry remarked after the game that his team looked healthy, spry and ready to take on any challenge:

The Warriors will take on the Grizzlies in Game 2 Tuesday before heading to Memphis for Games 3 and 4. 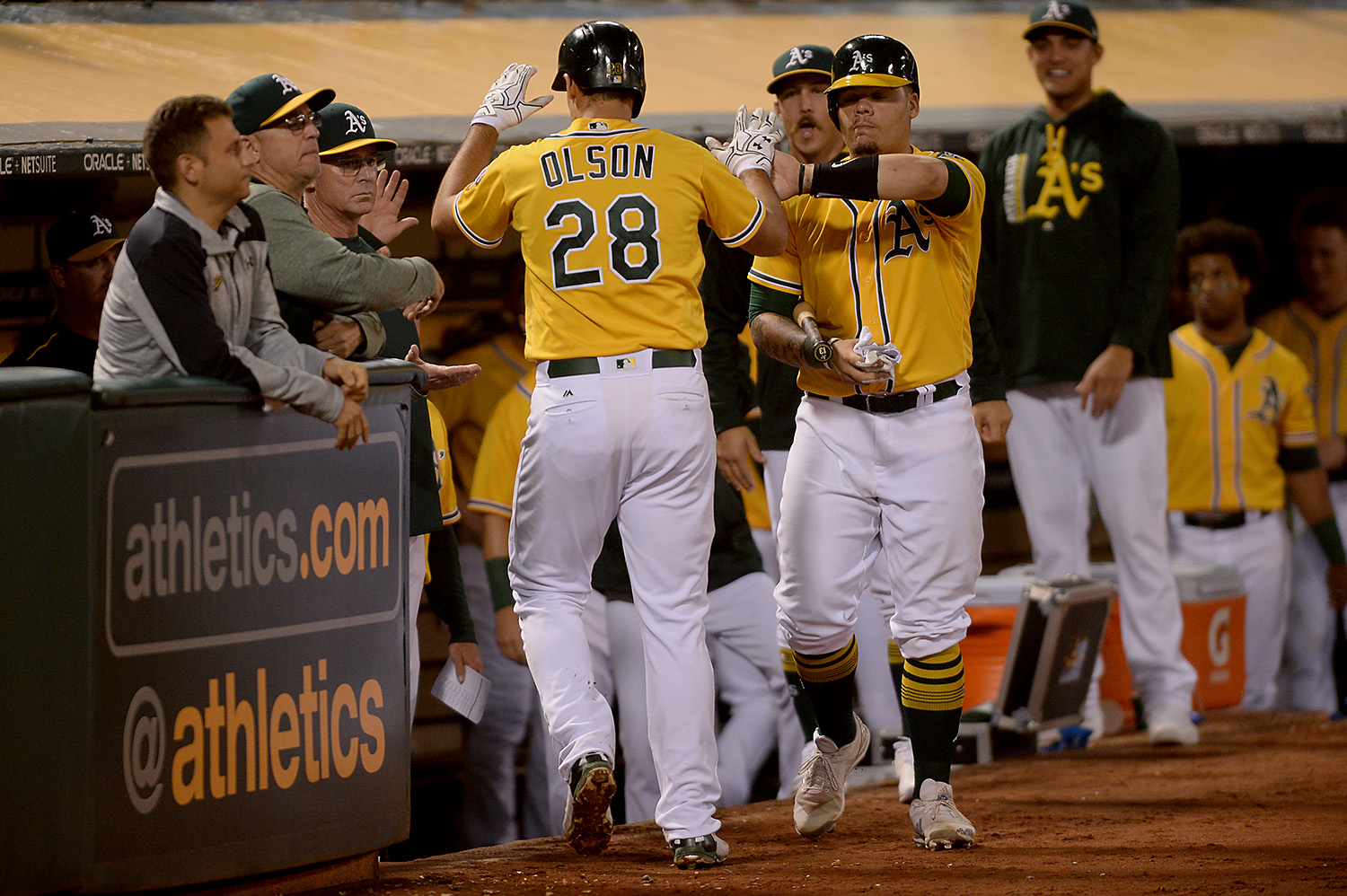