AT&T PARK — A steady downward spiral means substantial changes need to be made.

San Francisco Giants Manager Bruce Bochy did just that before his squad’s series finale against the St. Louis Cardinals, with a major lineup shift that put Hunter Pence in the leadoff spot and newcomers Joe Panik and Adam Duvall near the heart of the lineup.

Any shoots of offensive momentum quickly withered, with the scrambled lineup’s messy defense dooming the Giants to a 7-2 thumping to end the series. The Giants finished the 10-game home stand with a 2-8 record.

The Cardinals took an early lead with a two-run shot from Jhonny Peralta in the first, but one defensive blooper squashed any Giants comeback hopes in the fourth.

Yadier Molina started the inning off with a single before Oscar Taveras struck out. Bumgarner was pitching for the double play, and Mark Ellis grounded it to first baseman Duvall.

Duvall’s throw to second sailed into the outfield and left all runners safe. RBIs from Jon Jay and starting pitcher Carlos Martinez gave the Cardinals a 5-1 lead.

Bumgarner said he felt fine on the mound, but couldn’t get it done:

“I really felt good but I just made a mistake to Peralta in the first, he got a good swing on it and put us in a hole early. And then after that I got back in the groove and wasn’t able to pick us up after the ground ball to first. Unfortunately wasn’t able to do it today.”

St. Louis would add two more runs, including one in the sixth against Juan Gutierrez who, before today, hadn’t allowed a run in 15 of 16 games played.

The Giants, facing Martinez in his fourth career start, scored just two runs in two innings on seven hits, one RBI came from Bumgarner, his eighth of the season,

Despite some heroic moments — like Tyler Colvin’s on-the-money throw from left field home to prevent Cardinals run No. 8 in the eighth inning — the Giants looked to have fallen back quickly into a rut.

After the game, the players looked dejected packing up for their next roadtrip, and Bochy was not happy:

“The whole homestand was frustrating. We’re too good to have a home stand like this … It’s hard for everybody. I know we will come out of it it’s just taking a lot longer than we thought. Our margin of error isn’t there anymore. We have to play good baseball.”

“We’ve shaken things up, lineups, and we’ve met and I think more than anything you have to keep believing and stay positive and hopefully we all kick ourselves in the tail here and that’s part of it is getting mad and doing something about it.”

Continued lackluster offense and costly defensive mistakes beg for the return of injured players like Brandon Belt, Angel Pagan and Marco Scutaro. Without them, it seems, the Giants are lost in translation, trying to make do with a face that is constantly changing.

At least two of the Giants’ three injured starters, however, are progressing steadily on the road back to AT&T Park. Marco Scutaro hit a single and double in three innings for the Arizona League Giants yesterday and will play again today. Bochy said he could be playing for Fresno in the next couple days.

Belt is expected to be activated Friday and, immediately after the game, Duvall was optioned to Fresno to make room for him on the roster.

Bochy asserted that, after this adjustment, there weren’t going to be any more roster changes in the near future, but the team needs to get scared straight:

“This is our group. They know that we told them that. This is a good group, talented group that showed that… The only thing we can do is to wash this off but at the same time theres a time when you have to say enough is enough and that’s where we’re at.”

The Giants begin a three-game series against the Padres on Friday in San Diego before returning to the Bay Area to play Oakland at O.Co.

The Giants look like they’ve hit rock bottom — yet are still tied with the Atlanta Braves for the second-best record in baseball at 47-38…. San Francisco is neck-and-neck with the Dodgers in the NL West. 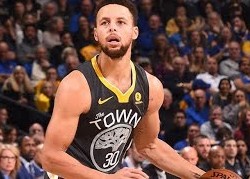