I know 49ers fans were bummed that their team wasn’t playing last night. But even the most heartbroken Niners fans had to applaud the theatrics the Giants and Patriots displayed in Super Bowl XLVI.

In yet another edge-of-your-seat, drama-filled finish, Eli Manning and the Giants upset the favored Patriots for the second time in four years. The Giants took the lead with 57 seconds left and the game ended with the ball falling through Rob Gronkowski’s arms in the end zone after the Tom Brady’s Hail Mary pass was batted in the air.

But cheer up, San Franciscans.

If there is a bright side to a Super Bowl not involving the 49ers, it is that the end of the game marks the beginning of a new San Francisco Giants season.

After a disappointing 2011 season, there is renewed enthusiasm at the corner of 3rd and King, as evidence by the 36,000 fanatics that showed up to the Giants FanFest on Saturday. I would have gone myself, if my 16-hour flight from Dubai hadn’t touched down at 2 p.m.

Buster Posey and Freddy Sanchez, key members of the 2010 World Champs, appear to be on their way to full recoveries from their season-ending injuries. Posey’s devastating leg injury last season crippled the Giants’ season. A healthy Posey will be the difference between the Giants being contenders or pretenders in the National League in 2012.

The Giants retooled their outfield, replacing fan favorites Andres Torres and Cody Ross with Angel Pagan and Melky Cabrera. After breakout 2010 seasons, Torres and Ross fell back down to earth in 2011 and the Giants decided to cut their losses. Cabrera, a young switch-hitter, adds a potent bat to the Giants lineup. He will get on base and create runs.

And for now, Tim Lincecum doesn’t have to think about his contract and can focus on regaining his Cy Young form. Now, if they could just re-sign Matt Cain, all would be well in Giants Land.

Ryan Vogelsong got a well-deserved multi-year contract. Headcase Jonathan Sanchez was shipped out of town in the Cabrera trade.

Ryan Theriot was brought in as insurance in case Brandon Crawford still can’t figure out what to do with a bat in his hands. 21-year-old man-child Madison Bumgarner was the Giants best starter in last September, going to 4-1 with a 2.01 ERA in five starts.

So if you’re still crying into your frosty beverage about the 49ers, it’s time to wipe away those tears, bust out the 2010 highlight videos (think happy thoughts) and get ready for what will surely be a fun 2012 season for the Giants. 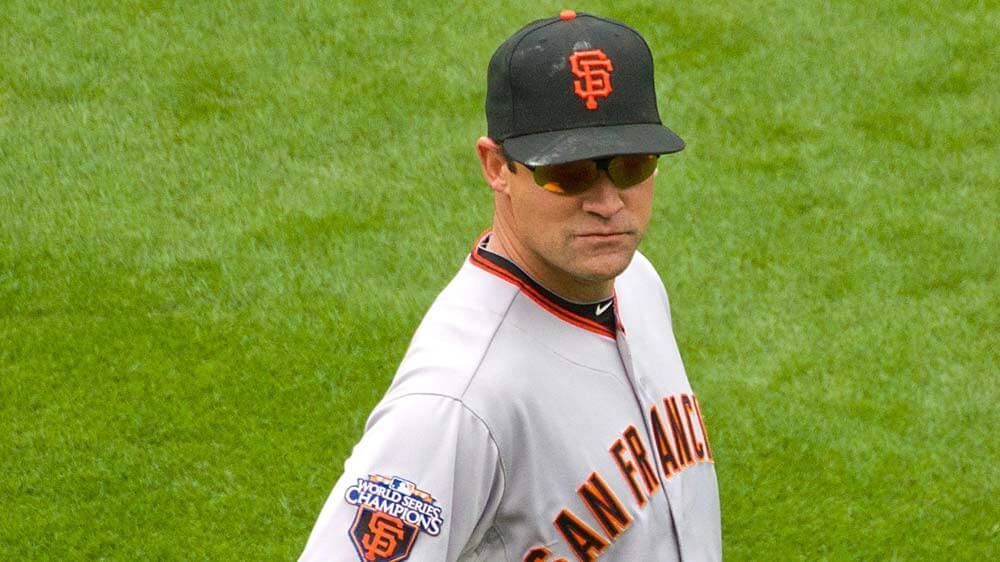