Leave it to coach Harbaugh to take an off-the-wall YouTube sensation and turn it into a motivational tool for his football team.

The 49ers head coach didn’t get his players excited to play by being a vicious dictator that scolds his team. He didn’t get them to the playoffs by having them sit in a circle, hold hands and sing “Kumbaya.”

Oh no. The zany genius that is Jim Harbaugh sat his team in front of a video of 49ers highlights cut with clips from the infamous honey badger documentary. Now, “the most dangerous animal in the world” is the unofficial cheerleader of the Niners’ locker room.

Now, there’s a third honey badger viewer: Jim Harbaugh, the guy that said “Hey, this oughta get my team ready for a playoff run!”

Sports critics didn’t think the 49ers would rise up from nearly a decade of losing seasons. “Honey badger don’t care!”

There was insinuation that the Niners’ lack of red zone efficiency would hurt their playoff chances. “Honey badger don’t give a S&$# it just takes. What it wants.”

And in the locker room after a power-outage-riddled Monday Night Football win over the Pittsburgh Steelers, Harbaugh proclaimed: “Honey badger don’t care about no lights!”

And let’s hope the honey badger is in the building for this Saturday’s playoff game.

I’d pay good money to see Harbaugh look over his shoulder at Sean Payton and say:

“Thanks for the snake, stupid.” 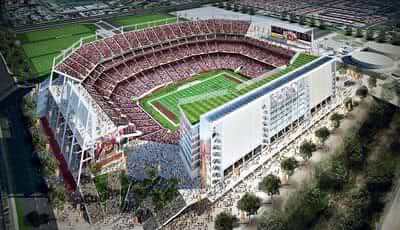