Forget Elvis still being alive. Or Tupac writing albums from the grave.

The Oakland Raiders new owner Mark Davis made mention of his late father — and notorious long-time owner — Al Davis, and the lights in the press room mysteriously shut off.

A little midday scare wasn’t enough to deter Reggie McKenzie from making his presence known in his first press conference as the Oakland Raiders general manager.

McKenzie opened the conference by thanking his family and his former employer — the Green Bay Packers — and demonstrated his hard-working business ethic when it comes to rebuilding the team and leading them into “an era of change.”

And how can that attitude not excite the Raider nation? Everybody likes a “roll-up-your-sleeves type of guy.” A guy who is “proud to be in a leadership position.” And a guy who shares the values of the Raiders slogan: “Commitment to excellence.”

“When Mark called and said ‘we want you for the job,’ I couldn’t stop smiling,” McKenzie said, trying to hide his dimples.

Although he danced around questions about Carson Palmer and Jason Campbell — answering “there would be competition at every position” — the conference started off with questions of McKenzie’s first decision in the Raider clubhouse: Firing head coach Hue Jackson.

Jackson’s firing made this afternoon’s press conference even more eagerly anticipated. McKenzie dropped the axe on Jackson early this morning in a meeting without Davis. The owner hinted last week he had no intention of letting Jackson go, though he also gave McKenzie the go-ahead to choose another head coach as he saw fit.

While McKenzie said very matter-of-a-factly that he meant no disrespect to Jackson and wished him “the best of luck in his future,” Davis chose to dodge several questions involving Jackson’s firing and locker room conduct.

The Raiders were 8-8 under Jackson this season, and quite notoriously set an NFL record for most penalties and penalty yards in a single season.

McKenzie wrapped up his time at the podium by letting the whole conference room know that he was ready to build a football team that was going to win championships.

“We WILL win championships here,” he said just before questioning commenced. “I’m going to keep this short. . . because we have a lot of work to do.” 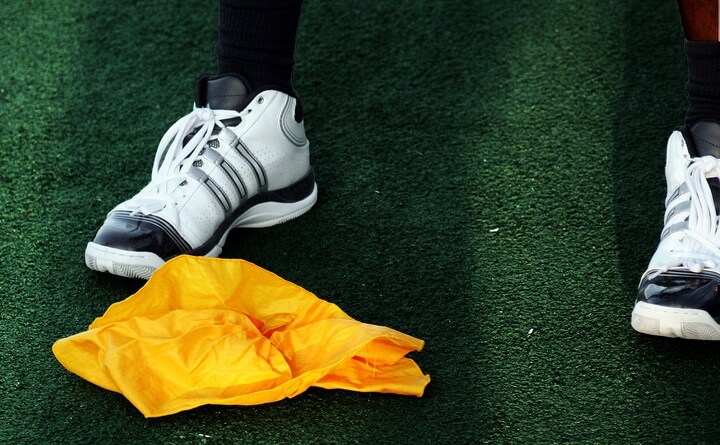 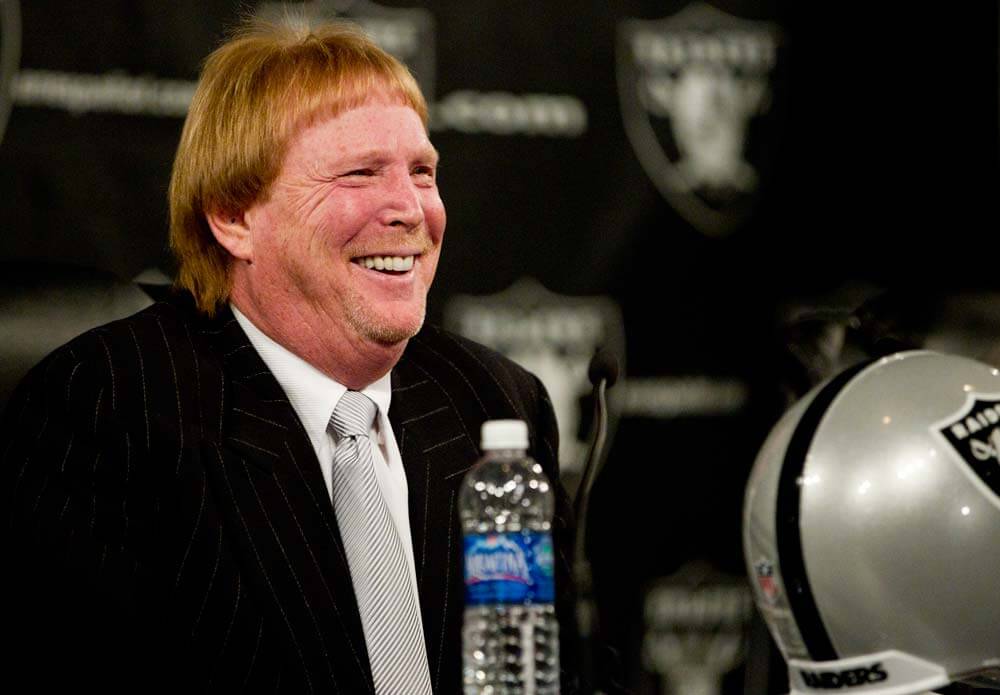