This pandemic-shortened season started out just as bad as possible for this Warriors team.

First, there was the obviously disheartening Klay Thompson injury, then the NBA did them absolutely no favors by having them play the pair of Kevin Durant and Kyrie Irving and Giannis Antetokounmpo in back-to-back games.

That would be a tall order with a healthy Thompson, let alone for one missing him and Draymond Green.

And while the two blowout losses, a buzzer beating win against the lowly Chicago Bulls and a close win over the Pistons without Blake Griffin may not have the most encouraging optics, we’ve learned a few things about this iteration of the Warriors after the first week of the season.

The bench is better than last year, but better doesn’t mean good

When Golden State brought in Kent Bazemore and Brad Wanamaker, it was easy to look at their bench as a strength.

But those rose-colored glasses are easy to wear after a season watching Dragan Bender and Jacob Evans.

After an impressive preseason, Bazemore has been a DNP-CD the last two games and has been passed in the rotation by everyone aside from Nico Mannion.

While he showed some scoring chops and the defensive toughness in the preseason, once the games began to count his shot went away as did his ball security.

He only has two total turnovers in two games, but if you look at his per-36 averages that numbers becomes an ugly 4.5 turnovers per-36 minutes.

That number can be more acceptable if you’re Stephen Curry and have to create every offensive look, but becomes much less palatable if you’re a bench player who’s supposed to be steading the ship while Curry rests.

And Wanamaker isn’t faring much better, shooting just 38 percent from the field, although he’s at least in the rotation.

Instead, guys like Damion Lee and Mychal Mulder are proving to be the best options off the bench. The same ones who were major players last season, who were supposed to be relegated to more manageable, low-leverage roles.

And that should give you a clue on how bad the Warriors bench has been through the first week of the season. The pair’s shooting ability has forced them onto the court as the Warriors spacing has been abysmal to start the season, and anyone shooting over 10 percent from 3 is considered a shooter at this point.

It’s not getting any better either as their best bench player Marquese Chriss is out for the year after fracturing his leg in practice.

Instead, they are hoping Bazemore can find his footing and become more than the celebration starter like he was during his first Warriors tenure.

If those flashes from preseason are anywhere close to the player he can be for the Warriors that morphs their bench into something solid. But if he caps out as the 14th-best player on this team, that doesn’t bode well for him or the rest of the Warriors season.

That second year player development not off to a promising start

Just based on the three preseason games it looked like Jordan Poole was ready to take that next step into the rotation and it looked like he put one of the worst rookie seasons in NBA history behind him.

He chopped off his hair. magically was under control, and had a reworked shot.

So far that has amounted to a boosted field goal percentage from his awful 33 percent last year to 39 percent.

Despite that promising preseason glimpse, he’s essentially the same inefficient player he was last season—and he still might be player better than Paschall.

Last season Paschall was a revelation, a bruising, scoring, second round steal. He was a first team All-Rookie selection.

Now as a bench piece with better players in front of him, he’s having a hard time fitting into his role. Yes, his 9.5 points per game are nice, but his contributions to winning end there.

The defense has been invisible, so has the rebounding, and he’s a total black hole with the ball in his hands. He’s essentially late-career David Lee, except at least Lee cared enough to pad his rebounding stats.

Take a look at the videos of players missing an open Curry to hoist their own contested shop and more often than not, the guilty culprit isn’t the new guys like Kelly Oubre and Andrew Wiggins, it’s Paschall.

And yes, it is true this is the first taste of playing with Curry for Paschall too, but he had a whole year in this Warriors system.

The Warriors picked up Poole’s rookie option for next year, so clearly, they haven’t given up on him, but it’s not an encouraging sign for a capped-out team that their recent run of draft picks haven’t turned a corner.

At least one of the prospects seems to be developing though. Generally, when the Warriors picked Wiseman second overall, their expectations were contribute a little in 2020, but the pick was more with an eye on the future.

The giant 7-footer has changed that outlook already.

The scouting report was that he had a shot that looked like it could translate in time to NBA 3-point distance, but he may be the Warriors second most reliable 3-point shooter this minute.

He’s hit 5-of-8 from distance to start the year on a long, unblockable, lefty stroke.

He’s also showed off some full court handles and of course his calling card athleticism.

What he hasn’t showed off yet however is any NBA defense. He’s been out of position on roughly every play defensively and has yet to pull in more than eight rebounds in a single game.

And even with all those things considered, the Warriors are better with him on the court. That’s a big development.

Now if he is able to gel with Draymond Green on defense, he could be the difference maker potential the Warriors thought they were drafting, just much much quicker.

Steve Kerr has had to make adjustments for what is probably the first time since he started coaching the Warriors.

Gone are all the high IQ, extra-pass veterans that have become a Golden State staple.

In their stead, it’s a bunch of young but Warriors basketball illiterate players, not used to multiple backscreens and swinging the ball from side to side.

The results have predictably been rough. The league has had the opportunity to fully scout the Warriors motion the last six years and the secret is out.

It’s turned out to be pretty effective too. Before, teams would save that type of defense for playoff series, but with more teams employing that strategy as their base defense the Warriors have encountered it against essentially every team who aren’t the dregs of the league.

It was painful to watch Kevon Looney spend 15 seconds of the shot clock with the ball in his hands, anxiously looking for someone to get open against the Nets and Bucks.

But Kerr has adjusted, he’s started using more drive and kicks instead of multiple back screens and it’s helping so far.

Andrew Wiggins has had his two best games with the simplified offense, and the Warriors are sporting a 115 offensive rating those last two games, which would be good enough for fourth in the NBA.

All that is good news, but there still seems like room to improve. Wiseman and Curry have shown to have great chemistry in the pick-and-roll, not to mention it looks borderline unstoppable but predictably they’ve ran it only a handful of times.

Now the Warriors don’t want to be the Rockets, that’s abundantly clear, but there’s a difference between running pick-and-rolls exclusively and just running more of them.

It was hard to argue with the strategy of saving the Curry-Green pick-and-roll for the Finals when Finals appearances were all but guaranteed.

But now, the Warriors don’t have this luxury, and they’re going to need to roll with their best lineups, and best offensive plays every game, if they want to even get into the playoffs.

And even with all that bad, and a sliver of good, the Warriors sit at 2-2 after their first full week of NBA action, exactly where everyone assumed they would be. So maybe it hasn’t been as bad as it has looked. 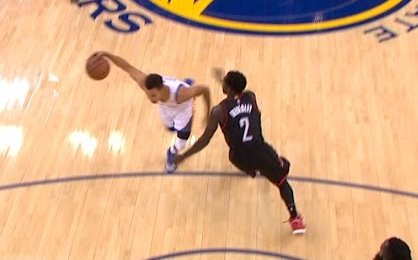 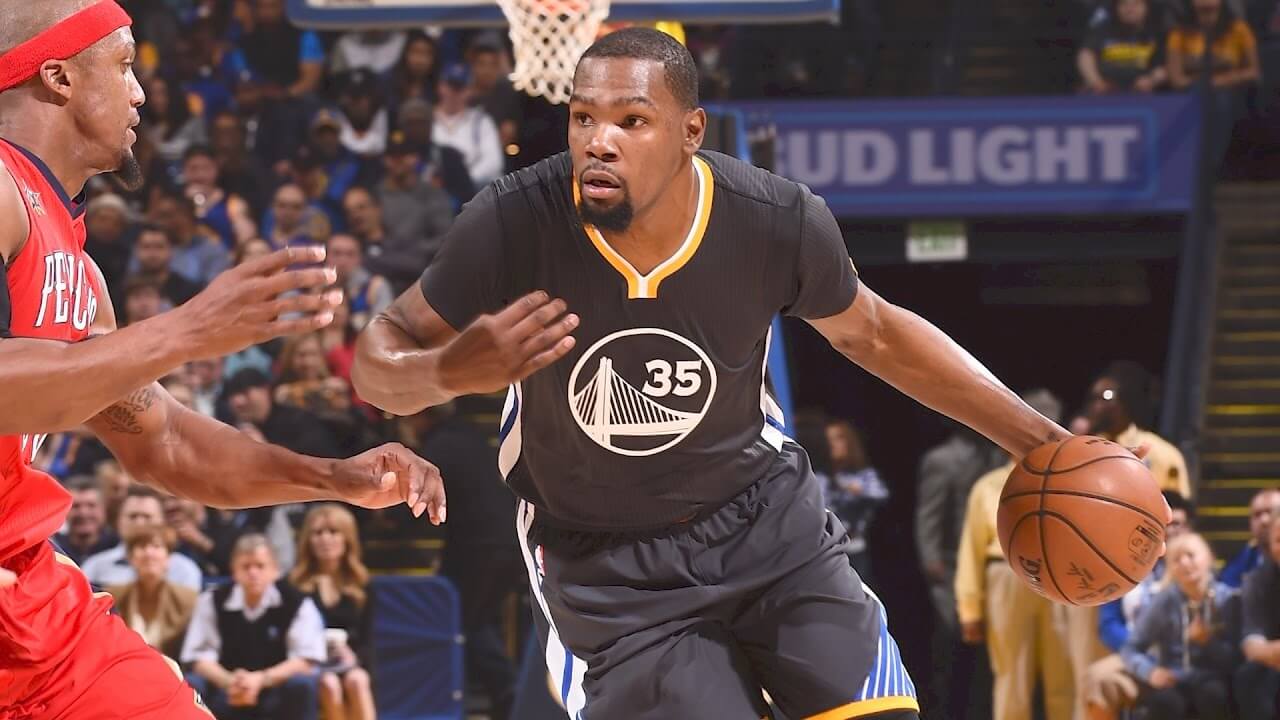