No team in the NFL deserved a bye week more than the San Francisco 49ers in Week 11. Suffering the worst injury luck of any team in the league, the 49ers hobbled into their bye aiming to get healthier before their second matchup with the Los Angeles Rams.

At the bottom of the division, the 49ers (4-6) will look to sweep the division rival host Rams (7-3) for the second-consecutive season. The return of key players will help them in Week 12.

Bring in the reinforcements

Week 12 was the target for multiple key 49ers players, including their leader on defense, CB Richard Sherman. Out since Week 1 of this season, Sherman’s absence has been felt in numerous games, despite a solid showing from his replacement Jason Verrett.

If Sherman is a full-go Sunday, 49ers Head Coach Kyle Shanahan doesn’t expect much restraint, but they have that option if they need to ease him in:

“If Sherm’s back there and back to himself fully a hundred percent, we’ll get him out there fully. I’m glad we got him in a week before the break we had here, just so we could get him acclimated a little bit. Didn’t get to see him at all on the week off, so we’re going to get out here in a little bit in the next hour and practice, and we’ll see how this week goes. When Sherm’s ready to go, he’ll be back to his spot, but in a no hurry to do that. We’ve got number of guys who have been playing well while he’s been out and we don’t mind easing him back in either. That’ll be decided how he looks in practice these next three days.”

At this point in the season, a trip to the postseason is highly unlikely for the 49ers, although not impossible. Any miracle run these last six games would start with a healthy team on offense and defense.

Unfortunately for the 49ers, and many other teams around the league, the Covid List has been used regularly this season. Here is what you missed the past couple of weeks.

That brings the total to nine players placed on the Covid-19 list in the span of six days. At the time of this writing, there are six players remaining on the list. The 49ers are hoping to activate more before Sunday’s game.

Trent Williams, who once had cancer as a member of the Washington Football Team, is considered higher risk. Without him on the offensive line, the 49ers may be in trouble Sunday against Aaron Donald, who will be looking to make a statement after the 49ers shut him out in Week 6.

“I think it possibly could have been last week when we were off, but I think this has given us enough time to recover. At least we’ve been good in our building for a number of days and stuff. So, it doesn’t look like it’s getting worse, at least in our building. So, as long as we don’t get it in here, that would surprise me. It’s just going to make it tough to practice this week. We’ve got a number of guys out who probably won’t be back for the game. We’ll see how that goes, but as far as last week, we couldn’t do anything last week. So, that’s the main thing we missed.”

They’re healthier, but the 49ers are still missing key players on both sides of the ball, and some questions still remain. How will the offense perform without Aiyuk? Can the offensive line protect QB Nick Mullens? Can the defensive line depth get the job done against Rams QB Jared Goff?

From a personnel standpoint, the 49ers passing attack may be limited Sunday, but that shouldn’t be the case for the ground game. With the possible additions of Mostert, Coleman and Wilson, the 49ers could have their full arsenal of weapons on the ground.

Without Aiyuk, the 49ers limited passing attack will run through Samuel if he returns for Sunday’s game. Expect TE Jordan Reed and WR Kendrick Bourne to be heavily involved as well.

On offense the Rams are a well-balanced squad in both the passing and run game with Goff at the helm.

The duo of Darrell Henderson and Malcolm Brown provide the Rams with a 49ers-like tandem on the ground. Through the air, a passing attack consisting of three good receivers in Cooper Kupp, Robert Woods, and Josh Reynolds could give the 49ers headaches Sunday.

In the first matchup between these two teams this season, the 49ers secondary locked down these Rams receivers. 49ers Defensive Coordinator Robert Saleh discussed how they played them so well: 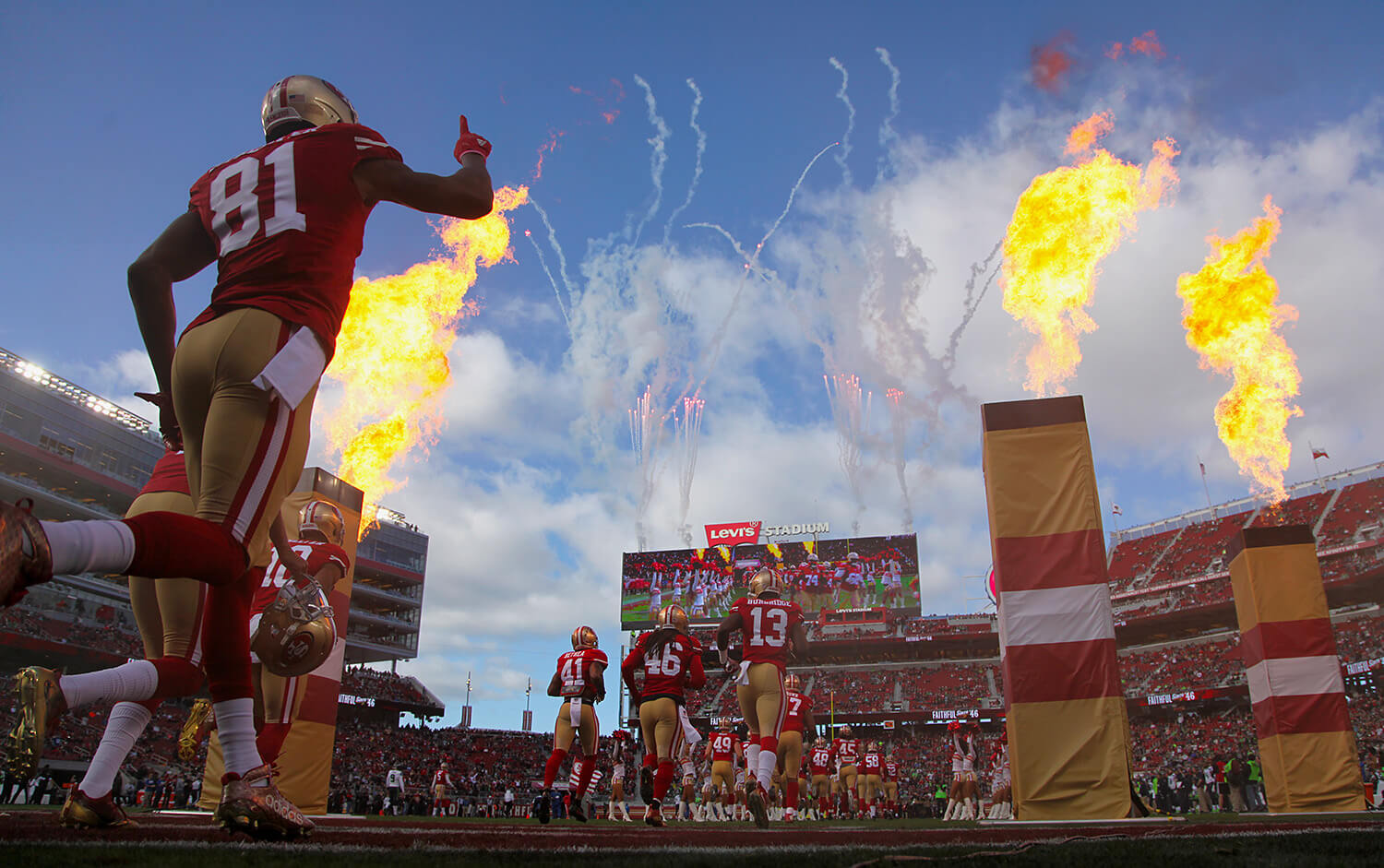