Drivers for app-based companies like Uber, Lyft and DoorDash will likely remain independent contractors in California after the state’s voters approved Proposition 22, according to unofficial elections results Tuesday night.

About 58 percent of voters said “yes” to Prop 22, which classifies drivers as contractors rather than employees, who typically receive more benefits than contractors.

Uber, Lyft, and Doordash supported the measure, while labor organizations, teachers and firefighters opposed the measure.

As of early Wednesday morning, 82.6 percent of precincts had at least partially reported, according to the California Secretary of State’s office. Results will be final no later than Dec. 11.

Drivers for app-based companies get some benefits as contractors, according to the measure, including 120 percent of the local minimum wage for each hour they drive, excluding time spent waiting.

For drivers who typically work more than 15 hours per week, app-based companies would provide help with health insurance. Prop 22 also requires app-based companies to pay medical costs and cover some lost income if a driver suffers an injury on the job.

And it limits drivers to no more than 12 hours working in a 24-hour period for a single app-based firm. 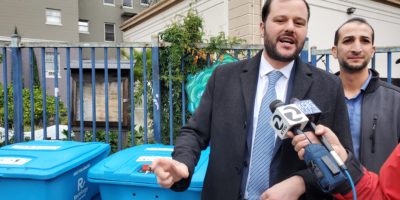