Still searching for their identity, the 49ers Super Bowl aspirations look grim. An embarrassing blowout loss to the Dolphins sent the reigning NFC Champions to the cellar of the NFC West.

The $137 million elephant in the room

On Monday after the loss, Shanahan discussed what the 49ers (2-3) had seen from Garoppolo leading up to that game, and what went in to making the decision to bench him:

“When it comes to Jimmy, it was how he looked in practice. It started out Wednesday like they all do coming off a high ankle. Looked a lot better Thursday, had no soreness from it. Looked good on Friday and looked good in pregame warmups. So, there was nothing that you saw in practice that would have kept him out. If the game was going a little bit
differently, I would have kept him in that game also. It wasn’t that his ankle was hurt too bad to where he couldn’t function and play, but it was definitely prohibiting him. You could tell how he was throwing, just mechanically doing a little bit different than he normally does. When I do see that with my own eyes and then when I talk to a guy when he comes off the field and ask him and he kind of echoes similar to the same
stuff, I know it’s going to be tough for him to throw the way he normally does.”

Now what does this all mean moving forward? After another week of practice this week, this time practicing in full capacity, Garoppolo will start against the Los Angeles Rams (4-1) Sunday night on a nationally televised game. No pressure, right?

Whether the 49ers want to say it or not, they will be evaluating Garoppolo from here on out. For someone who the 49ers felt confident enough in to give a whopping $137 million to be their franchise quarterback, someone they were confident enough in to turn down Tom Brady this offseason, Garoppolo needs to finish the season strong, or else his job could be in jeopardy.

After a good week of practice with all of his weapons, Garoppolo discussed how much that continuity and those reps help him, and the offense, to bounce back heading into Sunday’s game:

“Oh, it’s a ton. It’s tremendous. When you get guys out there and we’re doing the same plays with the same people and you start to get a feel for one another, it takes time. It’s one of those things that it’s not going to happen overnight. We know that. So, it’s just about putting in the time on the field, off the field, interacting with one another, and just getting on the same page as fast as we can.”

A return to normalcy?

What better time to face the most difficult part of your schedule than when you’re at your lowest physically and mentally. “Don’t kick a man while he’s down.” Unfortunately for the 49ers, that doesn’t apply to football.

This will be the most difficult matchup the 49ers have had so far this season, but all hope isn’t lost.

The 49ers can win this game if their offense can step up and do what it does best; run the ball and accumulate yards after catch.

Shanahan gave his final update on Garoppolo Friday, and discussed how they will gauge his performance given the injury he will be playing through:

“I’m not thinking about the ankle and I don’t think he is going into the game. I think you try to get to a point where you’re healthy enough to play, which a lot of guys are at, but a lot of guys have injuries they’ve got to play through. It’s the point of where you’re at in that. I think Jimmy’s at a better spot this week than he was last week. So, I don’t think about the ankle in that case. I expect him to go out and play well and that’s how I’ll judge him.”

The defense shouldn’t be as bad as it was last week. Multiple factors went in that disastrous performance. For one, they will be healthier at the CB position.

Emmanuel Moseley returned to practice this week and should return to the field Sunday opposite Jason Verrett who has filled in nicely for injured veteran Richard Sherman.

Practice squad corner Brian Allen started against the Dolphins and was torched early and often. He was a big liability on the defensive side of the ball in that game. The combination of Moseley, Verrett, and Akhello Witherspoon should improve the defensive backfield this week.

49ers Defensive Coordinator Robert Saleh remains very confident in his defense despite the struggles to fill the void left by injuries to key players:

“Every once in a while, even the greatest ones get punched in the mouth and I still believe that this is a top 10 defensive unit. Top five if we’re on our stuff and it doesn’t change on who’s on the football field. We’re a fantastic group. It’s got a fantastic mindset and one game doesn’t define what I think is an unbelievable defensive unit. So, for those guys to understand and recognize what they’ve done and what they’ve been able to accomplish in this league is not defined by one game. You just talk to each individual by themselves and they’ll tell you the exact same thing. They’re not shook at all. They’re ready to get back on the football
field and continue to prove how good they are.”

The 49ers offensive line has struggled mightily. Star left tackle Trent Williams has not played to the level that he is capable of. Third-year right tackle Mike McGlinchey has been rather disappointing. Center Ben Garland and right guard Daniel Brunskill have struggled to contain pressure up the middle. It hasn’t been pretty.

Sunday night they’re facing the leagues’ best defensive lineman, and one of the fiercest pass-rushers of all time in Aaron Donald. Shanahan echoed what a lot of 49ers fans are thinking:

Donald isn’t the only superstar the Rams have one defense. At corner, Jalen Ramsey will lock down one side of the field, which could result in a frustrating day for whichever 49ers receiver he is matched up against.

The 49ers have struggled on the offensive line, and through the air, and the Rams have two guys who can continue to bully them on Sunday. 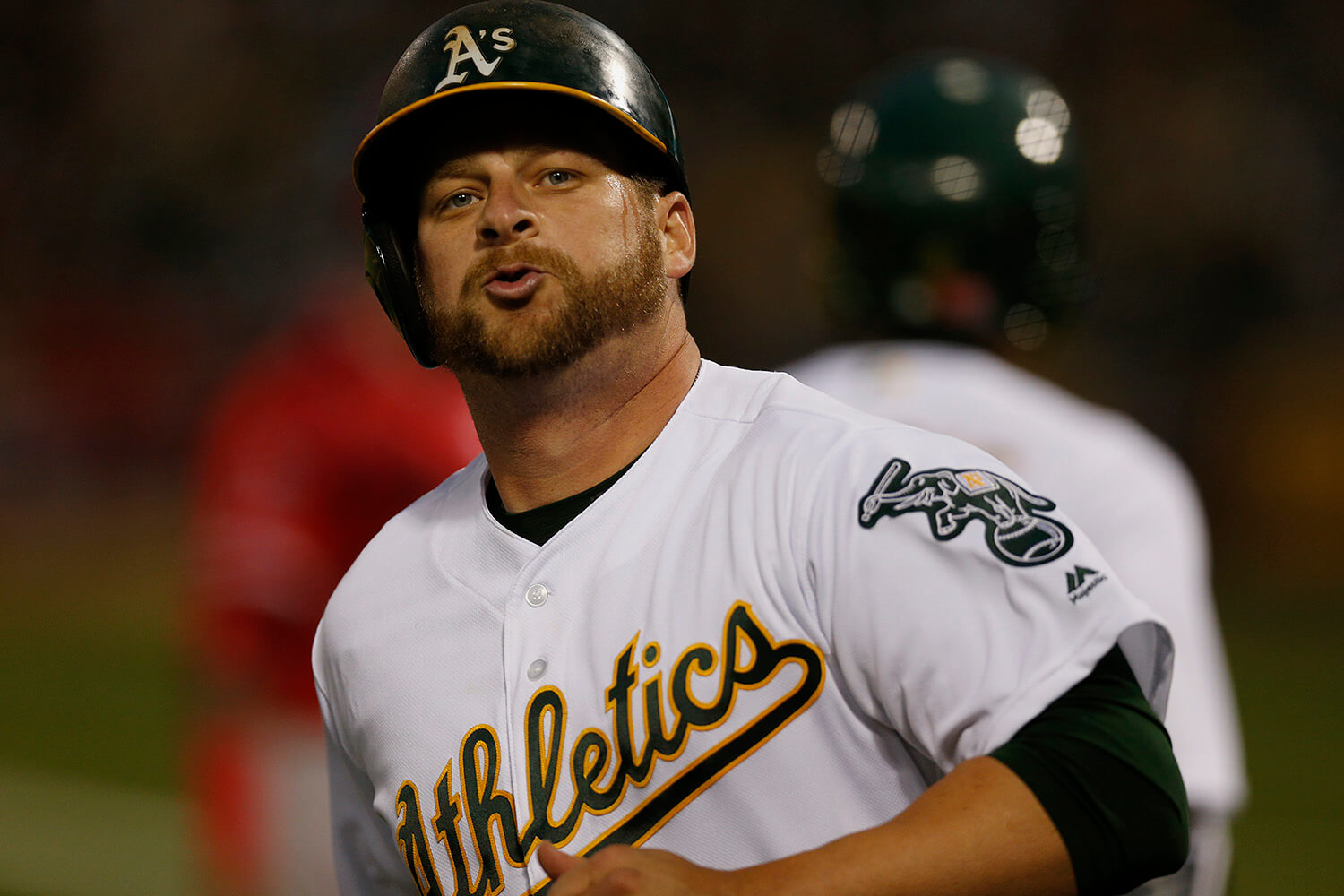 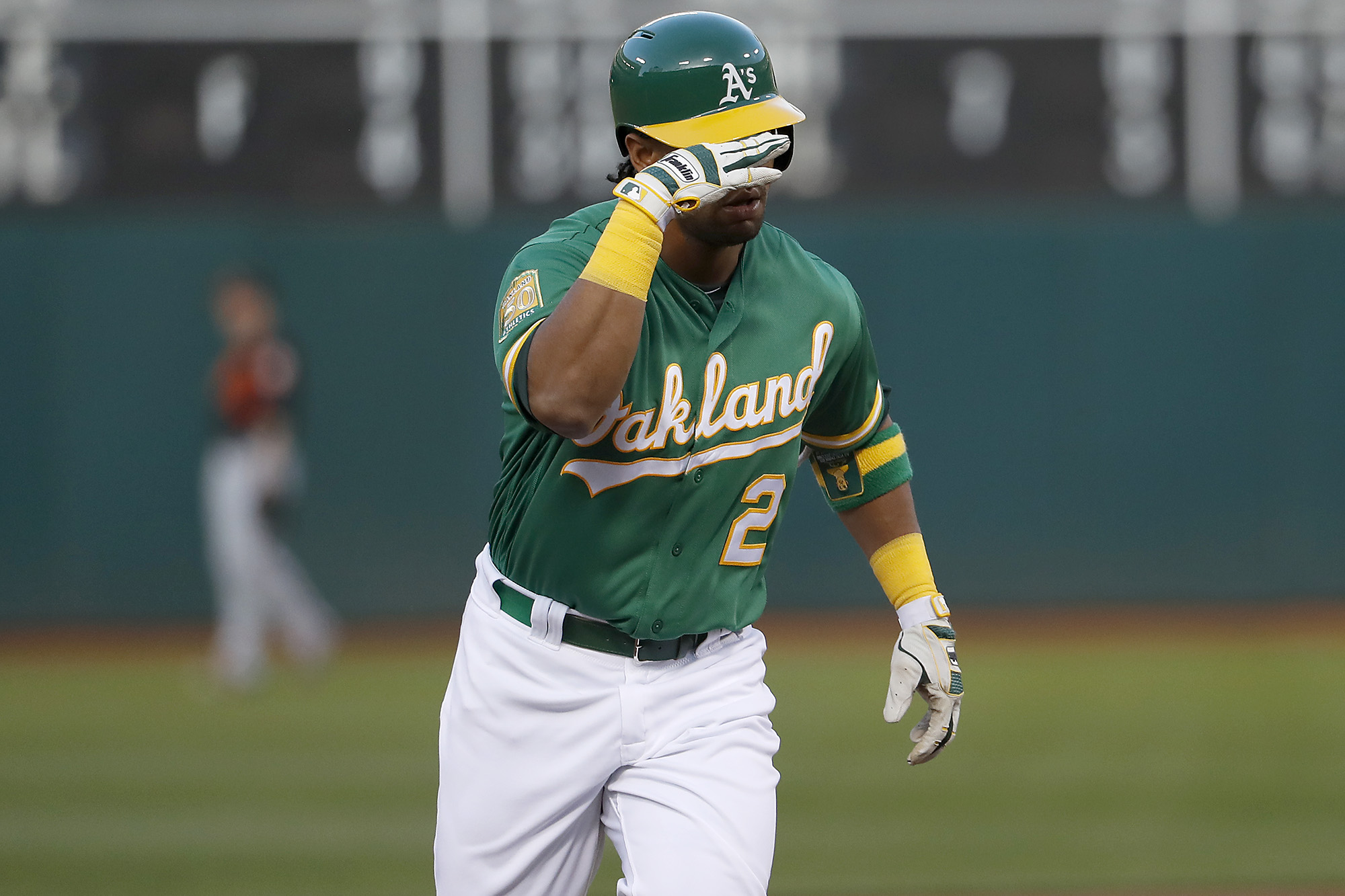 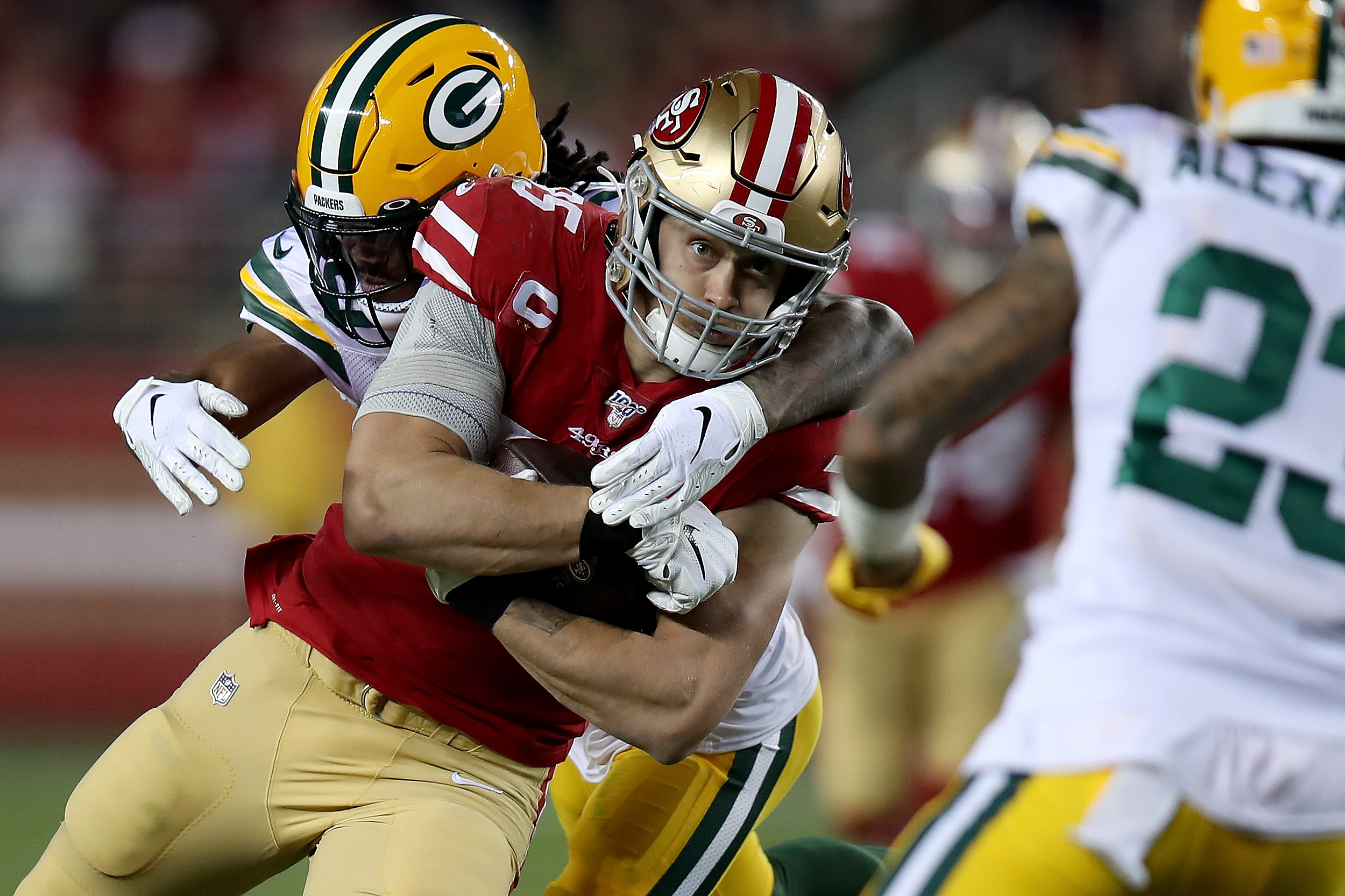 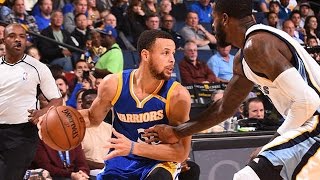