More progress was made Tuesday night on the Walbridge Fire in Sonoma County, Cal Fire reported.

While the blaze grew by 420 acres overnight, crews were able to contain it further. The fire is now 19 percent contained, up from 17 percent the previous day. The nine-day-old fire in northwest Sonoma County has burned an estimated 54,923 acres as of Wednesday morning.

The Walbridge Fire is part of the LNU Lightning Complex fires burning in Sonoma, Napa, Lake, Solano and Yolo counties.

The LNU Complex was 33 percent contained overall Wednesday morning, up from 27 percent Tuesday night. Five people have died in the fire — three in Napa County and two in Solano County — and it has also destroyed 978 homes and other buildings.

Sonoma County officials on Tuesday moved to lift a number of evacuation orders and allow thousands of residents back into their homes.

Hard as it might be to believe, Sonoma County’s wine industry caught a bit of a break.

Harvest started roughly two weeks early this year, and the Walbridge Fire erupted after the bulk of the sparkling wine grapes had been picked and before it was time to pick the great majority of still wine grapes.

That twist of timing is one reason the blaze that has devoured 54,000 acres of northwest Sonoma County has not disrupted to a greater degree the harvest of a county grape crop worth $1.7 billion last year.

The fire has still had a measurable impact, though.

“It’s taken us on a different track.”

The winery is one of a long string of Dry Creek Valley wineries west of Healdsburg forced to evacuate last week; many are still under mandatory evacuation orders. They’re left with skeletal staffs at the industry’s busiest time of year, and with an active fire burning to the west.

“It’s hard to plan. … It’s hard to know what’s going to happen. My big concern right now is, is the winery going to burn down.”

In Napa County, the 296,050-acre Hennessey Fire has spared the Napa Valley floor and harvest has just begun.

Teresa Wall, a spokeswoman for Napa Valley Vintners, said in a statement:

“A majority of vineyard and winery crews have been able to safely move forward with harvesting white wine and early ripening reds.”

In the pause between sparkling and still harvests — Higgins pressed her last five tons of sparkling wine grapes last week — Sonoma County winemakers are working with grape growers to monitor factors such as sugar levels and flavors to see when the grapes are ripe enough to pick.

“That’s what we’re seeing a lot of right now. … A little bit of that has probably been interrupted.”

Fortunately, Kruse added, the fire is burning largely in steep, wooded, rugged terrain where there are few vineyards.

For her part, Higgins has been making sure Lambert Bridge has extra generators in place and that custom crush facilities are lined up if it’s too smoky to crush outside at the winery. She said some still grapes will come in this week, but the bulk will be in 10 days to two weeks.

That raises another worry.

“Smoke-tainted fruit is always a concern and we’ve started to talk about when to test” the grapes for taint, said Duff Bevill, who manages 1,500 acres of Sonoma County vineyards.

“It’s a risk. … There are some vineyards we farm there on the front line of that fire, and I’m sure those particular blocks are going to be a problem.”

“The impacts of smoke are unknown at this time.”

If necessary, Higgins is considering approaches such as crushing the grapes more lightly, to prevent any smoke flavor from transferring from grape skins to the juice:

“You have to have plans a, b, c, and d. … It’s coming at us. You can’t say take a break and figure out what to do. No, those grapes are getting riper by the day.”

In the meantime, Higgins said, there is a constant conversation among her colleagues about how to manage this harvest in the shadow of flames:

“We’re all talking all the time and sharing ideas and resources.” 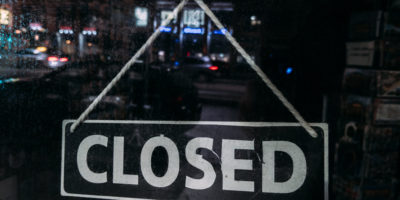 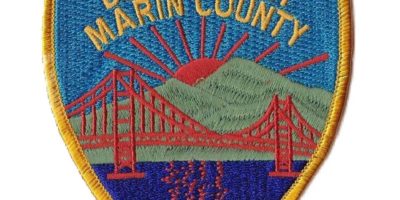 Attorneys for the Warriors could appeal the decision to the California Supreme Court. They must do so by Friday.