Residents of the Kilkare Canyon area near the Sunol Regional Wilderness have been warned that evacuation may be ordered due to the Marsh Complex fire.

Alameda County fire and sheriff’s officials first announced a mandatory order at about 12:33 p.m., but a later update said the order was downgraded to a warning, citing Cal Fire air drops that helped mitigate the immediate threat. The order was revised at 1:12 p.m.

If evacuated, residents will be sent to the Residence Inn at 5200 Wolf House Road in Livermore.

Firefighters with the Alameda County Fire Department, Cal Fire and departments in Oakland, Fremont and Livermore-Pleasanton began battling the blaze, called the Marsh complex, on Sunday.

Authorities believe weekend lightning strikes sparked the fires, which were first reported around 1:30 p.m. Sunday near the reservoir. 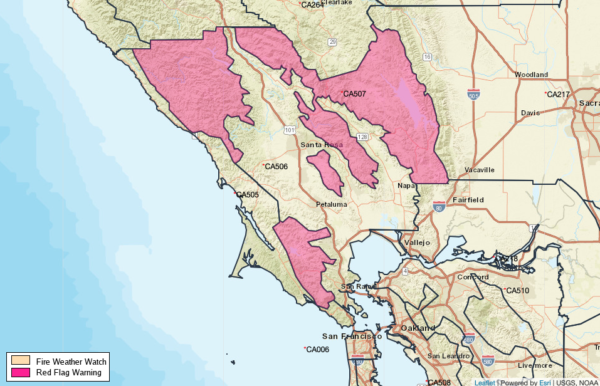