Even with a state data reporting issue, the number of cases in the Bay Area has risen to nearly 57,000. Several counties in California are bracing for a surge of sorts in case totals once the state corrects the technical problem that has resulted in significant underreporting of positive test results.

Here is a snapshot of the current Covid-19 situation around the Bay Area and beyond.

Days after August rent is due for many constituents, Congress is still stalled out on the next stimulus bill. Key differences between proposals focus on pandemic unemployment assistance extension, direct payment amounts, state and locality funding, school funding and election security measures, amid a host of other bill language battles.

The HEALS Act just proposed by Sen. Majority Leader Mitch McConnell and largely supported by the White House is a gaping $2 trillion shy of the HEROES Act bill House Democrats passed in May.

The consequence of the stalemate is a near financial cliff for many unemployed residents with few job opportunities, especially in areas where the virus is refusing to let loose.

Cases are still spiking in several states and the nearly 157,000-person U.S. death toll is staggering, but in a now infamous Axios interview, the president told Jonathan Swan that the federal government had the virus under control as much as possible. When questioned about the rising death count, Donald Trump said:

In contrast to Trump’s remarks in the Axios interview, Dr. Deborah Birx of the White House Covid-19 response team said in a CNN interview Sunday that the U.S. is in a “new phase.”

“What we’re seeing today is different from March and April. It is extraordinarily widespread — it’s into the rural as equal to the urban areas, and to everyone who lives in a rural area, you are not immune or protected from this virus.”

Similar to the ire turned on Dr. Anthony Fauci when he has given honest assessments that contradict administration talking points, Trump publicly turned on Birx for the first time Monday morning. In a tweet, he accused the doctor of taking “the bait” from House Majority Leader Nancy Pelosi. He added:

There seems to be a slowdown in California’s coronavirus cases; however, a reporting issue is contributing to the statistic and numbers are likely much higher than the state and many counties are reporting.

Though the slightly curving trajectory looks good at face value, state California Department of Public Health officials say numbers are being undercounted due to delays and issues in processing test results and data transmission.

Health and Human Services Secretary Dr. Mark Ghaly said Tuesday that discrepancies have been discovered in the CalREDIE system used by many of the state’s county health offices to track and transmit case data. He suggested the issue is a result of increased test volume. The CDPH posted the following statement on its Covid-19 dashboard Tuesday:

“Due to issues with the state’s electronic laboratory reporting system, these data represent an underreporting of actual positive cases in one single-day.”

Ghaly added that the state is working to obtain and manually enter accurate data directly from labs.

Due to the data issue, counties are not being moved on or off the state’s County Monitoring List until reliable information is available.

The county’s hospitals are reporting a small decline in Covid-19 patients. As of Sunday, the last day hospital data was provided, there were 194 hospitalized coronavirus patients, with 55 in ICU beds. The rates are still high but have come down since the July 28 peak when 213 Covid-19 patients were being treated.

Oakland is still reporting the highest number of confirmed cases by far — Monday night data reflects that 4,758 Oaklanders have tested positive to date.

Public health officials said Monday that reopening plans remain paused due to a “persistent” number of cases that keeps the county on the state’s watchlist.

As of Tuesday, the Alameda County Sheriff’s Office reports 13 active Covid-19 cases among inmates at Santa Rita Jail. There have been 205 total inmates who have so far tested positive and four test results are currently pending. Of the 52 cumulative cases among the facility’s staff and contractor population, 11 are still active.

Source: Contra Costa Health Services as of Tuesday at 11:30 a.m.

A look at the age breakdown among confirmed cases is helpful as schools across the nation contend with decisions to reopen or not. In Contra Costa, 218 cases were identified in children between the ages of 0 and 4, another 322 in the age group of 5 to 12 and there have been 459 cases in children ages 13 through 18. That means that people 18 years old and under represent about 12 percent of the area’s cumulative infection total.

Though there have not been any reports of related deaths among Covid-19-infected youth in the county, the fact remains that children are highly susceptible to catching virus and can easily spread it to older adults and others with compromised immune systems.

Forty-five of the county’s reported deaths have been from outside long-term care facilities — 11 of those 45 have been in Richmond, which is just one of 26 cities in Contra Costa. In the eight days between July 27 and Monday, 27 Covid-19 patients have died countywide — 14 were from the general community.

*Marin County began reporting San Quentin State Prison cases separately, but for the purposes of tracking actual infections and potential impact on the county, we’ve included inmate cases with the county’s cumulative total. Staff member infections are detailed below but are included in county of residence totals.

Excluding San Quentin State Prison data, the vast majority of cases, 58 percent, in Marin County are concentrated in people between the ages of 19 and 49. Health officials report Tuesday that 24 Covid-19 patients are hospitalized countywide, one of whom is from San Quentin. The area’s residential care and skilled nursing facilities are experiencing 42 active infections of the 254 cases reported cumulatively — 40 of those patients have died.

Marin County also uses the CalREDIE system and notes that cases could be undercounted based on the state-level technical issues in reporting.

The number of active cases, 166, at San Quentin is finally back down to a level not seen since mid-June. In all, the massive outbreak at the prison has so far resulted in 2,210 confirmed cases and 22 deaths among inmates. Another 260 staff members have also contracted the virus, bringing the facility total to 2,470 cumulative cases.

Source: Department of Health and Human Services as of Wednesday.

The county is regularly seeing 100 or more cases with each new week. Though the infection volume pales in comparison to some hotspot counties, the trajectory is still alarmingly steep.

Source: San Francisco Department of Public Health with case data as of Saturday – information is updated daily but lags by three days.

Covid-19 hospitalizations are slowly declining in San Francisco. As of Sunday, there were 96 total confirmed coronavirus patients in area hospitals and 32 in ICU beds. Those numbers are improved compared to the 114-patient count recorded Thursday. The last accurate seven-day test positivity rate was also reported Thursday at 3.76 percent.

Residential tenants financially impacted by the pandemic were able to take a small breath this week after a San Francisco judge denied a legal challenge to the temporary eviction ban dubbed the COVID-19 Tenant Protection ordinance. A coalition of property owners and housing associations filed a complaint alleging the city’s prohibition on evictions and late fees violated constitutional and state law. Judge Charles Haines denied the challenge Monday.

On a positive note, a volunteer group has made headlines this week for their efforts to keep North Beach restaurants thriving during the pandemic. The North Beach Delivers fleet has been offering local restaurants free delivery services since just before May, according to an SFGate article published Monday. They feature one restaurant each week and schedule deliveries for Thursday evening. The group wanted to help North Beach eateries avoid profit cuts taken by third-party delivery services, knowing that those small transactions can add up to big losses at a time when every penny counts.

They’ve since stretched out their delivery zone to support restaurants in Russian Hill, the East Cut and Middle Polk neighborhoods. For information on this week’s featured restaurant and link to place an order, check out the North Beach Delivers website.

Not only will $2 million be available to renters, but another $2 million is earmarked to ease burdens for small residential property owners and still another million will be put toward programs that incentivize compromise between landlords and tenants, among other program resources.

“We’re trying to create a situation that benefits small landlords as well as people and families so that they can stay in their homes and not end up homeless.”

Supervisors also unanimously passed an emergency ordinance Tuesday that allows administrative fines for mask violations. Like the ordinance previously passed in Contra Costa County, a first offense can come with a $100 price tag, it goes up to $200 for second offenses and will cost $500 for every violation after that. Supervisors jumped on the ordinance introduction within a day after the state mandated the county close more indoor businesses due to increasing cases and hospitalizations.

Redwood City and the city of San Mateo are recording the county’s highest number of cases with 1,140 and 980, respectively. Health officials reported Monday that 57 confirmed Covid-19 patients are currently hospitalized.

Tuesday’s county dashboard updated by health officials comes with a large disclaimer that the CalREDIE technical issues are contributing to substantial underreporting in confirmed cases.

As of Monday, the county had 169 confirmed coronavirus patients admitted at county hospitals — 49 of those patients were being treated in ICU beds.

About 20 trailers reserved to house Covid-19-positive people who are either homeless or otherwise unable to isolate have been moved from a vacant industrial yard in Gilroy. The county’s acquisition of approximately 700 hotel rooms made the need for trailers obsolete.

Some residents had complained that the trailers were too near other homes. The Gilroy Dispatch reported that only one trailer remained at the yard as of Monday.

Source: Solano Public Health as of Tuesday at 6 p.m.

County health officials are reporting a 5.9 percent test positivity rate based on a seven-day average. Vallejo is again leading the county with the highest number of cases but Fairfield is still uncomfortably close behind, the two cities are reporting 1,305 and 1,239, respectively. The number of open ICU beds and ventilators was not provided with Tuesday’s dashboard information. A notation was included that state data is not currently available.

Source: County of Sonoma with data as of Monday at 9:30 p.m.

Like most other Bay Area counties, case reporting in Sonoma County is severely hindered by the CalREDIE issue. 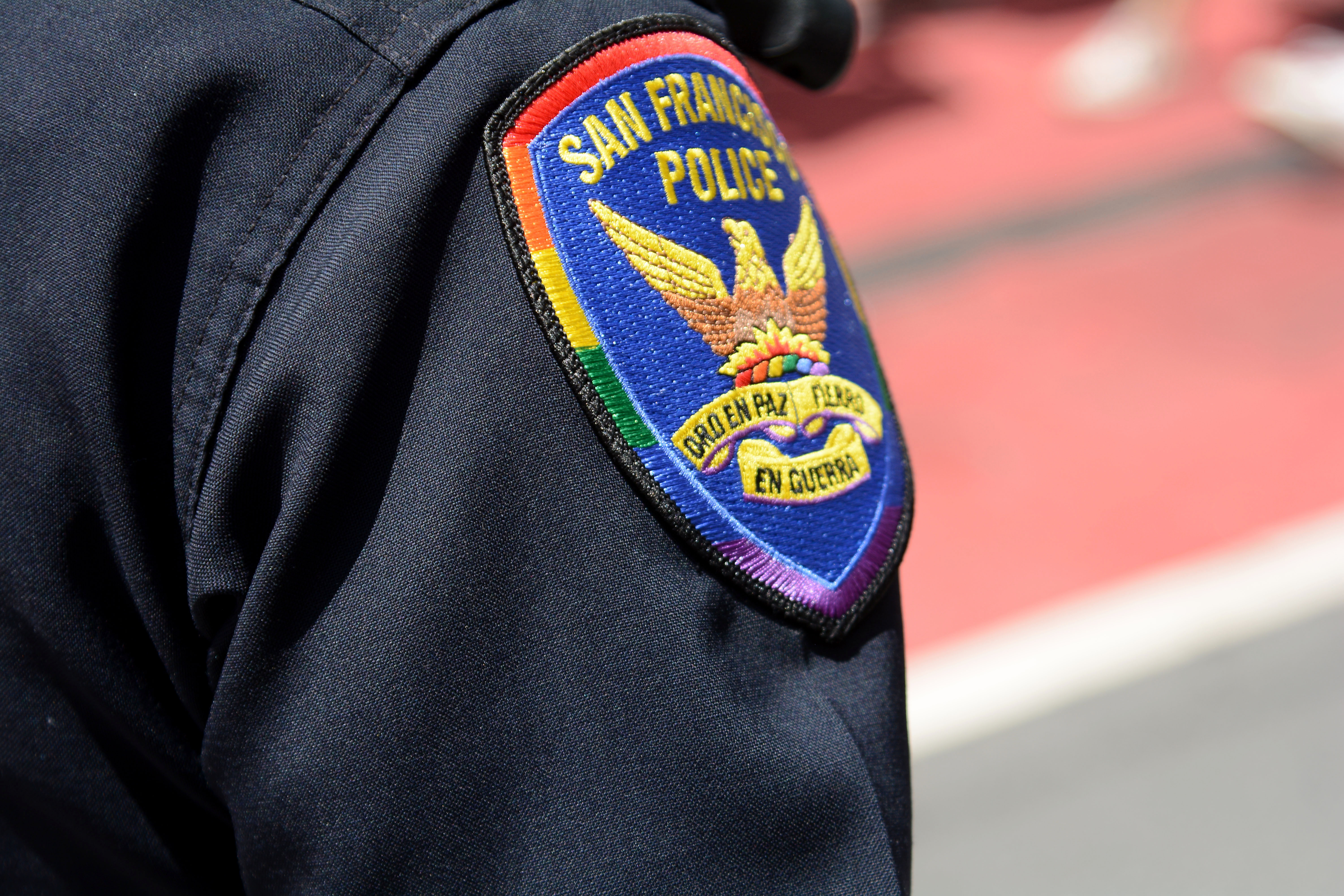