Students should be encouraged but not required to use face coverings when California schools reopen for classroom instruction, according to draft “interim guidance” from the state obtained by EdSource.

However, all staff should use face coverings, according to the document, which sources familiar with it say was drawn up by the California Department of Public Health in collaboration with the governor’s office.

That is only one of the numerous issues addressed in the document on what schools need to take into account when reopening. The guidelines, it says, are based on “the best available public health data at this time, international best practices and the practical realities of managing school operations.”

School administrators around the state have been grappling with the multi-dimensional complexities of reopening schools in a system that serves over 6 million students, by far the largest enrollment in the nation.

What is striking about the guidance, at least in its draft form, is the flexibility that it would allow school districts on multiple issues. The document acknowledges the diversity of California’s districts and communities. It says that implementation of the guidance “will depend on local public health conditions” and “should be tailored for each setting,” taking into account “the needs of students and families.”

One of the biggest worries of school administrators is how to ensure social distancing in a school setting. Significantly, the draft guidance does not require 6-feet distancing for students, except for 6 feet between the teacher’s desk and their students. Rather, it calls “for maximizing space between seating, desks and bedding” and for schools to consider various ways “to establish separation of students through other means if practicable.” Those could include “6 feet between desks, partitions between desks, markings on classroom floors to promote distancing or arranging desks in a way that minimizes face-to-face contact.”

Gov. Gavin Newsom is expected to announce his widely anticipated guidance on school re-openings soon. Jesse Melgar, Newsom’s press secretary, declined to comment on the draft guidance but said “the administration is committed to continuing to work with all stakeholders to support the safe re-opening of schools.”

In addition, schools should “limit communal activities where possible. If this is not possible, stagger use, properly space occupants and disinfect between uses.” It also calls on schools “to minimize congregate movement through hallways as much as practicable.” For example, schools should designate “more ways to enter and exit a campus,” and set up “staggered passing times when necessary, or when students cannot stay in one room.”

As for staff who become ill, schools should provide “flexible sick leave” – once again “to the extent practicable.”

The document seems to be responding to concerns raised by many school administrators about the difficulties of having younger children wear masks, or maintaining social distance at all times in large middle and high schools where students have to move from one classroom to another throughout the school day.

Nearly a dozen district superintendents in Los Angeles County last week sent Newsom and other officials a strongly worded letter saying that keeping students 6 feet apart was “impractical” and “unrealistic” to expect students, especially those with disabilities or very young children, to wear face coverings for an entire school day.

Regarding the controversial issue of masks, the draft interim guidance says “students should be encouraged to use cloth face coverings, especially in circumstances when physical distancing cannot be maintained.”

That said, the guidance also outlines daunting procedures that it recommends schools adopt. Students’ temperatures would need to be taken on arrival with “no-touch” thermometers, along with “visual wellness checks.” Students and staff would need to be questioned about whether they have experienced Covid-19 symptoms, or if anyone in their household has, and they would need to be monitored throughout the day for signs of illness. Schools would need to be cleaned and disinfected daily, including door handles, sink handles, bathroom surfaces, drinking foundations, playground equipment and shared objects like toys, games and art supplies.

It encourages schools to introduce “fresh outdoor air as much as possible – at the same time making sure that opening windows doesn’t pose a safety or health risk by, for example, allowing pollens in or exacerbating asthma symptoms. It advises school districts to check water systems that have been shut down for a long time to minimize the risk of Legionnaires’ disease and other water-related diseases.

The guidance, at least in its draft form, ducks the issue of what to do about school sports and extracurricular activities.

It does say that schools should limit gatherings to those where physical distancing is possible along with “proper hand hygiene. Further advice on those issues “is forthcoming,” according to the document. 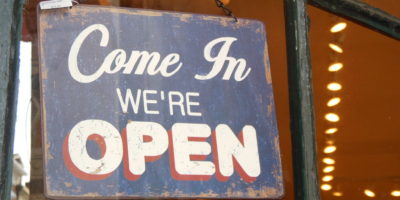 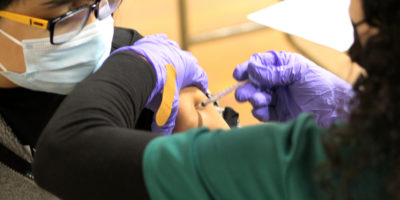 One of two federal officers shot at the Ronald V. Dellums Federal Building in downtown Oakland Friday night has died,...