San Francisco supervisors have condemned President Donald Trump’s use of term “Chinese virus” during White House press briefings and on his Twitter account.

Board President Norman Yee Tuesday introduced a resolution in opposition to the president’s language and recent attacks against Asian Americans. All members of the board have signed on in support of the resolution.

“As our nation grapples with the public health emergency, we have a president and an administration that is scapegoating and inciting violence against Asian community members.”

San Francisco Police Chief Bill Scott said Monday at a press conference that the department has not yet received any hate crime reports related to the coronavirus, but they have heard antidotally of incidents.

“If those types of crimes are happening, we really need people to report them so we can investigate them thoroughly. If they are in fact happening, we need to bring people to justice on that.”

Last week, Asian Pacific Planning and Policy Council, Chinese for Affirmative Action and the San Francisco State Asian American Studies Department launched a website for the public to report and share their experience if they have been victimized or witnessed bullying, hate crimes or any form of violence toward Asian Americans or Pacific Islanders related to the Covid-19 pandemic.

The Co-Executive Director of Chinese for Affirmative Action Cynthia Choi said in a statement:

“First and foremost, we want community members to know they are not alone; they can speak out and help stop the spread of bigotry. Secondly, the collected data will allow us to assess the extent and magnitude of these incidents and to develop strategic interventions.”

On the website, individuals can fill out a form in a various languages to describe incidents and discrimination that have occurred.

The groups associated with the website plan to use the information gathered to develop targeted education and media campaigns in collaboration with private and community-based organizations.

Manjusha Kulkarni, Executive Director of the Asian Pacific Planning and Policy Council, said in a statement that they are providing support to a child who was in the emergency room after he was assaulted by bullies who accused him of having the virus.

“..So that tells us we may need to work with schools to address shunning and school bullying but we need to know how widespread it is.”

“In our research on news articles, we see that following inflammatory comments, there’s an increase of racist incidents against Asian Americans. Clearly, with such political framing, Asians of different ethnicities are being racially profiled as a foreign threat.”

The research conducted by Jeung, Sarah Gowing and Kara Takasaki focused on reviews of news articles related to the pandemic, xenophobia and discrimination over a four-week period ending March 7.

They noted a 50 percent rise in news articles about discrimination related to the virus from 93 articles in the first week to 140 stories in fourth week.

An ABC News reporter questioned Trump at a March 18 press briefing about his continued use of “Chinese virus” instead of calling it the novel coronavirus or Covid-19. The president responded that he was upset about stories being shared in China accusing U.S. military personnel of bringing the virus.

During the following two last two press briefings, Trump suddenly and stopped calling Covid-19 the Chinese virus and asked the public to protect the Asian American community. He reiterated the sentiment Monday in a tweet.

The World Health Organization, which named the 2019 novel coronavirus as Covid-19, uses naming guidelines for new infectious human diseases. The protocol is clear about not naming diseases after geographic locations.

More information about naming guidelines can be found on organization’s website. 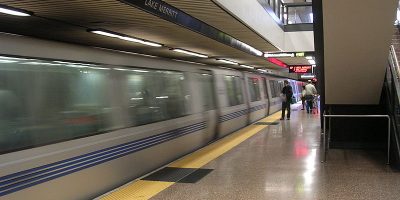 These are trying times. The shelter-in-place order and quarantines related to COVID-19 have turned normal life upside down. Between the...