In 30C, the aisle seat, I had been nervously watching passengers walk by, hoping my hastily-purchased, six-hour flight home to the Bay Area would be fairly empty. Maybe I would have a row to myself. Or, at the very least, have the middle seat open.

Perhaps out of fear that the shelter-in-place order in the Bay Area would foreshadow a lockdown or an airport closure, the seats quickly filled up with San Franciscans who — as the number of cases in New York City were increasing exponentially by the day — were fleeing for home.

The husband let his wife have the window seat. Like me, they both wore masks and wiped down their seats and the back of the seats in front of them, including the tray tables. The wife urgently pointed to places that he might have missed, wondering if she had touched a spot that was not sanitized.

The man leaned back, sighed and turned to me:

“Well, we’re in this together.”

Trying not to speak, to keep my saliva droplets away from others, I shook my head and smiled before realizing my expressions were hidden beneath my light blue dental mask, the straps tied neatly around my ears that belied the sweaty, clammy lower third of my face. I muttered some words about having to wipe down everything. He offered me hand sanitizer, probably for both of our sakes.

The wife texted and called up until takeoff, still talking to her dad as the plane sped up on the runway. She was concerned that the shelter-in-place order meant we would be trapped in the city upon landing. Her husband tried to allay her fears:

“We’re not going to be stuck in San Francisco.”

We lifted off into a clear, cool night, high above the New York skyline. I strained for a glimpse at the lights of a city I had called home since last August, but would likely not see again for some time. I thought about how I wound up here.

A week ago, I had been spending my days at the Butler Library at Columbia University’s Morningside campus, going over plans for my research projects for spring break and entertaining a friend visiting from out-of-town for a couple of nights out.

I had prepared to remain in New York until graduation in May and possibly beyond. Instead, I was abruptly on my way back home, stuck in a flying tube 10,000 feet above the ground in close proximity to hundreds of other passengers who might be carrying a deadly virus. I shuddered with every unintentional nudge from people walking by my seat to use the restroom, or flight attendants not wearing gloves passing by with the drink cart.

The cabin lights dimmed. I untangled my headphones, took out my laptop and tried to work on a writing test ahead of a job interview. Next to me, the couple clutched each other’s hands and went to sleep.

The first major indication that things were not alright came six days before I left. A few minutes after 10 a.m. that day, I walked into the gym at Columbia for women’s basketball practice. I had been following the team all season for a project, and was excited to see how the players were preparing ahead of their first appearance in the Ivy League Tournament the coming weekend. My trip to Boston was already booked.

But shortly before practice, the coaching staff had been informed that the tournament was canceled. Together with the athletic director, they gathered the players — who were preparing to practice — at halfcourt and told them their season was over.

At the time, the Ivy League was the first conference to cancel its postseason tournament. A day later, the NBA would suspend its season after Rudy Gobert tested positive for the coronavirus. The other professional leagues followed the next day. The NCAA Tournament was eventually called off. In a matter of days, there would be no collegiate or professional sports in America for the indefinite future.

Few could have imagined the swiftness with which the coronavirus silenced the sports world. In the moment, the decision seemed to me unfair, unjust and unnecessary, for the graduating seniors whose careers were over, just like that, and for all the players, who had worked so hard to make the postseason tournament.

I had heard rumors that the tournament might be held without fans, or moved to another location if Harvard was unable to host. But to cancel the whole thing? That didn’t even seem like an option.

Players dabbed tears from their eyes and gave each other hugs. Some of them sat and looked out at the court in disbelief. Others, out of instinct, grabbed a ball and started shooting.

I waited until the players had exited to the locker room and the court was nearly empty before leaving, climbing up four flights of stairs and out the double doors of the Dodge Fitness Center for the unexpected final time. I walked to the center of campus and stood at a ledge above the steps near the iconic Alma Mater statue, overlooking the picturesque South Lawn and the Butler Library. In a state of shock, I paused there alone for 20 minutes in the chilly overcast day, staring at the clouds and watching students and tourists go by.

Soon enough, the official announcement came from the Ivy League. I pulled out my phone and found the bookings for my Greyhound buses and the hotel in Boston that weekend. They were nonrefundable.

Two days later, the university announced that all classes for the remainder of the semester would be conducted online. Two days after that, the fitness center and libraries closed down and in-person reporting for journalism students was banned.

The following day, after a panicked consultation with my family, I was on the next flight home. I had 90 minutes to pack.

I had an eerie feeling walking through SFO upon landing. Nobody said it out loud, but the tension that I felt during my flight continued as I walked through the terminal to baggage claim.

I worried that people wearing masks were carrying the virus. I worried that people not wearing masks were being careless. I could feel the suspecting glances that everyone was giving each other, especially in the restroom. I lugged my overweight, 52-pound suitcase from the carousel and speed-walked out Door 15 of Terminal 1 to my dad’s waiting car.

Since then, I’ve been self-quarantined upstairs in my family’s home in Santa Clara. I escape confinement for daily runs, but otherwise, I am in my room hoping that I survived two of America’s busiest airports and a packed flight without becoming sick. I look out of my window and, instead of the busy streets of Harlem, teeming with the sounds of city life during the day and music blasting from the tavern around the corner at night, I see the quiet sidewalks of the suburb I grew up in.

And I think. I think about how life has been upended for me and so many other Americans over the past week. I spent a lot time, money and resources for a nine-month graduate school program at Columbia. Not only was it essentially cut short, but I have to now enter the job market with sports on hiatus, the economy tumbling and unemployment numbers rising to record highs — with no end to the current state of the world.

I will look out and see an occasional car pass by, a family going to the local park or a senior walking their dog. I will sometimes see my parents making a dreaded trip to the grocery store and hope they stay safe while making it back with the basic necessities that are in high demand these days. This week, I should be free of quarantine, able to leave my room and help my parents care for themselves and my immunocompromised grandparents during these stressful times.

That is the next step in the slow process back to normalcy. It’s useless right now to think too far ahead. My book writing professor at Columbia has spent the entire semester trying to rid me of writing in clichés, but I’m going to use coach speak here to aptly describe this situation. Because we truly are taking it one day, one step at a time.

Eric He is a contributor to SFBay and a graduate student at the Columbia University Graduate School of Journalism.

Quakes drop another on the road as playoff race tightens 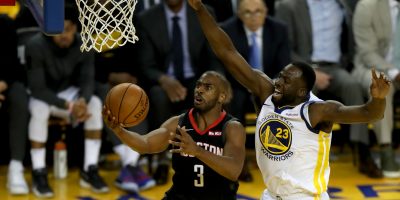 A 24-year-old man who suffers from medically documented psychiatric issues was charged with murder and premeditated attempted murder Tuesday for...