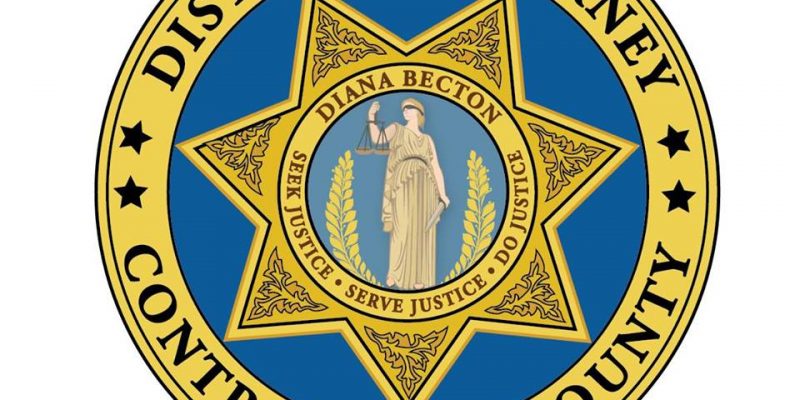 Thousands of marijuana convictions out of Contra Costa County will be dismissed as part of a push by the district attorney’s office to abide by the terms of Proposition 64, which decriminalized personal use of cannabis in 2016.

Prosecutors worked with Code for America to cull through thousands of records in order to identify and clear 3,264 marijuana convictions for roughly 2,400 people eligible under the law, according to the Contra Costa County District Attorney’s Office.

Prop. 64 allows anyone 21 years old or older to buy and possess up to 28.5 grams of marijuana and up to 8 grams of “concentrated cannabis.”

In 2018, then-Gov. Jerry Brown signed a law that requires prosecutors to review all marijuana convictions by July 1, 2020 to determine if they are eligible to be dismissed and sealed from public view.

The law requires courts to automatically reduce or dismiss such convictions if prosecutors don’t file a dispute by that same date.

“Far too often old criminal convictions for minor drug offenses can leave a lasting mark on an individual’s life.”

“The removal of these convictions effectively reduces barriers to licensing, education, housing and employment.”

The effort is intended to “address wrongs caused by the failed war on drugs” that disproportionately affected people of color, prosecutors said.

About 36 percent of county residents whose marijuana cases will be dismissed are African-American, 15 percent are Latino, 2 percent are Asian or Pacific Islanders, 45 percent are white and 2 percent are “other” or unknown, prosecutors said.

According to data provided on the DA’s website, “531 people will no longer have a felony conviction on their record” as a result of the Proposition 64 dismissals.

Becton said it’s “extremely unlikely” any of the dismissals will result in anyone being released from jail since “these are just not the types of offences that would have received very lengthy sentences.”

“Having one on your record does interfere with a persons ability to move on with their lives.”

Prosecutors used Code for America’s “Clear My Record” technology, which automatically culled through huge amounts of criminal history data from the California Department of Justice going back to about 1970 in mere moments, and saved Becton’s office untold hours of painstaking work.

“I can’t even imagine how many hours it would have taken us to pull together this kind of data.”

Code for America, which donated its time and resources to the county, is a nonprofit organization that works to develop technology solutions to make government more accessible and efficient.

Contra Costa County is the fifth county to work with Code for America to clear marijuana convictions; other counties include San Francisco, Sacramento, San Joaquin and Los Angeles.

While the county doesn’t have a way to contact every individual affected by the dismissals, people can email the Contra Costa County District Attorney’s Office at DA-Prop64@contracostada.org to determine if their records are involved.

Starting as early as next month, BART will provide 10 community service officers, or ambassadors, on trains during peak and...