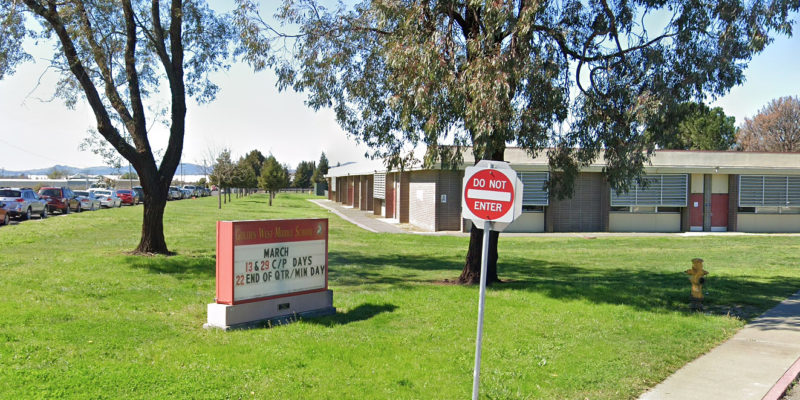 A Travis Unified School District employee is being investigated for inappropriate behavior alleged to have occurred at Golden West Middle School in Fairfield, Calif.

Fairfield police are investigating an allegation of inappropriate behavior by an employee of the Travis Unified School District.

The school district said in a Facebook post Wednesday that the alleged inappropriate behavior occurred at Golden West Middle School at 2651 De Ronde Drive, and the employee was immediately placed on administrative leave pending an investigation by police and school district staff.

Clay McAllester, assistant superintendent for human resources for the school district, said he could not discuss specific information about the alleged inappropriate behavior. The employee’s name hasn’t been released.

The Marin County Public Health Department said Tuesday that two people in the county have died from the flu. One...