For most of the past 15 years, Concord’s Berkshire Books has been a one-man operation, with Lynn Kuehl buying, selling, stacking, shelving and otherwise handling the books and doing the chores common to an independent bookstore.

That changed on Nov. 14, when the 65-year-old Kuehl was starting his day, getting ready to go to his Clayton Road store when he noticed he had no feeling in his right foot. Doctors told him he had had an aneurysm in his right knee, cutting off circulation. It couldn’t be fixed, and he lost his leg soon after.

That could have also been a catastrophe for his business, which didn’t have any other staff to pick up the slack. But it wasn’t long before Joel Harris got involved, and this one-man operation would become, temporarily, a joint effort of at least two dozen people.

On Nov. 21, “I heard about it from Tamara Steiner, the publisher of the Concord/Clayton Pioneer,” a local newspaper, said Harris, an Antioch-based attorney and former Clayton Books owner, which closed in 2010.

“We started texting about how we could get the joint open.”

Concord City Councilman Edi Birsan, who meets with a group on Saturday mornings at Berkshire, had told Steiner about Kuehl’s predicament. Harris called Kuehl, who was recovering at home, and the two talked about how the store could stay open as many hours as possible.

Harris, also a shop customer and author (“Images of America: Concord”) who had appeared at Berkshire in the past, got busy calling his own former employees, other bibliophiles and friends and family members.

Within a few days, he had assembled a team of 24 people who agreed to work volunteer shifts at Berkshire, helping keep the shop open during the holiday season. Some signed up for one shift, others several.

“People have been coming out of the woodwork to help with this.”

One of them is Sunny Solomon, who has worked at both Clayton Books and at the now-closed Bonanza Books in downtown Walnut Creek. She now lives in Reno, Nevada, and comes to Concord once a month to lead a book club discussion. This week, she volunteered to work two shifts before returning to Reno. She was learning how to work the cash register Wednesday.

Solomon, who also has an online book review website at bookinwithsunny.com, said:

“I was thankful to come back and see people I used to work with. It’s just super.”

Ronnie Smith, a friend of Harris’ daughter Amy since kindergarten, was working a shift this week. “What better way to spend my time than to donate it to a good cause?” she said. Amy has volunteered at the store, too.

The result is that the store was closed for two weeks after Kuehl went down, instead of for the entire six weeks before Christmas. Enough shifts have been filled, Harris said, that the store should be open every day through Dec. 22.

Kuehl, who for now is using crutches and a wheelchair to get around, goes the few blocks from his house to the store to open and close each day, but stays home and rests most of the time. By phone from home, Kuehl on Wednesday said he’s grateful for the volunteers keeping his store running.

“Some are knowledgeable book people, and others are just big-hearted.”

As for when he’s coming back full-time, Kuehl said that depends largely on how soon his body can accommodate and adjust to a prosthetic leg. That could be sometime in January, he said, but nothing is certain.

Harris said he, Kuehl and perhaps others will probably talk soon about how, or if, the store will remain open after Christmas.

On Saturday, from noon to 2 p.m., Berkshire Books will host an authors’ event with David M. Schwartz and Catherine Accardi; from 2 to 4 p.m. with Daniel San Souci, and from 4 to 6 p.m. with Trina Swerdlow. Harris will be on hand from noon until 6 p.m. The store is at 3480 Clayton Road in Concord. 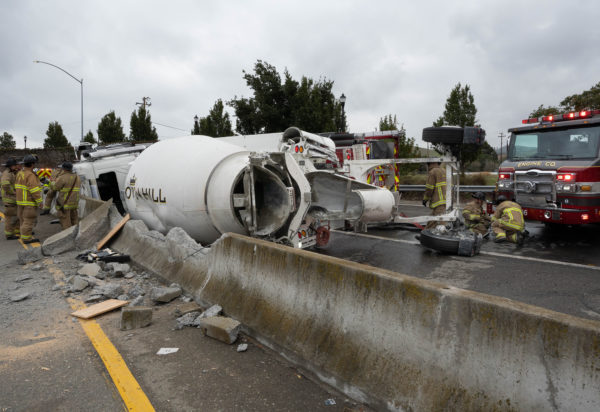