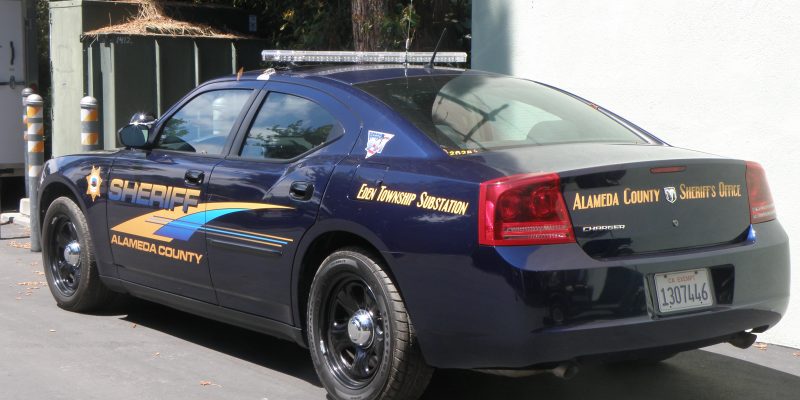 A man has been arrested in connection with a burglary and robbery in Castro Valley late Tuesday night, an Alameda County sheriff’s spokesman said.

The suspect also is being investigated for possible involvement in other recent armed robberies in the Castro Valley and San Leandro areas, according to sheriff’s Sgt. J.D. Nelson.

At about 11 p.m. Tuesday, deputies received a report of a residential burglary in Castro Valley in which an armed man burglarized his ex-girlfriend’s home and then left, Nelson said.

A short time later, deputies received a report that the same man allegedly robbed a Chevron gas station on Castro Valley Boulevard and then drove off, according to Nelson.

Deputies pursued the suspect, who then crashed his car on Beech Street in Hayward. The suspect got out of his car and tried to run away but deputies caught up and arrested him, according to Nelson. His name hasn’t been released.

At about the same time, a male juvenile walked into Eden Medical Center in Castro Valley suffering from a gunshot wound to his groin, Nelson said.

Nelson said the juvenile is still being treated at Eden Medical Center and authorities are trying to determine if he’s connected to the adult suspect.

People who walk around San Francisco’s Tenderloin will soon be treated to cleaner sidewalks. District 6 Supervisor Matt Haney and...