On Monday at a press event, city officials installed new bike corrals at the intersection of 16th and Sanchez streets and announced the plan to install 100 new bike racks each month, or about 1,200 bike racks annually.

The San Francisco Municipal Transportation Agency, which processes requests for additional bike racks and corrals, says they install an average of 500 to 600 racks per year.

Supervisor Rafael Mandelman in February urged the SFMTA to step up installations due to the growing number of dockless electric scooters and bikes surfacing on city streets.

The supervisor said in a statement:

“When we add options to get around our city, we need to make sure we’re adding capacity to safely secure bikes and scooters. The commitment announced today is a good start, and I look forward to working with the SFMTA and bicycle and pedestrian advocates to add racks everywhere they are needed in San Francisco.”

The SFMTA said they will also be looking at how areas around red zones can be utilized to add bike parking, such as at 16th and Sanchez streets.

The project’s funding will come from a number of sources, including e-scooter companies that will pay $75 per device to help mitigate the cost of citywide rack installations. 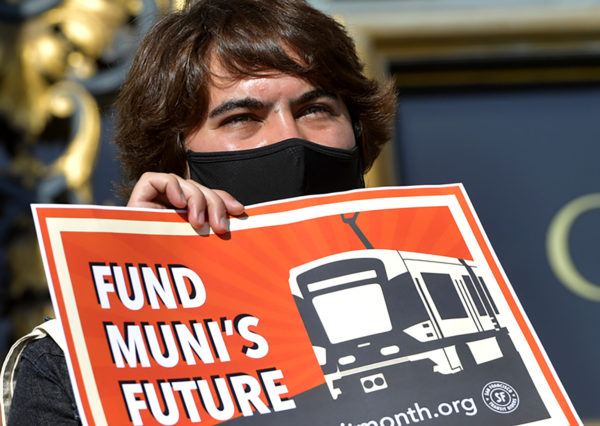