A man suffered critical injuries on Monday afternoon when a car struck him as he ran away from police and onto Interstate Highway 280 in San Francisco, police said.

Police have identified the man as Vincent Azama, 25, of San Francisco. Around 3:10 p.m., plainclothes officers stopped to investigate a double-parked vehicle on Bennington Street at Highland Avenue in the city’s Bernal Heights neighborhood.

When they approached the vehicle and identified themselves as police officers, the vehicle’s occupant exited and fled on foot, police said. The officers tried to pursue him but lost sight of him.

A witness, however, said they saw someone matching the description of the suspect near the Alemany Farmers Market on Alemany Boulevard. When officers arrived in the area, they saw the suspect later identified as Azama jump a fence and run onto southbound Highway 280. The officers then witnessed a car strike him, according to police. He was taken to a hospital and remains hospitalized in critical but stable condition as of Tuesday morning, police said. 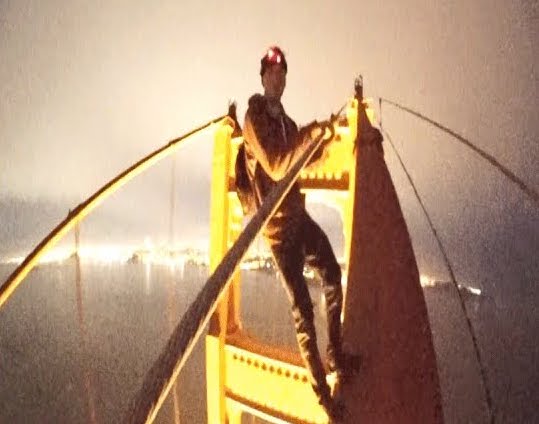