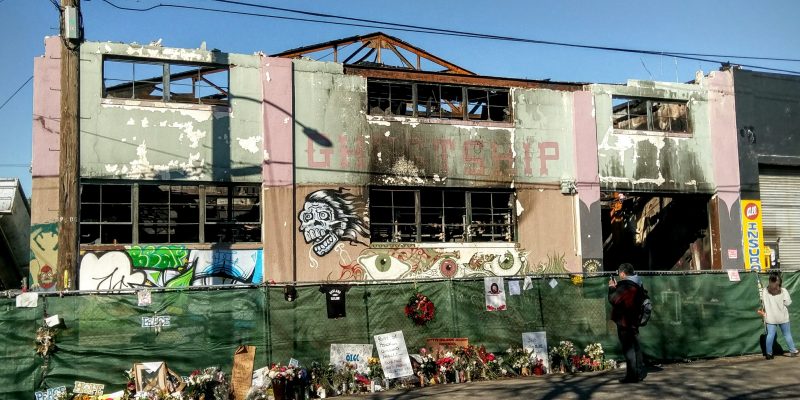 A jury on Thursday acquitted Ghost Ship warehouse creative director Max Harris on all counts but was deadlocked on a verdict for master tenant Derick Almena on involuntary manslaughter charges for a fire at the Oakland building in 2016 that killed 36 people.

The jury found Harris not guilty of all 36 counts, but Alameda County Superior Court Judge Trina Thompson declared a mistrial for Almena after jurors said they were deadlocked 10-2 in favor of guilt. Almena will return to court again on Oct. 4.

Prosecutors said the people at the party didn’t have the time or opportunity to escape the blaze since the warehouse didn’t have important safeguards such as fire sprinklers, smoke alarms and lighted exit signs.

Prosecutors also alleged that Almena and Harris violated the terms of the building’s lease, which only called for it to be used as a warehouse for an artists’ collective, by turning it into a living space for up to 25 people and hosting underground music parties there.

But defense attorneys alleged that the fire was an act of arson that Almena and Harris couldn’t have prevented.

They also said firefighters, police officers and other authorities who visited the building before the deadly fire never told the two men that they thought it was unsafe or told them to make changes to bring it up to code.

City offers multiple ways to Chase Center without a car

According to several news outlets stationed at Alameda County Superior Court Thursday, the jury has reached a verdict in the...